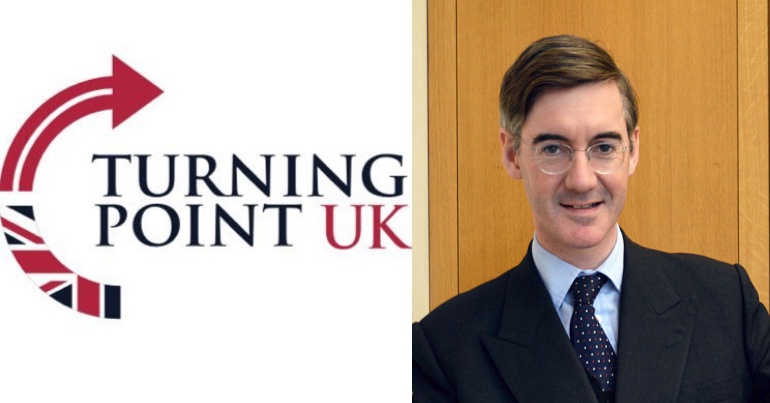 Tory MPs, including Jacob Rees-Mogg, have united in a sickening show of support for a new right-wing youth group called Turning Point UK.

Turning Point is a US youth organisation that the Southern Poverty Law Centre has classed as a “white supremacist” group. As Hope Not Hate also points out, the group tries to mainstream “extreme views”. These include conspiracy theories about “white genocide” and Islamophobia.

Hope Not Hate also explains that:

Despite its claims to be a vehicle solely for students interested in centre-right economics and small government, it has faced allegations of racism amongst members, and its ties to the far right have been noted (even by other right-wing youth organisations).

The UK branch launched on 3 February, and swiftly gained support from Ress-Mogg:

People of all ages make up their own minds. The left has no monopoly on the ‘young’. https://t.co/TQeUMqXc58

As did Ben Bradley:

I'm all for more voices making the case for #FreeMarkets and conservatism – the kind of stuff that has raised millions out of poverty (though the left still won't admit it). #YoungPeople are more political, and actually more #capitalist than ever. They want freedom & choice! https://t.co/54xv2TzYMN

Several other Tory MPs also tweeted support for the group.

It is now more important than ever to defend our values against a dogmatic left-wing political climate, education system and radical Labour Party which sympathises with terrorists, wishes to disarm the nation and whose Shadow Chancellor of the Exchequer, if elected – would bankrupt the economy.

And it didn’t take long for the group to show its true colours:

George Farmer heads up the UK group. He was a member of the notorious Bullingdon Club at Oxford University.

His father’s a Tory peer and hedge-fund millionaire who once claimed that the Lords’ £300 daily allowance was “inadequate”. Lord Farmer is a top Tory party donor and also donated £300,000 to Brexit Leave campaigns.

Farmer has been pictured posing with Paul Joseph Watson. Watson’s the editor-at-large of Infowars:

has peddled conspiracy theories such as the Sandy Hook elementary school massacre being a hoax, that the 9/11 terror attacks were a false flag, and that Barack Obama was born in Kenya. Watson also co-founded the conspiracy website Prison Planet.

Oh the scandal! I have zero involvement with @TPointUK, but the saltiness it has generated amongst leftists in just a few days is somewhat delightful. pic.twitter.com/gximpNSJrV

Farmer, meanwhile, has made no secret of his racist opinions about left-wing politicians:

Excellent article by @MsJulieLenarz
Talking about how Jew hating Jeremy has been the driving force of the anti semitism in his party.https://t.co/reR6htR8v3

These two retards have about as much economic brain as Madoff.

Does my American Flag offend you?

Other figures of note behind Turning Point UK include Darren Grimes, Tom Harwood and Steven Edginton.

Grimes was fined £20k and investigated by police for his role in the pro-Brexit BeLeave campaign. Harwood writes for right-wing Guido Fawkes and also led “the national student wing of the Vote Leave”. Edginton, meanwhile, openly lists links with right-wing thinktank Taxpayers’ Alliance (TPA) and was chief digital strategist for Leave Means Leave.

Sahmir Sanni, who blew the whistle on the Vote Leave campaign’s overspending during the 2016 referendum, stated that organisations like the TPA are “playing a dirty game”. He says this goes:

So the emergence of Turning Point UK is worrying, to say the least. As Labour’s David Lammy said:

Sinister forces are taking hold of our country. https://t.co/BmxLoPRetJ

And Harry Leslie Smith‘s son summed up the situation perfectly:

Today's Tories would give a shout out to the brown shirts of 1937 Germany if they thought it would solidify support for their Brexit stance. https://t.co/kUZC551wbX #TurningPointUK

The far-right links of those behind the group are bad enough. But open endorsements from these MPs shows just how sickeningly extreme and right-wing the Tory party now truly is.

Featured images via screengrab and LadyGeekTV/Wikimedia