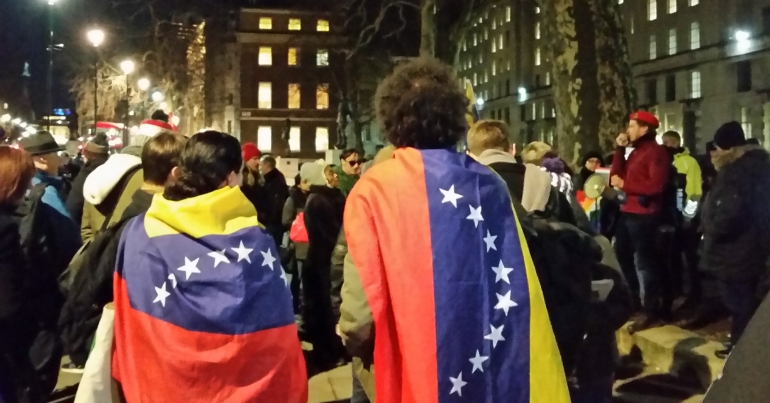 On 28 January, demonstrators gathered outside Downing Street to denounce Britain’s support for the ongoing coup attempt in Venezuela.

The Canary attended the demo, which began at 4.45pm, alongside at least 80 people.

Speakers outside Downing Street condemned the latest acts of “Western imperialism” in Venezuela and called for an end to crippling US-imposed sanctions. 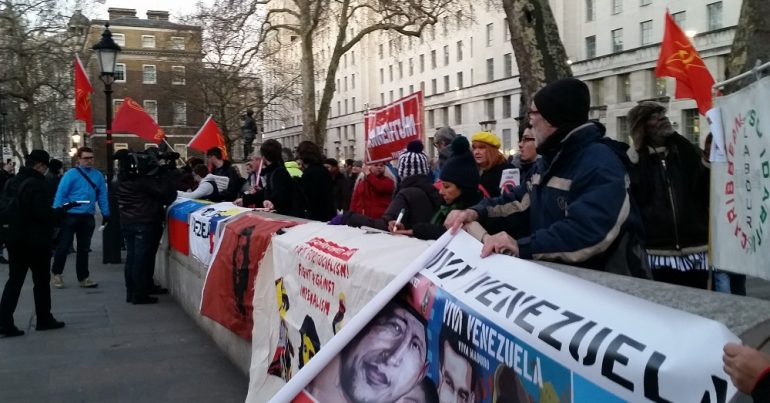 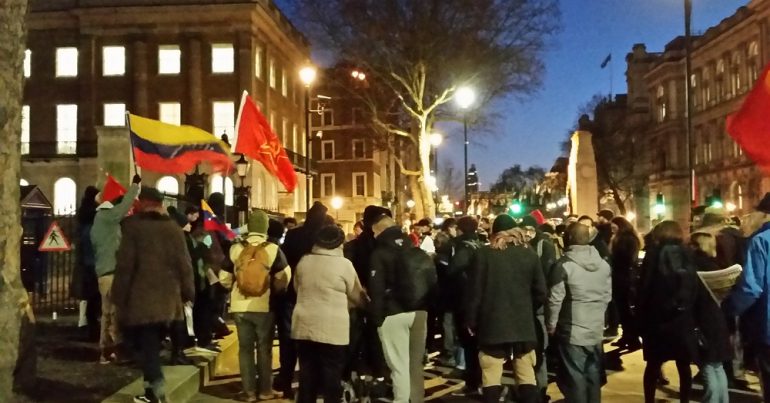 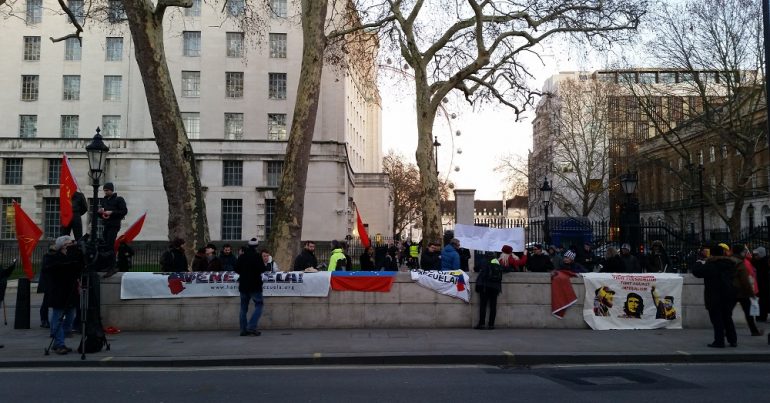 Jorge Martin of Hands off Venezuela was at the demo. And he explained the absurdity of the situation, saying:

There are many people in France… who are against the French government. There are many people in Britain who are against Theresa May’s government, who has a very slim majority in parliament. That doesn’t mean that someone who has no constitutional capacity stands in the middle of the street and says ‘I’m the president’ and then Mr Trump says ‘oh yes, he is the president’. 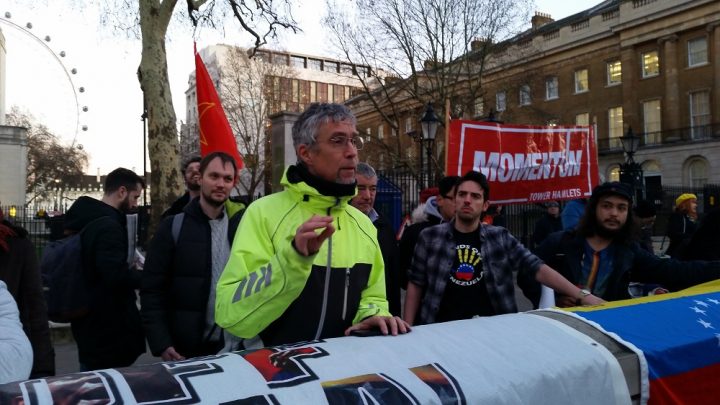 The UK demonstrations followed earlier protests outside the White House, which also slammed the US-backed coup attempt. 70 leading experts and scholars also condemned the coup in an open letter.

The AP revealed that Guaidó’s announcement was secretly orchestrated by the Trump administration last year. The “far-right” opposition leader has repeatedly called upon the Venezuelan military to overthrow the elected government of President Nicolás Maduro. But the military brass continue to support the government.

Journalist Ben Norton writes that, “in the immediate wake of the US anointing Juan Guaidó as Venezuela’s supposed ‘president'”, there are already “rapid moves to privatise Venezuela’s oil and open the door for multinational corporations”.

Venezuela reportedly has the largest proven oil reserves on the planet.

Stephen Agnew, an activist in attendance, told The Canary:

Venezuela’s electoral system has previously been called the “best in the world” by former US president Jimmy Carter, and a “model for the world” following a Forbes investigation.

But isn’t the situation bad?

There are very serious problems in Venezuela… which have been aggravated by US sanctions, [and] which have been aggravated by the fact that the British government is withholding Venezuelan gold. If the British government is really worried about the humanitarian situation in Venezuela, why don’t they hand over 14 tons of gold… which would go a long way to alleviate the conditions which are there?

Solidarity activists are planning events throughout the week.

– Write to your MP and demand that they oppose the coup and return Venezuela’s gold to the Maduro government so that it may help alleviate the suffering of Venezuela’s people (be sure to be polite and concise in order to be effective).

– Attend the Emergency Meeting at 3A, Student Central, Malet St.

– Also see about attending this Emergency Rally on 31 January 2019.