A week after Boris Johnson's woeful response to Israel’s massacre in Gaza, he finally threatens sanctions… on Venezuela - The Canary

After Israeli forces murdered more than 60 people in Gaza on 14 May, UK foreign secretary Boris Johnson gave a woeful response. But now, he has finally threatened sanctions…

A slap on the wrist for friends, but economic war for enemies

On 15 May, a Foreign Office tweet called for “restraint” regarding the situation in Gaza, without even mentioning Israel:

In a statement made by Foreign Secretary ⁦@BorisJohnson⁩ after meeting his French counterpart ⁦@JY_LeDrian⁩, he expressed concern over the violence and casualties ⁧in Gaza pic.twitter.com/ksgiqJpjZ1

Then, the UN Human Rights Council (UNHRC) voted to investigate violations of international law in Gaza, suggesting that Israel’s actions were “wholly disproportionate”. But the UK abstained.

Days later, Johnson finally activated the energy that he might have otherwise used to condemn Israel’s slaughter of Palestinians. Following presidential elections in Venezuela on 20 May, the foreign secretary said:

in the end, as one politician in this area said, things have got to get worse before they get better – and we may have to tighten the economic screw on Venezuela.

So why exactly do we need to place sanctions on Venezuela?

Essentially, Johnson is following the lead of US president Donald Trump. As the North American Congress on Latin America (NACLA) wrote on 17 May:

The Trump administration’s foreign policy toward Venezuela includes supporting a boycott of Sunday’s elections in Venezuela, hinting at the possibility of a coup, and enacting harmful economic sanctions…

And indeed, a boycott by Venezuela’s divided opposition ensured a low electoral turnout. But international observers said the electoral process itself was clean.

The low turnout (around 46%) gave fuel to a media bombardment. Politicians from the Trump administration threw about words like “sham”, “fake”, and “illegitimate”, calling the election “an insult“. And much of the Western press dutifully repeated this line. Sanctions, the US and its allies said, were essential.

But this is nothing new. Because there are already sanctions on Venezuela. And on top of the massive drop in oil prices in recent years (and, yes, some economic mismanagement from the government), these sanctions have had a brutal impact on the country.

And ongoing US hostility towards Venezuela isn’t to do with the violent unrest of 2017. Nor is it about the country’s current economic problems. Because it’s been going on for almost two decades now. In reality, it’s about what the government achieved and represented after winning the presidential elections of 1998 – independence from the US and social reforms.

Focus on Venezuela, everyone! That’s where you need to be looking!

Venezuela’s government didn’t stop the opposition from voting on 20 May. The bulk of the opposition simply chose not to participate. And out of over 20.5 million registered voters, only 6.2 million voted to re-elect President Nicolás Maduro. That means only 30% of Venezuelans decided to go out and vote for him. Hardly the kind of victory you’d expect from a ‘sham’ election.

As Maduro said himself after the vote:

.@NicolasMaduro : "If all the opposition had went to these elections united as they have always done, they would have won, and we'd be celebrating their victory." https://t.co/7IE02vaTOH

Maduro also asked, regarding the Western focus on Venezuela:

[Instead of attacking Venezuela,] why don’t they deal with the humanitarian crisis in Africa: the unemployment, the hunger, the poverty, the lack of education and services?

Why don’t they deal with the killing and the crisis in Gaza and the murders of dozens of men and women who are fighting for their land in Palestine?

Good questions. Because there are no Western sanctions on Israel for its murder of Palestinian protesters. Only apologism and victim–blaming.

The double standards are clear.

Just watch how Western media report on protests in Gaza and in Venezuela, it's very revealing. Where Venezuelan opposition can throw molotov cocktails and burn cars without condemnation, Palestinians who throw stones and burn tyres are 'basically asking to be shot'.

And where are the Western sanctions for war criminals in Saudi Arabia or Turkey? Far from criticising them, our governments wine and dine them, trying to sell them more weapons.

The worldwide crisis of ‘representative democracy’

It’s great to see our leaders standing up for democracy. But critics who highlight Venezuela’s low electoral turnout – and the fact that only 30% of eligible voters backed Maduro – should also be aware that this situation is actually the ‘democratic’ norm in many countries around the world. For example:

And the list goes on. Yet there’s little uproar about the democratic deficit in these countries.

So considering the poor records of other countries, why do Western politicians like Boris Johnson display such obvious double standards?

'So much to offer the world.' Its oil, for example. https://t.co/yXGAhgtxHs

It can’t possibly have anything to do with Venezuela’s oil, of course.

– Learn more about the world’s electoral systems, and decide for yourselves which you think are the best.

– Support Make Votes Matter, join the Electoral Reform Society, and write to your MP to ask if they support electoral reform.

– Support The Canary if you appreciate the work we do. Also see previous Canary articles on Venezuela. 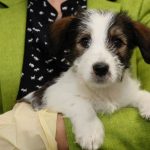