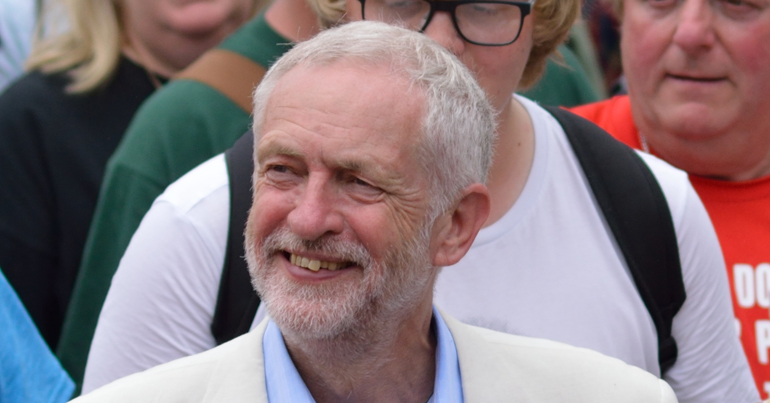 Labour leader Jeremy Corbyn and colleagues have tabled a rather tasty parliamentary motion for Wednesday 23 May.

Corbyn, and five other MPs have called [pdf, p6] on the government to reduce transport secretary Chris Grayling’s ministerial salary by £2,400 a year. The reason? His handling of the ongoing catastrophe that is the East Coast mainline rail franchise:

Opposition are using its Commons time to push a rare censure motion against Transport Secretary Chris Grayling tomorrow, saying his handling of East Coast Mainline means he should be docked £2,400 of his ministerial pay: pic.twitter.com/QXkyLvjHZM

A “censure” motion is effectively a motion of no confidence, usually reserved for entire governments. But due to Grayling’s dire track record, Labour is using this kind of motion against him.

A catalogue of failures

As The Canary previously reported, the East Coast mainline was a nationalised rail service until 2015. Then the coalition government sold it off to the private sector. It was then jointly run by Stagecoach and Virgin Trains.

But after the companies were reportedly [paywall] considering ending their contracts early, the government stepped in. It had agreed that they could stop running the service in 2020, three years early. This was because the companies “overbid” for the contract and it was not making enough money for them.

Crucially, though, the government will let them forfeit some of their £3.3bn financial obligations. As Chronicle Live reported, Stagecoach only paid £204m in the first year of the contract. The National Union of Rail, Maritime and Transport Workers (RMT) claims this is because the contract was:

Deliberately weighted so that the bulk of the payments would be made towards the end.

So the amount the government will be letting them off is likely to be over £1bn.

Then, on 5 February, Grayling said that the franchise could collapse in a “very small number of months and no more”. And now, as announced on 16 May, East Coast is back “under government control”. Although it’s actually not, as Grayling has made it a public/private partnership operation.

But Sky News political editor Faisal Islam has hinted that the shambolic situation regarding the East Coast mainline was maybe not the only reason why Corbyn has asked the government to dock Grayling’s pay:

The “humble address” Islam refers to is the other Opposition Day debate happening. Called by Labour, it is to debate [pdf, p6] “outsourcing and privatisation in the NHS”, specifically:

So has Corbyn forced the hand of the Conservatives, if only somewhat mildly? Many Conservative MPs may turn up to show right-wing solidarity with Grayling. Therefore, they then have two options: either stay and listen to Labour’s NHS debate, and vote on it, or walk out and give the Labour press team a trump card.

Corbyn seems to be going for a double whammy in parliament in just one day: rail chaos and the NHS. Both are hot topics, and both sorely need this kind of urgent action.