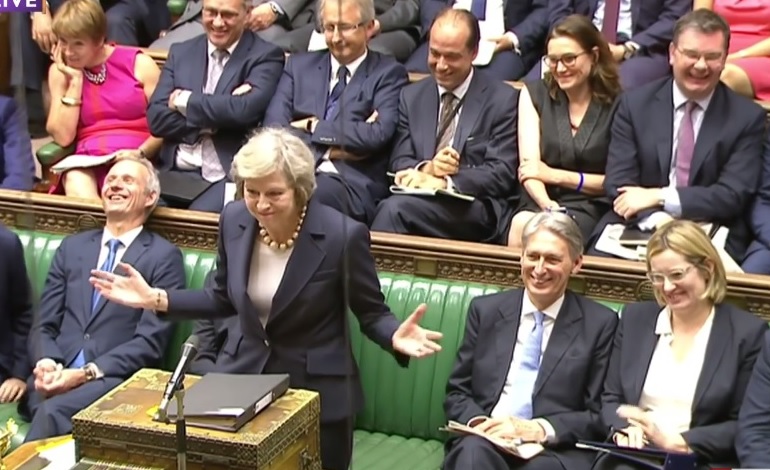 On Wednesday 29 November, the government effectively bailed out a failed privatisation to the tune of millions of pounds, with taxpayers’ money. But to make matters worse, its solution is to part-privatise even more of the service.

The East Coast mainline was a nationalised rail service until 2015. Then, the Conservative-led coalition government sold it off to the private sector. It has been jointly operated by Stagecoach and Richard Branson’s Virgin Trains ever since.

But after the companies were reportedly considering ending their contracts early, the government stepped in first. It has agreed that they can stop running the service in 2020, three years early. Crucially, though, the government will be allowing them to forfeit some of their £3.3bn financial obligations under the contract. As The Chronicle Live reported, Stagecoach paid £204m in the first year of the contract – so the amount the government will be letting them off is likely to be over half a billion pounds.

Labour and trade unions have lashed out over the ‘golden handshake’ deal. The General Secretary of the National Union of Rail, Maritime and Transport Workers (RMT), Mick Cash, said:

This is another outrage on the scandal-ridden East Coast where a successful public sector operation was smashed up to allow the private rail companies another run at ripping off the British people. The only solution to this government-sponsored racketeering is a return to public ownership and an end to corporate welfare at the taxpayers expense.

Letting the corporations off the hook

The RMT noted that:

The move will allow the train operators, Virgin Group and Stagecoach, to avoid paying huge sums back into the public purse as the franchise was deliberately weighted so that the bulk of the payments would be made towards the end of the franchise, which was due to run until 2023.

Consequently, when the government announced its plans, Stagecoach’s shares jumped in value by around 13%. This led Shadow Transport Secretary Andy McDonald to say:

Markets don’t lie. The secretary of state has let Stagecoach off the hook for hundreds of millions of pounds. He’s tough on everyone except the private sector.

As we bring this franchise to a close and as we move to the new arrangements, no one is getting any bailout at all. Stagecoach will meet in full their commitments made to the government as part of this contract.

And when Stagecoach and Virgin Trains exit their contract, the government is proposing yet more privatisation to try and solve the problem.

“Sweating” off the public

The government announced that, after 2020, the East Coast mainline (along with two other franchises) will be run by a “regional partnership” [pdf, p8]. This will consist of a private company working with the publicly-owned Network Rail. But before, only the train services were operated privately on a franchise. Now, this “partnership” will see Network Rail giving up full responsibility for the tracks and infrastructure.

It will be, as the government puts it [pdf, p37], an “active collaboration”; in other words, the government is part-privatising our rail infrastructure. The Department for Transport told The Scotsman:

We have set out our plans to end the operational divide between track and train… the East Coast Partnership will establish the first of a new generation of integrated regional rail operations.

But the RMT has already hit back, saying:

The government’s answer to the fragmented, privatised chaos on rail services is another dose of fragmentation and privatisation, this time targeting Network Rail and the tracks and infrastructure the trains run on.

Once the private train operators get their claws into the infrastructure they won’t let go until they’ve seized complete control and sweated our rail assets for every penny they can. This move would smash the national rail infrastructure to bits, lining it up for privatisation and a return to the lethal days of Railtrack which led us to a series of rail disasters.

Only the most deluded of governments could possibly think that the answer to a failed privatisation is even more of the same. But as this is the current Conservative government, nothing should surprise us anymore.