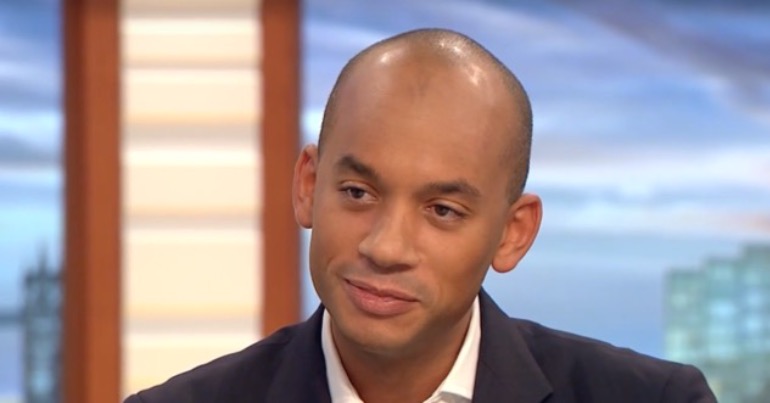 And a victory for pro-Corbyn members could ultimately pave the way for more radical politics. It would begin to wrestle party influence away from Labour right-wingers like Umunna.

Streatham members have had enough

According to Skwawkbox and a source who spoke to The Canary, many Labour members in Umunna’s Streatham constituency are unhappy with party structures. They claim Umunna’s centrist faction is attempting to limit participation by Corbyn-friendly members in order to maintain its control.

Corbyn’s democracy review looked at the democratic structures within the Labour Party and made recommendations for how local groups (CLPs) can organise. It proposed that changing between a general committee-based system (GC) and an all-member meeting system (AMM) should be made easier. Streatham CLP members have explained the democratic advantages of an AMM structure. And Owen Jones has made a short video supporting this view:

Incredibly lucky to have been joined by @OwenJones84 to discuss moving to All-Member Meetings in Streatham CLP. Membership has increased by 75% in our branch alone since Corbyn's election as leader. Let's increase participation and harness the talent in our party #OMOV pic.twitter.com/r0Zdt7QtHH

Members made clear the role of AMMs in stopping elitism:

In Labour, our members decide our policies – not unaccountable elites. That’s why St Leonard's in Streatham is voting to move to One Member One Vote or All Members Meetings. Make sure your voice is heard by coming to vote on Thursday. Read more https://t.co/xSHtP9CqiQ

While both GC and AMM structures have their supporters, GC meetings are generally considered to make it easier for a smaller faction to maintain control, while AMM allows members to have a direct input at a CLP-wide level, not just within their smaller branch.

Umunna has become a key figure within the anti-Corbyn Parliamentary Labour Party (PLP). He’s a go-to media voice for Labour opinion – despite not having a front bench position.

Umunna is a consistent thorn in the side of the party leadership. He’s regularly questioned the party’s Brexit stance while fronting the so-called People’s Vote campaign. But as The Canary has reported – and Michael Walker of Novara Media has acknowledged – his stance is by no means consistent:

It’s been said before and it’ll be said again, but Chuka Umunna was writing comment pieces calling for us to leave the single market in 2016 and has only changed his tune to try split the Labour Party. Absolute chancer. https://t.co/SIxaRD1Ku1

Umunna has described Labour as ‘institutionally racist’ over the alleged antisemitism crisis. He also implicated grassroots campaign group Momentum as being responsible, when questioning Corbyn:

Umunna provoked outrage when he told Corbyn to “call off the dogs” after many centrist Labour MPs lost symbolic votes of no confidence. The votes were called by Labour members who want to deselect MPs they feel don’t represent a truly socialist vision for Britain.

One of the defining problems of politics is elitism and small groups holding power free from accountability. Measures such as AMMs in the Labour Party, that maximise participation, are an essential antidote.

Any Labour members wishing to vote on this important matter can attend the meeting on January 31 at the following location at 7.30 pm: