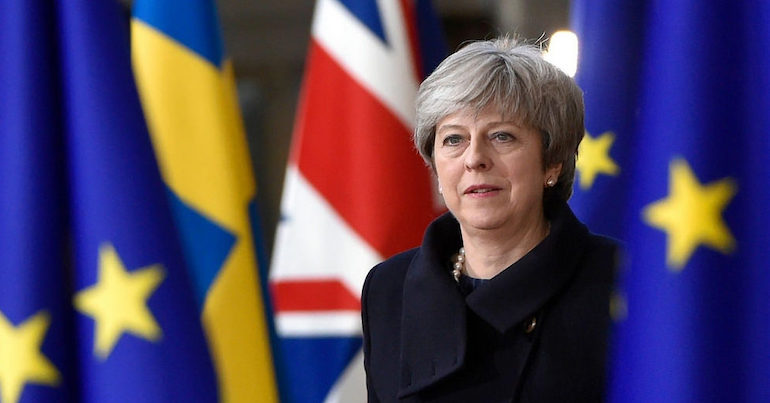 According to the right-wing media, Theresa May has secured some kind of Brexit ‘triumph’. But this isn’t quite true. And it only took Labour’s Laura Pidcock one line to point out the very obvious issues.

On 29 January, May whipped Conservative MPs to support Graham Brady’s Brexit amendment. She’s told her cabinet, and the Commons, that she can change the details of the 585-page Withdrawal Agreement and secure a “legally binding change”. Brady’s amendment, to seek “alternative arrangements” in place of the Irish ‘backstop’, apparently ‘proves’ May’s got that support.

The trouble is EU President Donald Tusk said, only moments after the vote, that the Brexit deal is “not open for re-negotiation”.

But the following day, the right-wing press announced May’s “triumph”: that “she did it” and she’d ‘united’ the party.

In just one tweet, Pidcock tore all this apart:

This newspaper is beyond a joke. The House of Commons is still against the PM’s Brexit deal; there are deep, irreparable divisions on her own side & the EU has said they will not negotiate with her on the EU Withdrawal Bill or the backstop. Sound like a triumph to you? #PMQs pic.twitter.com/1l7aIJosiH

Pidcock is absolutely correct, and the whole situation is still in total chaos.

By 30 January, Brexit secretary Stephen Barclay couldn’t explain what ‘alternative arrangements’ to the Irish backstop exist. As the Mirror reported, when the Today programme “repeatedly” asked about these plans, he:

could only say the UK was “exploring in terms of the use of technology… looking at things like the time limit”.

The EU has already ruled out both these options.

And things went from bad to worse, when May ‘flapped like a fish on land’ in Prime Minister’s Questions (PMQs).

It’s becoming clearer by the hour that there’s no change, May doesn’t have any answers, and there really is no plan.

Theresa May is going full-on nebulous today. I don’t think she has any idea what she is supposed to do next. #PMQs

Jeremy Corbyn offered the perfect analysis of this. After May’s confused and fudged ‘explanation’ at PMQs, he said: “none of that was very clear to me, I don’t know about anyone else”.

"Well, none of that was clear to me, I don't know about anybody else…."

Jeremy Corbyn sums up the mood of the nation. #PMQs pic.twitter.com/FhBF4u8Jb8

With only 58 days left to leave the EU, the only shred of hope left is that May’s government collapses. That simply can’t come soon enough.