These punk bands are uniting to fight sweatshop labour - Canary 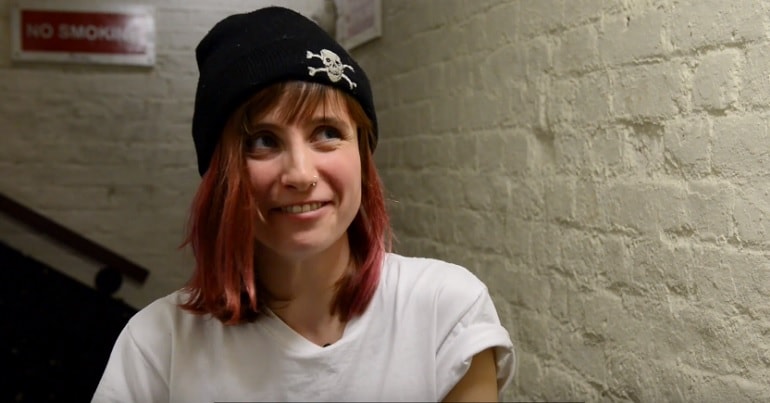 On the day of the collapse, garment workers were ordered to go to work despite the fact that cracks in the building had been identified a day earlier.

Punks Against Sweatshops is backed by current or former members of influential bands from the global punk scene. This includes the likes of Dead Kennedys, Propagandhi and Crass. It’s also endorsed by musicians making waves in the scene today like Ren Aldridge of feminist hardcore outfit Petrol Girls.

The campaign is clear in its purpose. It’s fighting exploitation and supporting the rights of garment workers by trying to kick sweatshop labour out of punk bands’ merchandise. To do this, Punks Against Sweatshops is calling on bands to pledge to not sell t-shirts made in sweatshop conditions.

In a trailer for a forthcoming film, its supporters explain why they’re backing the campaign.

Appearing in the video, Aldridge of Petrol Girls said:

Can’t really be in a feminist band and then, like, support the exploitation of women through the use of sweatshops.

You can watch the full trailer here:

But the launch of Punks Against Sweatshops isn’t the only new development in the struggle for garment workers’ rights. A group of Bangladeshi workers who survived the Rana Plaza collapse have formed a new co-operative to produce t-shirts in fair conditions.

Teaming up with campaign group No Sweat, the co-op will be producing t-shirts for sale in the Global North. No Sweat plan to use profits made from sales to fund garment workers’ trade unions. This means that as well as supporting workers in the co-op, they can also fund the fight against sweatshop exploitation in factories where it persists.

The launch of Punks Against Sweatshops and new workers’ co-operatives are important. The garment industry is rife with exploitation. The Rana Plaza collapse drew the world’s attention to abuses, but it is just the tip of the iceberg.

In 2012, Adidas faced heavy criticism for not contributing to severance payments for 2,800 workers formerly employed at an Indonesian factory. In 2017, high street brands were found to be sourcing clothes from Myanmar, where children were paid as little as 13p an hour. And in 2018, three brands – H&M, Benetton, and Abercrombie & Fitch – faced allegations of using a factory in India where workers faced death threats and beatings.

Unfortunately, the garment industry isn’t alone in its use of highly exploitative practices. In fact, similar practices have been found in industries such as ICT manufacturing.

Labour monitoring organisation Electronics Watch exposed numerous worker suicides in Chinese ICT factories since 2010. Samsung was forced to apologise to workers in 2018 after campaigners alleged 118 people had been killed by chemical exposure in its South Korean factories. And Samsung has also faced allegations of operating a ‘no-union’ policy.

Exploitation is endemic in manufacturing. We need more campaigns like Punks Against Sweatshops that not only shine a light on abuses, but also offer practical support to workers facing them.