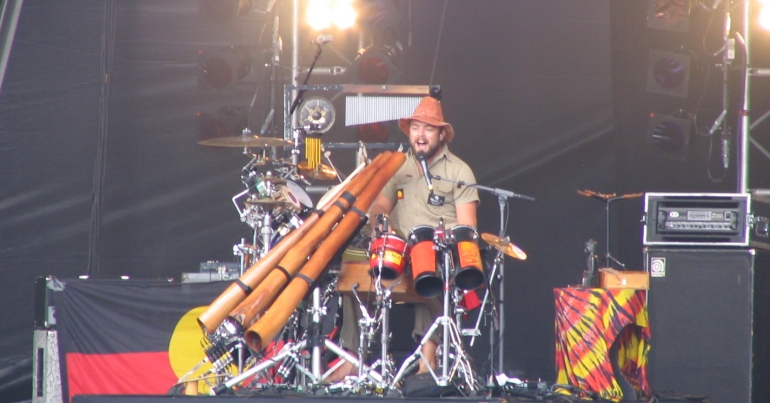 Australian Palestinian and Jewish activists have called on singer and songwriter Xavier Rudd to cancel his planned concert in Israel:

We see that you intend to perform two concerts in Binyamina in Israel in July. We ask you to reconsider this in the light of the increasingly well-known and well-supported boycott that began in 2005.

Rudd is planning two concerts in Israel on 8 and 9 July.

Palestinians are calling on artists not to play concerts in Israel. The Palestinian Academic and Cultural Boycott Initiative (PACBI), tweeted in support of the call:

Human rights activists urge singer-songwriter @xavierrudd, who has supported the First Nations people in Australia, to stand in solidarity with the indigenous Palestinian people and cancel his shows in apartheid Israel.

Support for the struggle of First Nations people in Australia

Xavier Rudd has long been a passionate advocate for First Nations people in Australia. Rudd’s great-grandmother had Aboriginal heritage and he has been adopted into an Aboriginal nation in Arnhem Land. In one of his most popular songs Rudd wrote:

Soldier on soldier on my good country man.

And you feel you’ve been chained and broken and burned

And those beautiful old people, those wise old souls have been ground down for far too long

By that spineless man, that greedy man

But your dreaming and your warrior spirit lives on.

The Canary contacted Xavier Rudd for a comment about the call for the concert to be cancelled but had not received a reply at the time of writing. We hope he does get in touch.

Both Palestinians and First Nations people in Australia have suffered expulsion from their lands, massacres and mass imprisonment at the hands of colonisers. We hope that Xavier Rudd chooses to stand with Palestine, as he has stood against oppression elsewhere, and heeds the call not to play in Israel until Palestinians achieve justice.