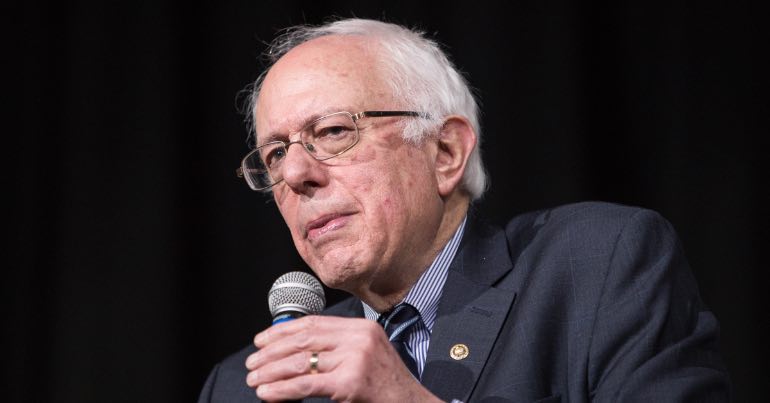 Bernie Sanders has revealed his plans to eliminate student debt. Calling it a “revolutionary proposal”, he also slammed so-called experts who criticise millennials for their spending habits. Sanders instead argued that young people are broke because of low-paying jobs and high levels of debt.

Sanders wrote on Twitter that millennials are being ‘shamed’ by wealthy people for buying coffee and avocados. But he said the fact of the matter is that “young people are broke because they’re drowning in debt and low wages”.

He also explained that criticism of young people for their spending habits is a distraction. Instead, people should focus on “an economy that’s rigged for the richest 1%”.

But Sanders has gone one step further and has committed himself to ending student debt.

Students given a lifeline

Sanders has proposed new legislation that will forgive all student debt. Ilhan Omar and Pramila Jayapal, both congresswomen, are the bill’s co-sponsors. Calling it a “revolutionary proposal”, he went on to say that it’s time for the government “to tax Wall Street’s greed” for the greater good.

If successful, his plan would get rid of $1.6tn of student debt for roughly 45 million people. Sanders also highlighted the fact that one in four Americans has student debt. And, what’s more, he revealed that 40% will default within the next four years.

During a press conference announcing the legislation, he argued that:

Today we are entering a proposal which will allow every person in this country to get all of the education that they need to live out their dreams because they are Americans.

He went on to insist that:

in the wealthiest country in the history of the world it is simply not acceptable that our younger generation, through no fault of their own, will have a lower standard of living than their parents

And given this, he declared that it’s wrong to sentence millennials “to a lifetime of debt” because they wanted an education.

A history of fighting for equality

Sanders has shown that he has a history of fighting for equality. The proposal of him and his co-sponsors further proves this. If the US is going to change for the better, eliminating student debt is one step in that process. Nobody should owe thousands of dollars just because they want an education.

This is the situation that millions of Americans find themselves in. At the same time, the US spent $649bn on its military in 2018. This shows where the loyalties of the political elite lie.

But if Sanders’ plan is successful, millions of people won’t have to suffer under a lifetime of debt for daring to want an education.