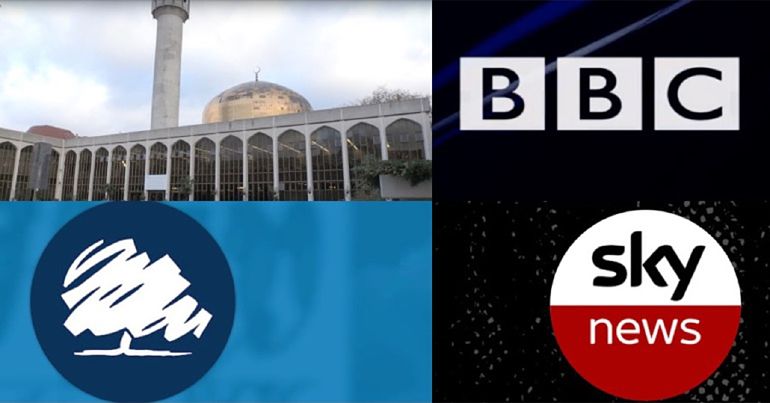 New polling conducted by YouGov on behalf of anti-racism group HOPE not hate exposes the true scale of Islamophobia in the Conservative Party. This comes despite repeated denials about the problem by senior Conservative politicians.

But the broadcast media’s silence on the story again raises questions about double standards when covering different forms of racism. And it shows the different energy that seems to be given to racism stories involving Labour compared to the Conservatives.

The poll was taken online and included a sample of 864 adult members of the Conservative Party who were surveyed between 14 and 18 June.

Considering these people will now pick the country’s next prime minister, the views documented are shocking.

A new poll, carried out by HOPE not hate and @YouGov, shows that Conservative members show worrying beliefs in Islamophobic myths, and don't want a Muslim Prime Minister.

That's why we've written to @BorisJohnson and @Jeremy_Hunt.

HOPE not hate reports that:

And on immigration, the report said:

Conservative members are much more opposed to immigration from people from a Muslim background than from those of other faiths: just 3% say that immigration policy should be geared to higher Muslim immigration, compared to 12% for people fleeing war, 16% for Jewish people and 25% for Christians. While any legal immigrant should expect the same welcome, the fact that members view immigrants different according to their faith suggests an underlying prejudice

Conservative members believe “the lie” about Islam in the UK

HOPE not hate also address myths and lies that many Conservative members believe.

For example, 67% believe there are areas of Britain that operate under Sharia Law. And only 18% believed this isn’t the case. Similarly, 45% believe that “there are areas in Britain in which non-Muslims are not able to enter”

It’s notable that such ‘no-go area’ ideas are the same as those pushed by the racist far right.

No problem to solve, apparently…

Yet the same polling shows Conservative members don’t think there is a problem with Islamophobia.

In a tweet, HOPE not hate was defiant about its findings:

If anyone says the @Conservatives doesn't have a problem with Islamophobia, show them this 👇🏿https://t.co/TG0Znt0rIv

It also highlighted that the Conservative Party seemed unconcerned by the story:

Official reaction from the Conservative party re. rampant Islamophobia among its members. pic.twitter.com/5Vkn9EY0QL

The group also made the following demands of the Conservative Party leadership to solve the problem: 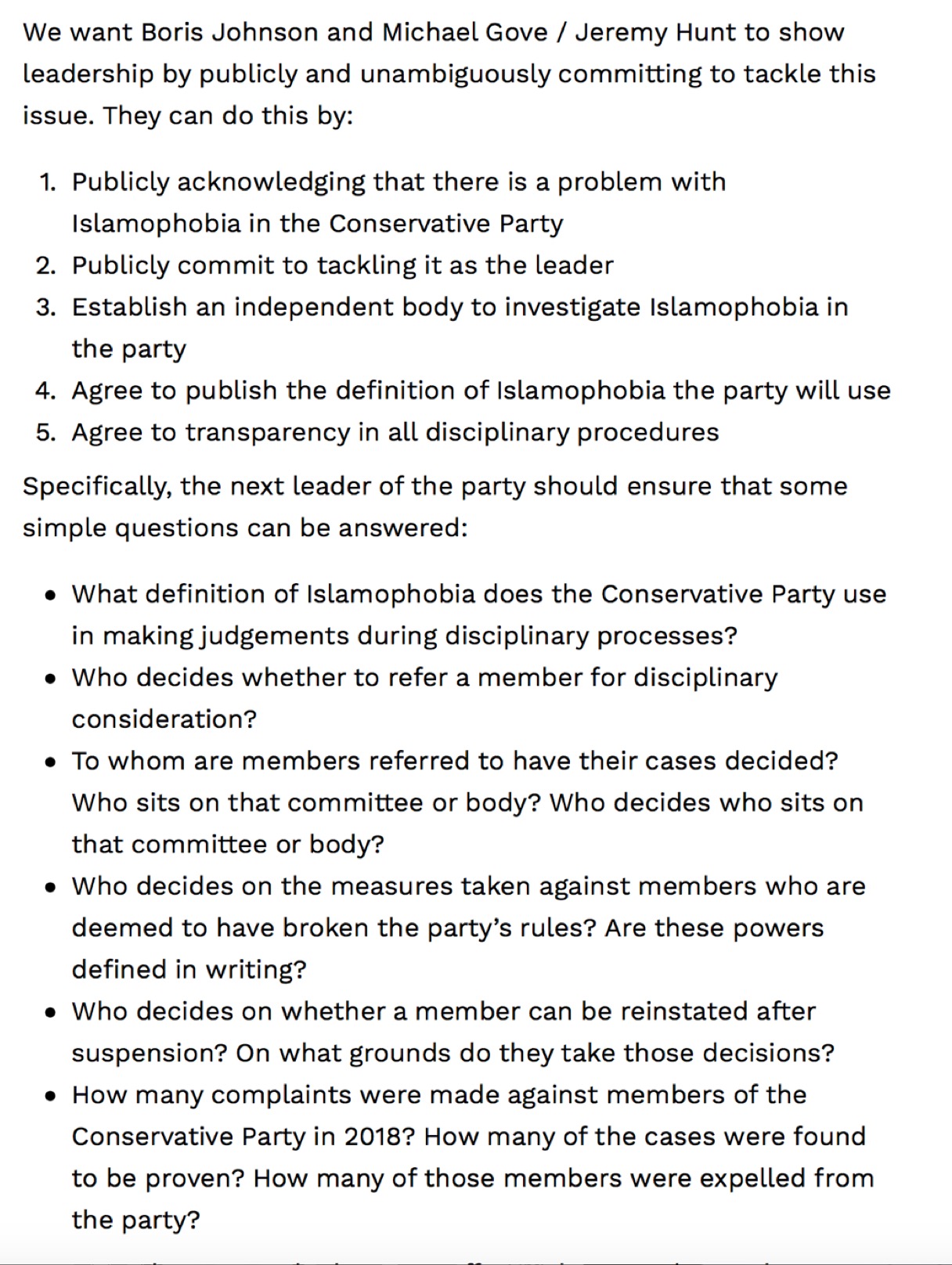 Despite these shocking findings, there’s silence on the story from the establishment broadcast media.

At the time of writing, The Canary’s online search of the BBC, Sky, ITV and Channel 4 News websites showed none had reported the story.

The simple question arises: why not?

According to Adam Bienkov, political editor of Business Insider, a Labour Party source said they were less than happy:

Labour are furious about the lack of coverage of this by BBC and others today. Labour source: "You'd think it would be all over the news. No wonder Tories are in denial about racism in their party, they're getting a free pass from most of the UK media…" https://t.co/IxjHmb2bJR

What if it was Labour?

Considering the comparably relentless media focus on Labour’s problems with antisemitism, it’s unsurprising many are questioning the different treatment of the two issues:

To all in the MSM and the commentariat that have ignored or glossed over the shocking findings of this survey, spare us the crocodile tears over racism in Labour.

Oh, it's about Tory members & Muslims?

It's not really that newsworthy, is it?https://t.co/LY7uBBYNrX

Writer Jamie Stern Weiner wondered what would be demanded if the two issues were dealt with equally:

Given what was demanded of Labour, the obvious question is: Shouldn't the Conservative Party commence investigations with a view to suspending or expelling half its membership? https://t.co/TnQ0YSoEiH

Conservatives can’t deny the problem any longer, but the media are helping them to

As HOPE not hate documents, there was already a catalogue of evidence showing widespread Islamophobia in the Conservative Party. The new polling only confirms the scale of a problem highlighted by people like former Conservative minister and Muslim, Sayeeda Warsi.

But if the media doesn’t report it, or give it similar prominence to comparable stories involving Labour, it’s harder for political pressure to solve the problem. It also unfairly protects the Conservative Party’s reputation and keeps Labour exclusively in the crosshairs of an internal party racism scandal.

The story suggests yet again that, for much of the media, racism in some places matters more than in others.