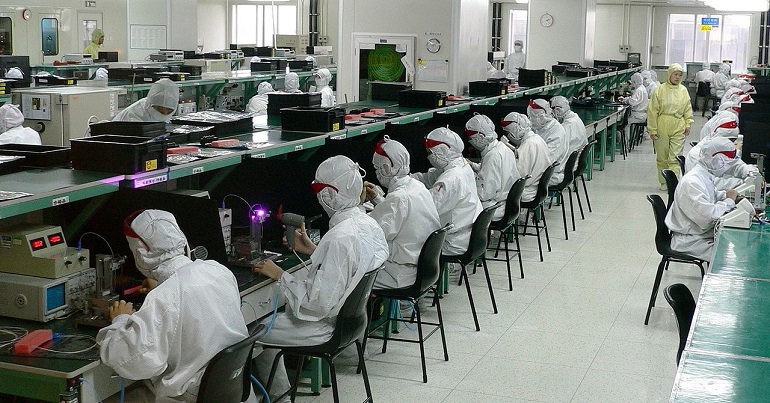 The Danish media investigation group Danwatch, carried out the investigation. It gathered the findings from interviews with factory workers.

In its shocking report, Danwatch alleges:

Such allegations are shocking. If true, they show major workers’ rights abuses.

However, the employer denies all the allegations. A spokesperson from the Possehl Group said its Malaysian factory:

is convinced that it has fully observed all regulations and legal requirements.

According to Danwatch, these issues are common in the Malaysian electronics industry. Danwatch claims:

Malaysia has become one of the world’s greatest exporters of the basis of all modern electronics: computer chips. But in the process, the country became addicted to the labour of poor migrants working under modern slavery-resembling conditions.

Other evidence supports this claim. A study by Verité found that 32% of foreign workers in the Malaysian electronics industry are in a form of forced labour. Malaysia is also one of a few countries that hasn’t adopted an International Labour Organisation convention guaranteeing workers trade union rights.

This report adds further evidence to what People & Planet has been saying for years: Workers rights and migrant rights are inherently interlinked, and the violence of both borders and capitalism forces vulnerable people into unjust and unsafe situations.

Clarke’s criticism was echoed by another People & Planet campaigner. Nick Werren from Surrey People & Planet accused the industry of a “disgusting lack of oversight”. Werren told The Canary:

This research clearly exemplifies a disgusting lack of oversight in the electronics supply chain, where companies are directly benefiting out of an economic model that is designed to exploit people in the Global South. We need structural change to mitigate this, as the abuses outlined in this report should never have happened in the first place.

Danwatch’s investigation shines a light on some of the worst practices of the electronics industry. But it comes at a time when people are increasingly taking action to improve working conditions.

On the Danwatch findings and how they relate to Electronics Watch’s work, Clarke told The Canary:

We encourage all UK institutions with obligations under the Modern Slavery Act to take seriously this evident risk of exposure in the electronics industry and take robust steps to mitigate by adopting worker-driven monitoring, such as that offered by Electronics Watch.

The revelations from Danwatch are shocking. But more and more organisations are taking action to stamp out labour rights abuses in their own supply chains. If that number grows, we could yet see widespread change. This could mean violations like these become a thing of the past.