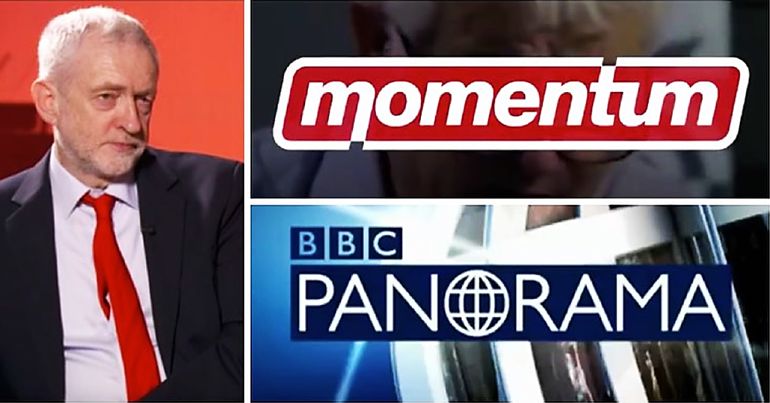 But one of the Labour left’s largest grassroots organisations, Momentum, has expressed serious doubts about the BBC’s impartiality.

The BBC describes the programme:

Panorama goes inside the anti-Semitism crisis gripping Jeremy Corbyn’s Labour Party. With exclusive interviews from key insiders and access to confidential communications and documents, this is the story of how the crises developed. Reporter John Ware reveals the evasions and contradictions at the heart of the political party which leader Jeremy Corbyn says has anti-racism at its very core.

But Momentum has serious concerns about the documentary. And in an email to supporters on 10 July, it warns:

Tonight’s Panorama on Labour and anti-semitism claims to be a fair and objective look at the situation in Labour. But the evidence suggests that it’s going to be another anti-Corbyn hatchet job.

It then links to a video released on social media titled “Is the BBC impartial on Jeremy Corbyn?”:

What do you think?

Both the email and the video raise “questions” about the documentary’s producer, Ware.

In the email, Momentum argues that:

As a public broadcaster the BBC has a duty to be impartial. Yet it has employed the former Sun journalist and Corbyn critic John Ware to direct tonight’s documentary.

It then lists what it calls Ware’s “greatest hits”:

The video also claims that Ware has “repeatedly been a vocal critic of Jeremy Corbyn”. And it asserts that:

It’s clear John Ware has an anti-Labour agenda and he should not have been employed to direct a ‘fair and impartial’ documentary about Labour.

An open letter to the BBC director general: major concerns raised about impartiality

Momentum’s email ends with a link to an open letter addressed to Tony Hall, the director-general of the BBC.

The letter elaborates on the concerns raised about Ware listed above, claiming he has “a long track record of opposition to the left in Labour”.

For example, it alludes to the 2015 BBC Panorama documentary, Jeremy Corbyn: Labour’s Earthquake, claiming it:

excluded an entire interview with Diane Abbott because, in her words, it didn’t fit the narrative.

This refers to this tweet posted by Abbott at the time:

Panorama on Corbyn a hatchet job. I did long interview. None used. Didn't fit their preconceived narrative. pic.twitter.com/9HV6zWwufz

The same documentary was the subject of a thorough critique by Tom Mills, author of The BBC: Myth of a Public Service.

The letter goes on to criticise other work by Ware. For example, it accuses him of falsely implying that: “the head of a pro-Palestinian charity was using it as a front for terrorism” and says: “the BBC was forced to pay damages to the individual and publicly apologise on Ware’s behalf”.

Includes ex-Labour staffers with an axe to grind?

The letter also raises concerns that the documentary will include disgruntled ex-Labour staffers. It claims:

there are reports that the majority of interviewees in tonight’s documentary are ex-Labour staffers – the very people who purged thousands of Labour members to stop them voting for Jeremy, resisted implementing Shami Chakrabarti’s recommendations and may have delayed action on antisemitism to undermine Jeremy’s leadership.

They have no credibility on this subject and have a clear political agenda against Jeremy Corbyn.

In breach of BBC guidelines?

The BBC guidelines state that “impartiality lies at the heart of public service and is the core of the BBC’s commitment to its audiences.” It is obvious that employing a man with an anti-Labour agenda to direct a documentary about Labour is in breach of these guidelines.

And it makes the following demands from the BBC:

We are writing to you to demand an explanation as to why John Ware was hired, and that you hold a review into how documentary content about Labour is produced, ensuring that future documentaries adhere to BBC guidelines as well as basic journalistic standards.

People must remain vigilant of the BBC

It is likely that the airing of this documentary will lead to a fresh wave of stories about antisemitism in the Labour Party.

But as Momentum’s efforts makes clear, the BBC will find its output heavily scrutinised every step of the way.