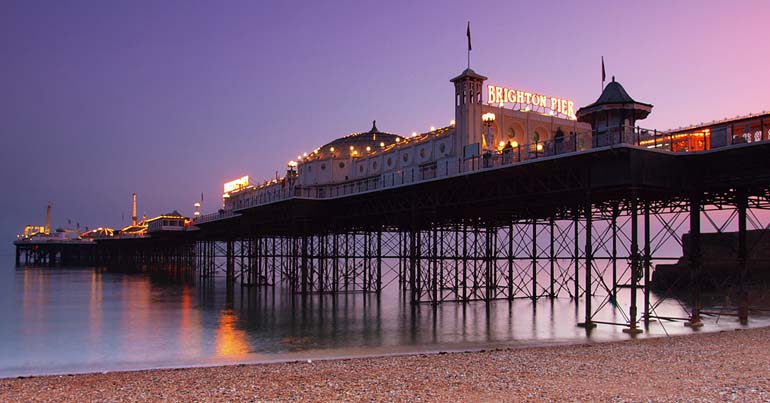 Passengers “ejected” a man from a bus because of his reportedly “vile racist” behaviour. And while police are still searching for the abuser, the online response shows the strength of community action.

“The woman… remained calm and collected”

Brighton and Hove News reported that passengers “ejected” a man from a bus in Brighton for launching a racist tirade. The man, who hasn’t yet been identified, shouted: “f***ing Syrians” and “f***ing Muslims” at a woman and her children. Fellow passenger Mark Laverick tweeted photos of the culprit shortly after the incident, which happened on 6 July:

I have just witnessed this low life subject a Muslim woman with 3 young children to the most vile racist abuse on number 7 bus along Jimmy Street/Rock Gardens. Passengers threw him off bus! @BtonHovePolice @BrightonHoveBus @brightonargus @jowadsworth @lloyd_rm pic.twitter.com/yxMkktNpT7

He launched into her for no reason. The woman wasn’t really responding to what was going on. … A couple of other passengers rallied round, and a big bloke from the back of the bus ejected him at Rock Gardens.

Another witness told Brighton-based paper the Argus that:

Throughout the encounter the woman who was on the receiving end remained calm and collected. It is a dreadful thing for her to have to experience, more so having such young children with her.

I pleased passengers took action: shows that we will not allow racism here in Brighton but I hope that @sussex_police will take immediate action to track down the criminal and charge him, with you as witnesses.

Passengers on a @BrightonHoveBus chucked a man off the bus following racist abuse. Three cheers for those #upstanders ! Our sympathies to the family, who should not have to suffer abuse in our #cityofsanctuary . https://t.co/vvKKHsaPmj

In Brighton we don't sit round taking videos on our phones or just shouting insults at racist abusers….we eject the fucker off the bus!! https://t.co/aChDyxOwzJ

Good upstanders. The racist was probably banking on everyone being bystanders. Well done people of Brighton.

While some pointed out irony in the man’s choice of t-shirt:

I love that the police want to question him but he's already wearing a t-shirt that says WANTED FOR BAD BEHAVIOUR.

And one person said this type of action needs to be more common:

Brighton and Hove Police are still searching for the man in the images and have asked people with information to “please contact us online or ring 101 quoting serial 1383 of 06/07.” Meanwhile, Brighton and Hove Buses managing director Martin Harris said the company “will not tolerate behaviour like this”. He added that all passengers “deserve to feel safe and respected” while travelling and that the company “will do everything to ensure they do”.

British Transport Police have reported huge increases in reported hate crimes on public transport. In the year April 2013 to March 2014 people reported a total of 2,116 crimes, for example, while figures were nearly double for April 2017 to March 2018 at 3,759.

It’s up to us to fight racism and other forms of bigotry. Brighton’s spontaneous community response is a perfect example of what we can all do when witnessing hatred. And by standing up to such abusive behaviour, we can all help each other to feel safe and respected.