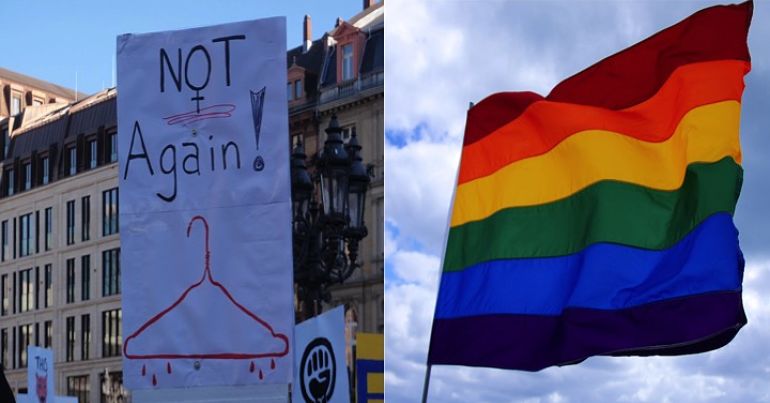 On 9 July, MPs finally voted to introduce same-sex marriage and abortion access in the north of Ireland. But despite understandable optimism, this groundbreaking decision comes with a warning. The new laws may not take effect if Sinn Féin and the DUP restore power-sharing before 21 October.

Furthermore, even in the event of power-sharing being restored after 21 October, the power-sharing assembly (Stormont) could repeal the legislation. But little can take away from this epic vote for equality, which further isolates the DUP’s anti-equality position.

Stormont hasn’t fully functioned since it collapsed in January 2017 as a result of DUP leader Arlene Foster’s involvement in the botched renewable energy heating scheme. So it hasn’t been in a position to pass equality legislation.

But even when a majority in Stormont voted in favour of same sex marriage in 2015, the DUP used its veto to block it. The DUP has also consistently opposed abortion in the north. And as the DUP was among the minority who voted against McGinn and Creasy’s amendments, it’s likely the party will try to repeal this decision when Stormont returns.

During Brexit negotiations with the EU, the DUP mantra is:

Northern Ireland should not be treated differently to the rest of the UK.

Yet it insists on different treatment when it comes to abortion and marriage equality. It also continues its opposition to an Irish Language Act for the north. Irish language campaigners claim such an act would “protect their language rights”.

The DUP’s position is in contrast to that of Sinn Féin, its power-sharing partner in Stormont. Sinn Féin has fully supported same sex marriage for a number of years. And in June 2018, it changed its policy from supporting the right to an abortion in limited circumstances to fully supporting the right to an abortion within the first 12 weeks of pregnancy.

You can’t stop this change

The restoration of Stormont is unlikely before 21 October. At present the north is in the midst of the contentious and sometimes violent marching season. Talks to restore Stormont are “on hold”, and the DUP’s Ian Paisley stated:

Regardless of what happens in Stormont, this vote is a major step forward. It’s a clear message to the DUP that it can no longer veto the democratic process. But most importantly, it’s a loud and clear message that equality will be respected.