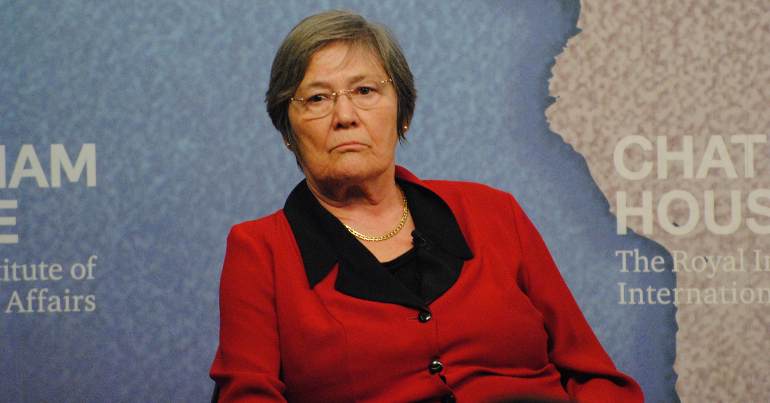 The smear campaign against Jeremy Corbyn and his allies shows no sign of abating. It seems his opponents on the right will sink to any depths to dethrone him as Labour Party leader. But now, a former MP has spoken out. And a renowned academic has backed her words up.

In a letter to the Financial Times titled Anti-Semitism accusations are misplaced, former Labour MP Clare Short suggested that the smear campaign is a response to “the growing awareness of the injustice and suffering inflicted by Israel on the Palestinians”. She also pointed out that, “given Jeremy Corbyn’s history on the question, supporters of Israel have worked to extend the definition of anti-Semitism to include criticism of Israel”.

Short added that, far from being something endemic to the left, antisemitism – along with Islamophobia, which is more widespread in society but is paid far less attention – are actually most closely associated with the far right. She said, “the research evidence is clear that anti-Semitism in the UK is rare and prejudice against Muslims is extensive, and both attitudes are concentrated on the right”.

[The] effect [of the smear campaign] is to frighten people and prevent discussion of Israel’s cruelty to the Palestinians and grave breaches of international law and the geopolitical consequences of the west’s lack of commitment to international law on this question.

Short resigned from Tony Blair’s front bench over the invasion of Iraq.

Just weeks earlier, Canadian psychologist and writer Gabor Maté also spoke out about the situation. And he didn’t hold back. Maté, who is himself Jewish and a former Zionist, said:

It’s laughable, [or rather] it would be laughable if it wasn’t so sad. The reality is that the Israeli state oppresses, disenfranchises, dispossesses, destroys, kills, demolishes the houses of, tortures, invalidates the Palestinians. That’s the actual reality. And nobody is supposed to talk about this because if you talk about it, you’re an antisemite. And if Jeremy Corbyn goes to a rally where a Jewish holocaust survivor dares to say that what we’re doing to the Palestinians is reminiscent of what the Nazis did to Jews – Jeremy didn’t say this, a Jewish survivor said this – but because Jeremy’s there at this rally, he’s now accused of being an antisemite.

He then doubled down:

It’s utter nonsense and if I was talking to any one of those fellow Jews of mine who made those claims, I would say, ‘don’t be ridiculous!’

The whole antisemitism charge, when it comes to the Palestinian issue, is simply a way to intimidate and silence critics of horrendous Israeli policies.

Clearly, there are people on both sides of the Atlantic who are cluing up and speaking out against this ridiculous and transparently politically-motivated stunt to silence critics of Israeli policy and put the reins of power back into the hands of the Labour right. And we should applaud Short and Maté for speaking out.