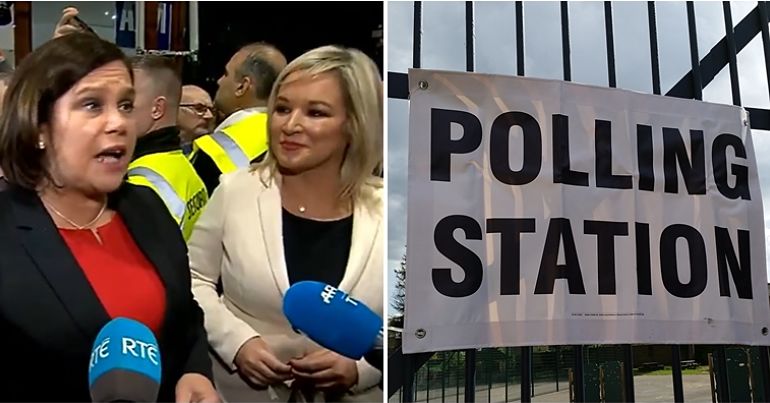 Just over 100 years later, and the 2020 election could be almost as historic. Because it looks set to shake up the 100-year conservative stranglehold on Irish politics. Because with 134 of the 160 seats already filled at the time of writing, Irish left-wing parties have taken 60 of them and secured 41.5% of all first preference votes. And while it still may not keep one of the two conservative parties out of government, it’s broken their grip on Irish party politics. In short, the Irish left has shaken the two-party system to its core.

Since October 1922, the south of Ireland has been led by either Fine Gael (and its predecessor Cumann na nGaedhael) or Fianna Fáil. But after almost 98 years of this status quo, a change appears to be on the horizon. These two parties have been in the dominant position in previous coalition arrangements. That won’t be the case on this occasion.

The stranglehold these two parties have had over Irish politics was further underlined after the 2016 election. Then, no single party had an overall majority, and clear coalition partners didn’t look obvious. The Irish left didn’t have sufficient numbers to form a government either. So once again, it was Fianna Fáil and Fine Gael that took the reins. Fianna Fáil agreed to support Fine Gael in government through a confidence and supply arrangement as Fine Gael had the greatest number of seats. This arrangement was not unlike the one entered into by the UK Conservative Party and the DUP in 2017.

The Fianna Fáil/Fine Gael arrangement was supposed to last just three budgets. However, the delay over Brexit extended that arrangement into 2020 as neither party wanted an election while Brexit was looming. Yet that very agreement appears to have backfired electorally on Fianna Fáil as it tied it to Fine Gael’s record in government.

The government’s record was most pressing for Irish people in this election, and it’s why they demanded change. There’s a crisis in housing, homelessness, and health. Fianna Fáil and Fine Gael’s time in power has worsened all three. The fact that demand for houses has outstripped supply not only means a lack of houses for those wishing to buy, but it has led to soaring rents. Homelessness increased by 60% since this current government took power in 2016.

Of the left-wing parties, Sinn Féin will be the largest. At the time of writing, it has 37 of the 60 left-wing seats, and it took almost 25% of all first-preference votes.

The only downside for Sinn Féin is that it only ran 42 candidates. Because the Irish electoral system – proportional representation with a single transferable vote (PR-STV) – means the excess votes received by the first elected candidate can transfer to their running mates (and this assumes that voters decided to select their running mates as their number two or number three preference).

But that’s something for another day; because the day belonged to the left and to Sinn Féin. And it was a huge turnaround from Sinn Féin’s poor local election result last year.

In this election, though, the magic number is 80. Because that’s the minimum number of seats needed to form a government. That’s the number Sinn Féin will need to get to with its partners to form the next government.

The final result won’t be complete for another day at least. Such is the way with PR-STV, as every vote counts. But there’s no rush in that, because this result is massive, and the moment should be savoured.

Add to this the positive developments in Spain and Portugal, and it shows that left-wing alternatives are not only possible but that people are prepared to back them.