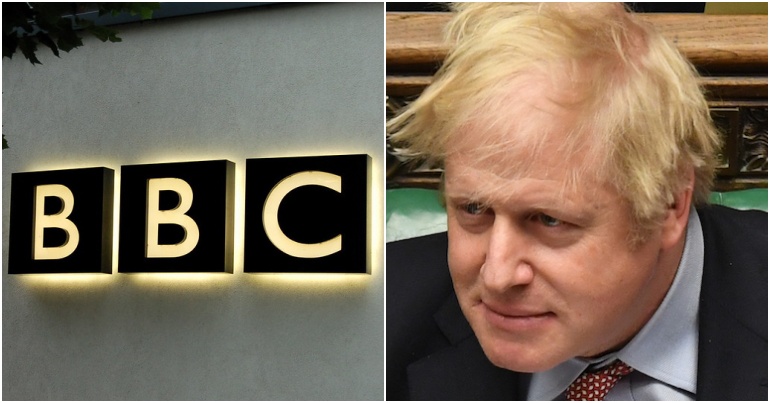 In January, BBC director-general Tony Hall announced his resignation. On 10 February, the BBC published a job advert for his replacement. But the names linked as potential front-runners for this position should worry us all. Because it seems highly likely that a Tory coup on the broadcaster may well be nearing completion.

On 5 February, culture secretary Nicky Morgan suggested the government might axe the BBC licence fee. Speaking to an audience at Policy Exchange, a right-wing thinktank, she said “we must all be open minded about the future of the licence fee” after 2027. Clearly, change is coming.

And now, according to the i, Elisabeth Murdoch is the “surprise contender” to take on Hall’s role. It also reported:

Although Downing Street’s dream choice to lead the BBC into a post licence fee future would be a longstanding critic such as Rebekah Brooks, CEO of Rupert Murdoch’s News UK, a figure such as Ms Murdoch would prove an acceptable compromise.

Elisabeth Murdoch is one of Rupert Murdoch’s daughters.

That Murdoch and Brooks have even been linked to this role is concerning.

Firstly, because of their obvious links to media tycoon Rupert Murdoch. Although the News of the World is no more, Brooks is head of Murdoch’s News UK which owns the Sun, the Times, and the Sunday Times. On 26 January, News UK announced “an attack on the BBC with the launch of a new radio station to rival the embattled Radio 4“. So clearly, the Murdoch empire has the BBC in its sights.

But it’s even more worrying because of Murdoch’s track record in the arts. And given the extent of BBC bias against the left already, there’s a perfect storm brewing.

If Murdoch did fill this role, it would have serious implications for all BBC output, especially drama. Because Murdoch’s already a highly controversial figure in the arts world.

In 2017, she joined Arts Council England’s (ACE) National Council. This was seen by many as a “corporate takeover of the arts”. In 2017, Theresa May appointed Nicholas Serota head of ACE and he immediately brought Murdoch into the mix. This also highlights the revolving door between successive Tory governments and senior arts positions. Because in 1988, Margaret Thatcher gave Serota an influential role as Tate director. And as artists noted:

during Serota’s reign at Tate, he supported artwashing in the form of BP sponsorship, refused to recognise unions, privatised staff positions, introduced the use of zero hour contracts, presided over a culture of widespread bullying, privatised information…

Serota repeatedly used his position to privatise the institution, forging relationships with corporate and private interests, no matter where the money came from or at what cost to the environment or human rights.

None of this bodes well for the BBC.

As for BBC politics, bias peaked in the 2019 general election. As The Canary‘s Emily Apple reported, a few lows of note included:

So we now have a Murdoch-backed Tory government, and we can’t ignore the role that our supposedly impartial public broadcaster played in making this happen. But if Murdoch does succeed Hall, it will be ‘coup complete’ for the Tories.