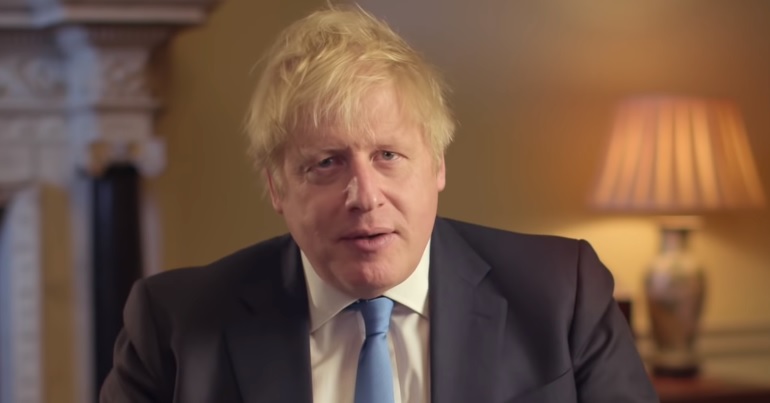 Anyone who was forced to suffer eight long years of Boris Johnson as London mayor is acutely aware of his affection for gimmicky, and often bad, ideas.

His mayoral antics pale in comparison to his latest brainwave, though. And people are pointing out the massive flaws in his ‘bright’ idea.

The prime minister is considering building a bridge between Scotland and the north of Ireland. A spokesperson for Number 10 confirmed that “a range of government officials” are looking into the prospect.

The initial response from the public, however, was less than approving:

Thought we had it bad with an insulting 50p. Now the Brexit Bridge is proposed to link two nations that both rejected Brexit.

Boris Johnson thinks he can save the union with £15 billion bridge https://t.co/dpoAZ8H3G6

People were particularly aghast by the fact that the PM’s plan could see a bridge built over waters that the British have used as a dumping ground for over 1m tonnes of munitions – especially as the UK doesn’t even bother monitoring that military waste:

Reminder what engineers think of building a 22 mile bridge through a deep and stormy munitions dump pic.twitter.com/odNFyZD87E

The Irish Sea and the unused munitions, explosives and nuclear waste that the UK dumped in it might be worth considering just now – https://t.co/Le6LYQAH9v

Now in a symbolic sense, building bridges isn’t a bad thing (unlike Donald Trump’s wall). But in a union as divided as the UK is currently, Johnson’s grand gesture of unity may not work out quite how he intends, as people pointed out:

It would make a nice parting gift from #Boris for when a #UnitedIreland say fukketybye to the UK, and join up with an independent Scotland (and maybe Wales) to prosper in the EU. Pity I'm English…#BorisBridge #CelticBridge#AnotherBrexitSuccess

A bridge to link an independent Scotland to a United Ireland paid for by English taxpayers. Thanks Boris 👍👍👍 #borisbridge #bridge #scotlandirelandbridge https://t.co/4sTDObxlFQ

That would be something; Johnson trying to shore up support for the UK to stay together by building a bridge, only to have the two countries it runs between leave the Union.

At least it would give those two nations something positive to remember Westminster for. After all, for many people in Scotland and the north of Ireland, there appears to be little else that will.