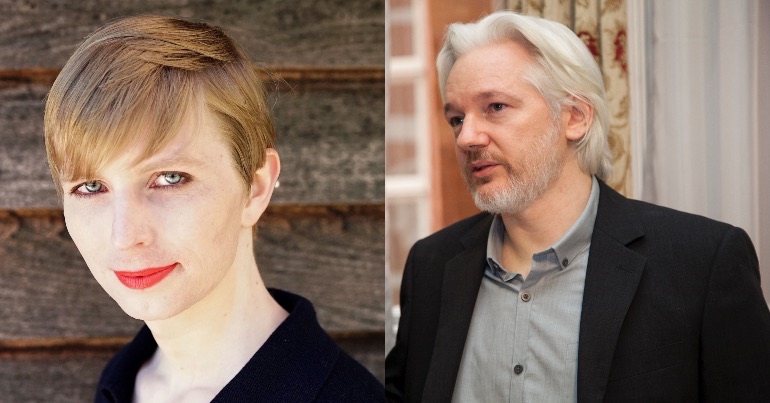 Lawyers acting on behalf of imprisoned whistleblower Chelsea Manning have lodged a motion, arguing for her release. This comes as WikiLeaks tweeted that Julian Assange‘s lawyers intend to produce ‘bombshell’ evidence at next week’s extradition hearing.

Meanwhile, more evidence has emerged to further the argument that the extradition hearings should end on the grounds of extreme prejudice by UK authorities.

In 2013, former US army intelligence analyst Chelsea Manning was convicted of violating America’s Espionage Act – along with other offences – and sentenced to 35 years imprisonment.

Manning was responsible for leaking hundreds of thousands of documents relating to the invasion of Iraq and the Afghanistan conflict. These were subsequently published by WikiLeaks,

Perhaps Manning’s most infamous war crime exposé was the video of a US Army helicopter in Baghdad firing on civilians, including a Reuters photographer and his driver. The crew also fired on a van that stopped to rescue one of the wounded men.

Reporters working for WikiLeaks determined that the driver of the van was a good Samaritan on his way to take his small children to a tutoring session. He was killed and his two children were badly injured

Here is the full version of what happened in that killing spree:

A matter of principle

In March 2019, Manning was compelled to testify to the WikiLeaks grand jury. But she refused to do so – or, as she later explained, to any grand jury – as a matter of principle. Consequently, she was imprisoned. She was released in May, but later re-arrested and returned to jail. She has since accrued daily fines amounting to at least $230,000.

I have been separated from my loved ones, deprived of sunlight, and could not even attend my mother’s funeral. It is easier to endure these hardships now than to cooperate to win back some comfort, and live the rest of my life knowing that I acted out of self-interest and not principle.

Now Manning’s lawyers have issued a motion, arguing that their client is incoercible and so should be released.

Chelsea Manning has shown unwavering resolve consistently throughout her life, even in the face of excruciating consequences. Her declaration (Exhibit A) articulates her perceptions and the moral basis for her recalcitrance. Her solemn patience during eleven months in jail without having been accused, let alone convicted of a crime, speaks for itself. The report of Dr. Sara Boyd (Exhibit B [under seal]) identifies and explains the characterological attributes from which Ms. Manning’s persistence and morals spring, and those attributes that function to entrench and fortify those morals. The letter of Nils Melzer (Exhibit C) not only casts serious doubt on the permissibility of coercive sanctions, but provides profound moral support for Ms. Manning’s self-perception. The petition signed by 60,000 people (Exhibit D) is compelling evidence of Ms. Manning’s wide social support, and the kind of impact the withdrawal of that support would have on Ms. Manning, were she to change her position. No realistic possibility remains that continued confinement or other sanctions will bring about Ms. Manning’s testimony. Further confinement cannot attain its stated coercive purpose, and therefore will be not simply futile, but impermissibly punitive.

Ms. Manning’s recalcitrance and fortitude have only solidified with each new challenge and each passing day. Her incarceration is not serving its only permissible purpose. For that reason, the motion should be granted in its entirety.

The key issue before Judge Trenga is whether continued incarceration could persuade Chelsea to testify. Judges have complained of the ‘perversity’ of this law: that a witness may win their freedom by persisting in their contempt of court. However, should Judge Trenga agree that Chelsea will never agree to testify, he will be compelled by the law to order her release.

In a memorandum accompanying the motion it’s argued why the continued imprisonment of Manning is not lawful:

the inquiry must be into whether her current confinement is likely ever to lead Ms. Manning to testify before the Grand Jury…If the witness can show by a preponderance of the evidence that there is no reasonable possibility that she will testify, then continued confinement is unconstitutional, and contrary to the mandate of 28 U.S.C. §1826.

As Ms. Manning’s resolve not to testify has been unwavering, and as her moral conviction, for which she is deservedly renowned, has become only more developed since her confinement, her incarceration is no longer serving its coercive purpose. For that reason, the motion should be granted in its entirety.

Coercive confinement is considered a violation of international law.

Should the motion succeed, there are arguably implications for Assange given the US authorities may have hoped Manning could be compelled to testify against the WikiLeaks founder. This is in regard to the initial charge of “Conspiracy to Commit Computer Intrusion”.

A chat log between Manning and ‘Nathaniel Frank’ (alleged by US authorities to be Assange) was presented at Manning’s court-martial (a fuller, un-redacted version of the chat logs is available here). But there are problems with that evidence.

On page 21 of an FBI affidavit, reference is made to a question to ‘Frank’ about LM [LAN Manager] hash cracking (breaking a password in the network Manning had access to). ‘Frank’ responded by saying “Yes… we have rainbow tables for [LM]”. Two days later, Manning asked if there were “any more hints about this [LM] hash?” ‘Frank’ stated, “no luck so far.”

Investigators have not recovered a response by Manning to Assange’s question, and there is no other evidence as to what Assange did, if anything, with respect to the password.

In other words, the affidavit indicates that successful prosecution of Assange on the critical password cracking charge – and perhaps on other charges too – would rely on Manning’s full co-operation.

Meanwhile, Assange’s lawyer Jennifer Robinson has now claimed her client was approached by then US Republican congressman Dana Rohrabacher with an offer of a pardon from US president Trump. It would be conditional on Assange providing proof that the DNC emails were not hacked by Russia.

Rohrabacher denies this version. However, another of Assange’s lawyers, Baltasar Garzón, clarified that his client was:

both testimony and “documentary proof” of the claim will be offered to the court at the full hearing that opens Monday [24 February].

In a tweet, WikiLeaks confirmed this version of events and added that more “bombshells” are to follow:

Chronology matters:
The meeting and the offer were made ten months after Julian Assange had already independently stated Russia was not the source of the DNC publication.
The witness statement is one of the many bombshells from the defence to comehttps://t.co/XsAmJe6n9j

Separately, an investigation by journalists Mark Curtis and Matt Kennard has revealed extensive links between former home secretary Sajid Javid, who signed the US extradition request, and leading US political figures who called for the murder of Assange.

This follows earlier revelations by The Canary. Meanwhile, an investigation and other pieces by Curtis and Kennard exposed the intelligence and related links of the family of judge Emma Arbuthnot, who has overseen the extradition hearings.

The above revelations may provide further reasons why the extradition should be denied and the proceedings declared void on grounds of extreme prejudice by US and UK authorities.

Meanwhile, on 22 February, over 40 legal professionals signed a letter to UK prime minister Boris Johnson, demanding the US extradition request be denied and Assange released. Assange has also received a surge in support from within the journalist fraternity. And there are moves to provide him with a Swiss visa.

As for Manning – a recipient of many awards, including the Guardian’s Person of the Year and the Sean MacBride Peace Prize – it is time she is given her freedom too.

The coming days or weeks may prove decisive.