Almost two decades after 9/11, the true extent of the 'War on Terror' gets exposed in new report - Canary 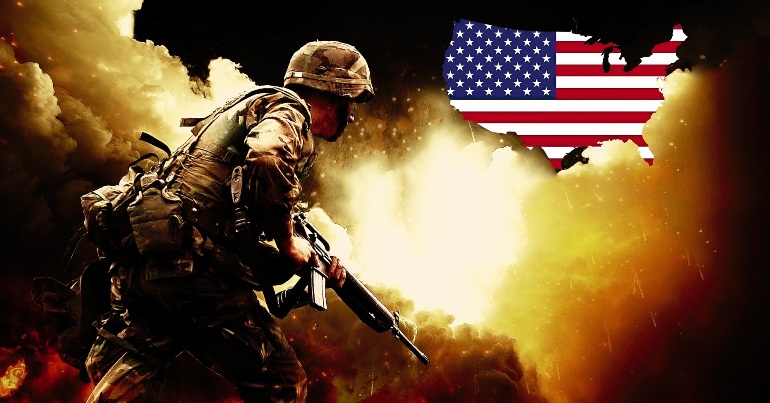 19 years ago, the US experienced the worst terrorist attack within its own borders in the country’s history. Shortly after, then-US president George W Bush launched the so-called ‘War on Terror’. This included the invasions of Afghanistan and Iraq as well as a large number of covert military operations, including drone strikes and targeted assassinations.

The number of civilian deaths from these activities has been estimated in the millions. Meanwhile, the US lost thousands of soldiers and the UK hundreds in combat across the Middle East. Now, a new report has put the number of people displaced from the ‘War on Terror’ in the tens of millions. And this raises serious questions about the true motivation that lies behind this and other aspects of US foreign policy.

On 8 September, a research report produced by two leading US universities titled Creating Refugees: Displacement Caused by the United States’ Post-9/11 Wars was released to the public. Published as part of Brown University’s Costs of War Project, the report says that as many as 59 million people have been displaced as a result of US military intervention across the Middle East.

The report adds that 37 million would represent a conservative estimate. At least that number of people have “fled their homes in the eight most violent wars the U.S. military has launched or participated in since 2001”. Even this lower estimate represents a large increase from the estimate of 21 million people in last year’s report, which also put the death toll at over 801,000 and the cost at about $6.4tn.

Remembering the hijacking of 9/11 as a cynical ruse…

The timing of the report was significant given that 11 September 2020 marks 19 years since the 9/11 terrorist attacks in 2001. As The Canary has previously argued, conspiracy theories that claim the attacks were part of some kind of ‘inside job’ by the US government are far-fetched and arguably even harmful to the cause of opposing needless war. Nonetheless, it is beyond doubt that the Bush administration cynically seized on the attacks as a justification for ramping up US intervention in the Middle East.

Along with his neoconservative cronies like Dick Cheney (then-vice president) and Donald Rumsfeld (then-secretary of defense), Bush claimed that the attacks were caused in part by ‘rogue states’ undermining US national security by ‘harboring terrorists’. The reality was that several governments in the Middle East were beginning to be seen as insufficiently loyal to Washington’s interests. This included the government of Saddam Hussein in Iraq, which the US and UK supported and even gave aid and sold arms to in the 1980s, during its brutal war against Iran.

Meanwhile, the world’s large multinational corporations, on whose behalf the US government acts, were hungry to get their hands on the lucrative contracts that would inevitably emerge in the wake of an invasion. In the aftermath of the 2003 Iraq invasion, for example, Halliburton Corp – the petroleum giant once led by none other than Dick Cheney – was handed US government contracts in Iraq worth over $1.7bn. By 2013, this had ballooned to over $39bn. Fellow US corporate giant Bechtel, meanwhile, won a contract worth $680m for multiple infrastructure reconstruction projects – later increased by $350m.

Oil and the Hitlerian ‘big lie’…

The idea that lust for oil was the major motivation behind the ‘War on Terror’ is often dismissed by neoconservatives and liberal interventionists alike as a deranged conspiracy theory. But there is, in fact, ample evidence that it was at least part of the rationale. As Alan Cafruny and Timothy Lehmann point out in their essay Over the Horizon?: The United States and Iraq, public denials on this issue long predate the ‘War on Terror’. And they’ve often gone alongside open admission of this very motivation in private. They write:

Churchill had thought it vital in 1913 that Britain become ‘controller at the source’ of large oil reserves. …

…contrasted with the actual reality

But as scholar Michael Klare (who The Canary interviewed in May 2020) put it in his book Blood and Oil: The Dangers and Consequences of America’s Growing Dependency on Imported Petroleum:

We know that such statements cannot be true—the entire history of U.S. intervention in the Persian Gulf discredits them

Indeed, in 2006 then-oil minister in the US-installed puppet Iraqi government said himself:

And Iraq is far from an isolated example. In fact, the entire ‘War on Terror’ was never about fighting terrorism. Rather, with the public understandably shaken by the 9/11 attacks, fears over another such attack were seized on by neoconservatives. These fears were then used as a convenient ruse to manufacture consent for the continuation and expansion of a global imperialist system led by the US, in which military force is put in the service of corporate profit – with its European allies acting as accomplices. And that system long predates 9/11.

So the findings of this latest report are just one expression of what has long been obvious to even the most casual observer of US foreign policy – that there’s no limit to how many lives US administrations of both parties are willing to ruin, or how many countries they are willing to devastate, in their pursuit of profit. In sum, the US-led capitalist and imperialist status quo has degenerated into nothing short of a death cult.