The US has re-joined the Paris Agreement. But it's not enough to save our climate. - The Canary 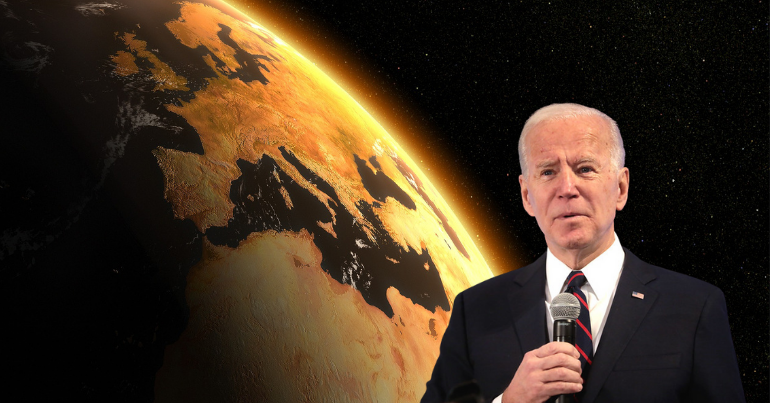 The US has re-joined the Paris Agreement and committed to climate action. But experts and activists warn challenges remain.

On the first day of his presidency, Joe Biden signed an executive order taking the US back into the Paris Accords. This order undid his predecessor’s rejection of the agreement, and leaders across the world hailed the order as a positive.

To @JoeBiden and @KamalaHarris.
Best wishes on this most significant day for the American people!
We are together.
We will be stronger to face the challenges of our time. Stronger to build our future. Stronger to protect our planet. Welcome back to the Paris Agreement!

Despite this, as researchers continue to document the increasing consequences of global warming, some experts and activists say climate action must go further.

In 2015, 196 countries undertook the Paris Agreement, a treaty with the aim of limiting global warming to 1.5 degrees Celsius.

The agreement required national governments to submit plans setting out how they would reduce greenhouse gas emissions. The agreement also said richer countries should assist lower-income countries in adapting and reducing emissions.

In 2017, Donald Trump announced the US would leave the Paris Agreement, a withdrawal that was formally completed on 4 November 2020. The US represented 15% of all global emissions as of 2020, leading many climate experts to criticise the withdrawal decision.

‘We have not done enough’

Even as the US brings some hope to climate goals, experts warn current policies are lacking. According to organisations Climate Analytics and New Climate Institute, continuing on current policies would not achieve the 1.5°C goal.

The organisations predict that current policies have a likelihood greater than 97% of putting us on a pathway to a temperature increase of more than 2°C.

It's getting hotter 🌡 The world is on course for a temperature rise of 3.2˚C.

Regardless of their participation in the agreement, countries across the world remain involved in fossil fuel production.

The UN Environment Programme reported in December that many countries plan to increase fossil fuel production in the coming years. One of the authors of the report warned that moving beyond fossil fuel-driven economies was essential during recovery from coronavirus (Covid-19).

Despite this, many countries are continuing with actions detrimental to the climate. Norway recently gave rights to oil and gas exploration to 30 companies, including Shell. Brazil, whose Paris Agreement target requires them to stop illegal deforestation by 2030, cut down more than 11 thousand sq km of rainforest in 2019-2020.

Meanwhile, the effects of continuing climate change have become ever-more salient over the past year. Scientists warned that 2020 was one of the top three warmest years on record, warning of a “catastrophic” temperature rise.

A new study has found that the rate of ice loss on earth is increasing, raising sea levels and increasing flooding risk.

The Paris Agreement aims to keep temperatures below 1.5 degrees Celsius—but I want people to understand that a rise of 1.2 degrees Celsius is already hell for me and other people living in Uganda and on the African continent. #schoolstrike4climate #FridaysForFuture pic.twitter.com/P6YrX9GF9P

While the Paris Agreement holds national governments to account, climate action from organisations outside of it is just as important.

In the US, more than 600 local governments have created plans for climate action, outlining targets for emission reduction.

Cities across the world have joined the Carbon Neutral Cities Alliance, pledging to achieve carbon neutrality in the next 10-20 years.

The support for climate action is ever-growing. But to make any meaningful difference, bottom-up and grassroots action must be supported by more aggressive emission cuts on a national scale. And while the US rejoining the Paris Agreement is welcomed, it’s clear that it needs to go much further if we want to have any chance of saving our planet.