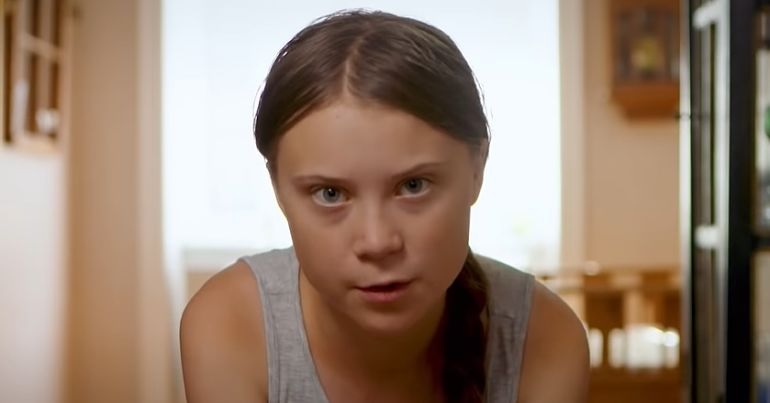 POLITICO Europe and other media organisations are facing flak for hosting climate events that are sponsored by polluting companies. European NGOs are refusing to appear at future events until outlets start shunning such sponsorship and have called on policymaking participants to do the same.

Greta Thunberg has joined this chorus of disapproval, ridiculing the European Commission’s involvement in a Shell-sponsored event on Twitter. As she said, though, it does “summarize our current situation” well, whereby polluting companies are at the heart of climate debate and policy.

The EU discuss its so-called "climate targets" in an event "presented by Shell".
It's hard to picture a better way to summarize our current situation. If nothing else, at least it's refreshingly honest. https://t.co/FNHUUdWiMk

“It’s a conflict of interest”

POLITICO Europe organised the event that Thunberg flagged in her tweet. Shell has sponsored other events on EU policy hosted by the media outlet, but POLITICO Europe isn’t alone. The European NGOs have called out the Financial Times and Euractiv for their acceptance of fossil fuel sponsorship too.

The NGOs, which include Greenpeace and Global Witness, recently wrote an open letter to the media organisations. In the letter, the NGOs stated that they will no longer accept invitations to speak at fossil fuel-sponsored events on EU policy. As Fossil Free Politics’ Lala Hakuma Dadci commented:

We call on media to stop this practice — but also on policymakers not to participate when invited.

As the fossil fuel industry is responsible for a large part of the climate crisis, they don’t have any space in today’s debate. It’s a conflict of interest.

In response to the criticism, a POLITICO Europe spokesperson said that event sponsors do not influence editorial content. They stated that:

the objectivity, independence and integrity applied to our coverage … also apply to our POLITICO Live events.

A platform for dialogue?

Shell has responded to the NGO’s letter. A spokesperson said that the POLITICO Europe event series it has sponsored “aims to provide a platform for dialogue on the EU’s transition to climate neutrality among all stakeholders”.

The polluting company has recently been in the news for sponsorship elsewhere. The Science Museum in London accepted the company’s sponsorship of its Our Future Planet exhibition, and has faced ample criticism and protest as a result. As Channel 4 revealed, that sponsorship came with conditions. The Science Museum signed a gagging clause, essentially promising not to say or do anything that could damage Shell’s “goodwill or reputation” during the exhibition’s run.

In relation to the media events, Shell’s spokesperson also commented that the company:

Low carbon technologies include things like carbon capture and storage, burning trees or biomass for energy, and – as was the case for the POLITICO Europe event in question – hydrogen energy.

It’s no surprise that Shell would throw money at media events that platform ‘low carbon technologies’. A report in June by Corporate Accountability and numerous other NGOs called The Big Con pointed out that many of the touted technologies are not adequate climate solutions – at least in the short-term. But The Big Con report argued that they are perfectly sufficient for enabling big polluters to “delay, deceive and deny” in relation to real solutions – namely keeping fossil fuels in the ground.

As the European Commission’s appearance at the Shell-sponsored hydrogen event illustrates, many policymakers are currently trying to advance these precarious solutions, rather than take the meaningful and rapid action necessary.

Thunberg hit the nail on the head when she described the event as “refreshingly honest”. This is where we currently are: the establishment media and policymakers limiting the debate on climate solutions almost entirely to risky ones endorsed by polluting industries.