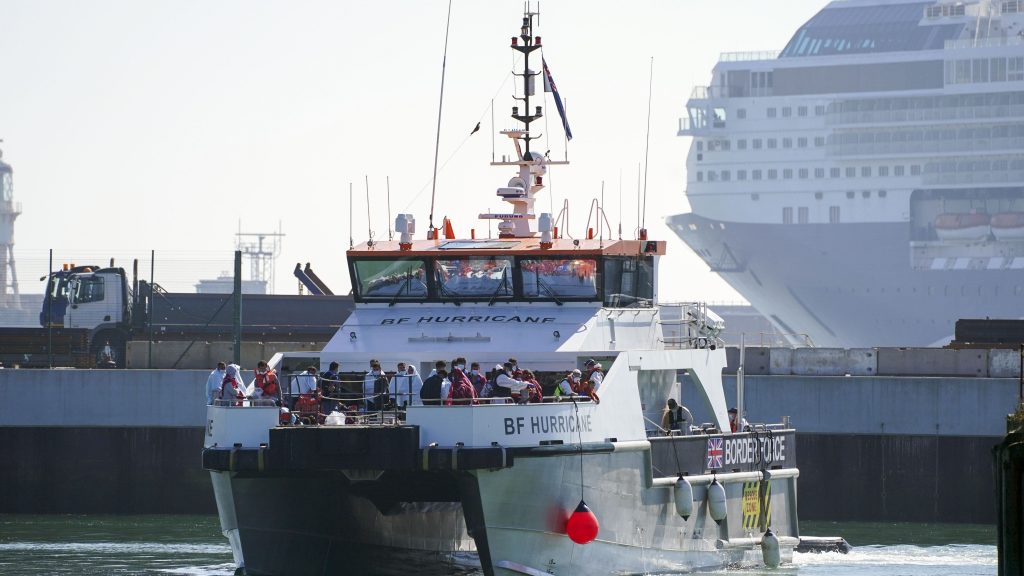 The French interior minister Gerald Darmanin hit back at home secretary Priti Patel on Thursday amid reports she had sanctioned tactics to turn back refugee boats towards the continent to stop them from making the journey to the UK. This has led to a war of words between Britain and France .

Patel is said to have ordered officials to rewrite maritime laws and Border Force staff have reportedly taken part in special training on handling migrant boats.

A “cowardly” and “cruel” plan

The suggestion has prompted an outcry from aid charities and campaigners who branded the plan “cowardly” and “cruel” and one which could risk the lives of refugees, while the legality of the tactic has been called into question.

Darmanin said France would not accept any practices which breach maritime laws and that the country would not be subjected to financial blackmail.

Earlier this week government sources confirmed Patel told MPs she was prepared to withhold millions of pounds of cash promised to France to help step up patrols unless an improvement in the number of migrants intercepted by French authorities is seen.

The pair met on Wednesday to discuss the migrant crossings during the three-day G7 interior minister’s meeting at Lancaster House in London.

Different accounts of the same meeting?

A Government source said the meeting was “constructive”, adding:

The home secretary was clear with the French interior minister that the British public expect to see results.

But less than 24 hours later, according to translations of his posts on Twitter, Darmanin said:

France will not accept any practice contrary to maritime laws, or financial blackmail.

He said he had made it clear to his equivalent Patel that the arrangements with Britain must remain, adding:

The friendship between our two countries deserves better than postures which harm cooperation between our services.

I don’t think any single approach is going to solve this challenge, which sees criminal gangs target some of the most vulnerable people, and we want to work with our French counterparts, and indeed, the wider EU, on a range of options to address this long-standing problem.

This could all be unlawful

James M Turner QC, a barrister and arbitrator specialising in cross-border commercial and shipping disputes, said on Twitter that turnbacks are “highly unlikely to be lawful (even if it were practicable and safe).”

Turning boats around at sea in the world’s busiest shipping channel is dangerous and risks lives.

That the home secretary is even considering these dangerous proposals shows how badly she has lost control of this situation.

Darmanin has also rejected a UK request to set up a joint command centre in northern France, with police and border force officers from both countries patrolling the coastline and the Channel, The Times said.

What was the deal?

Earlier this year, the UK and France announced an agreement to more than double the number of police patrolling French beaches. It was the second pledge of its kind in a year, in a bid to stop small boats from leaving France.

As part of the deal, the Government pledged to give France £54 million to support its efforts to stop small boat crossings. At least 14,100 people have now crossed to the UK aboard small boats this year, data compiled by PA shows.

The total for 2021 so far is already nearly 6,000 higher than the amount of people who made the crossing in 2020. Illegal migration is anticipated to be the subject of focus for the final day of the G7 meeting on Thursday as Border Force boats remained active in the Channel.