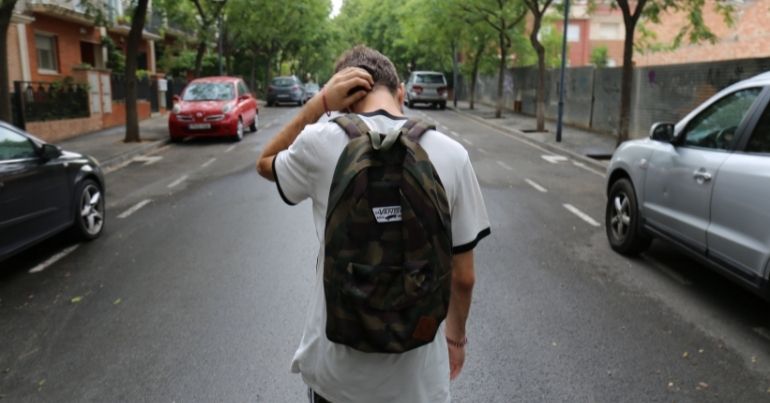 On 9 September, a new law came into force banning the use of unregulated settings for children in care aged 15 and younger in England. Given the lack of support and security children placed in unregulated accommodation receive, some regard the ban as a positive move towards protecting under-16s in care. But according to children’s rights charity Article 39, this change in the law will harm thousands of vulnerable 16 and 17-year-old children in care, leaving them to cope alone with minimal support.

Leaving vulnerable children to fend for themselves

Following a BBC Newsnight investigation which exposed stories of abuse and exploitation in unregulated accommodation, the Department for Education launched a consultation on these settings. Unregulated accommodation includes shared houses, bedsits, flats and hostels, which aren’t required to meet children’s homes standards. These settings aren’t registered as housing children in the care of the state, and aren’t subject to inspection. Children in unregulated settings are provided with little to no care or support from adults.

Setting out the problems with some unregulated settings, then-CEO of youth justice charity Just for Kids Law Enver Solomon said:

They include lack of oversight, minimal key worker contact time for young people, high numbers of out of area placements, frequent placement moves, children being housed alongside adults including those who engage in risk-taking behaviours, properties that are dirty, run-down or lack basic furnishings and at the worst end of the scale, leave children and young people at risk of violence or exploitation.

In September 2020, the children’s commissioner published a report setting out why “no child under the age of 18 should be placed in an unregulated setting”. In spite of calls for the government to ban placing under-18s in unregulated settings, in February, education secretary Gavin Williamson announced plans to introduce a ban that only protects children under the age of 16.

A change to the law

On 9 September, the new law came into force banning the use of unregulated settings for children in care aged 15 and younger in England. A Department for Education spokesperson said:

Councils can no longer place under-16s in unregulated accommodation. Looked after children under the age of 16 should either be in a foster placement or a registered children’s home, as will many 16 and 17-year-olds. However, it may be the right option for some 16 and 17-year-olds to move from a supported children’s home to unregulated settings as they are ready to become more independent.

These settings must be of high quality and provide appropriate support. We have consulted on national standards that each of these settings must meet, as well as taking views on Ofsted-led registration and inspection.

Ministers have changed the law to make it mandatory that children in care are cared for where they live, but they have only applied this to those aged 15 and younger. What kind of parent decides to ration care to children on the basis of age? What kind of parent looks at their daughter or son approaching their 16th birthday and thinks they’ll soon be able to manage without care? What kind of parent would make it a family rule that only children under the age of 16 are guaranteed care?

In May, the charity found that only around 100 under-16s would benefit from the legal change, while around 6,000 16 and 17-year-olds in care are living in unregulated accommodation.

Taking it to the courts

On 17 August, the high court approved a judicial review launched by Article 39 on the grounds that “this change to the law is discriminatory and an injustice to older children in care”.

These are children who are in the care of the state, family courts have made care orders in respect of many of them. It beggars belief that we’re having to go to court to argue that this legal change discriminates against 16 and 17 year-olds. Boys and children from black, Asian and minority ethnic communities will be hardest hit by this change to the law. It’s simply intolerable.

In November, the children’s rights charity launched another legal challenge. In this case, the court of appeal found that the education secretary acted unlawfully in removing safeguards for children in care at the beginning of the coronavirus (Covid-19) pandemic without consulting children’s rights organisations.

Article 39 is looking to raise £5k to fund the upcoming judicial review. And charity Together Trust is seeking 5,000 signatures, calling on the state to provide care for looked after children up to the age of 18.