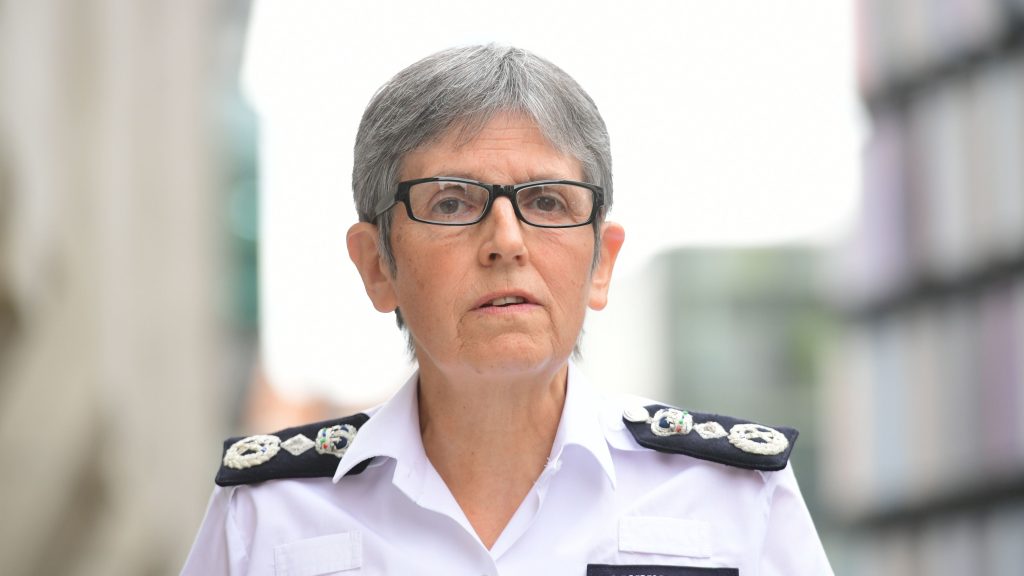 Metropolitan Police officers have given their “full support” to commissioner Cressida Dick after critics called for her to be replaced. Dick recently refused to accept the findings of an independent panel that uncovered institutional corruption in the force.

Popular with the police

Ken Marsh is chair of the Metropolitan Police Federation which represents more than 30,000 officers in London. He said Dick had the “full support of the rank and file”.

Marsh told the PA news agency that Dick’s leadership had been “excellent”. He added that Dick’s “ability to communicate with officers of all ranks is quite incredible”.

It comes after a number of high-profile figures signed an open letter to the prime minister. The letter accused Dick of “presiding over a culture of incompetence and cover-up” following reports she had been offered a two-year extension to her contract.

The letter sent earlier this week urged Boris Johnson to replace the commissioner, arguing that she:

must be properly investigated for her conduct, along with predecessors and those in her inner circle, who she appointed and who have questions to answer.

Signatories included baroness Doreen Lawrence, lady Diana Brittan, former Tory MP Harvey Proctor, and broadcaster Paul Gambaccini. All of them have expressed disappointment or criticism of the police over cases affecting them. Their letter also urged the police watchdog, the Independent Office of Police Conduct (IOPC), to introduce reforms.

Marsh told PA that he understands “fully” the positions the letter signatories are in and his “heart goes out to them”. He said he didn’t have an issue with police reform “whatsoever”, but said “that’s for the Government to decide”.

The independent panel which found corruption looked into the death of private investigator Daniel Morgan and the subsequent police handling of the case. The report found:

Moreover, baroness O’Loan said “incompetence and corrupt acts” had hampered all the investigations into Morgan’s death. She said:

It is easy to comment and criticise from the sidelines.

Whilst the federation does not always agree with the Commissioner – the same goes for anyone who holds that post – we think she is doing a good job in difficult circumstances.

Many of the voices we hear calling for the Commissioner to go are the same ones who, following the Clapham Common vigil earlier this year, rounded on our colleagues criticising their work. They were, of course, proven to be completely wrong when Her Majesty’s Inspector of Constabulary looked at the policing of the event.

In July, The Canary covered a report that found “significant failings” in the policing of the mentioned vigil. The report added that the policing was “unlawful and breached fundamental rights”.

On 10 September, Proctor warned that Dick should be replaced to avoid any future “errors” by the Met. The ex-Tory MP was one of three men who had their houses raided by officers from the Met’s failed Operation Midland. The operation was launched in reaction to false allegations by jailed fantasist Carl Beech about a murderous VIP paedophile ring.

Gambaccini, who was falsely accused of historical sex offences, said:

Londoners deserve a first class police service, they do not currently have one.

Baroness Lawrence – mother of teenager Stephen Lawrence who died in a racist attack in 1993 – has previously voiced her disappointment after an investigation into her son’s death was shelved last year.

Lady Brittan’s home was raided when her late husband lord Brittan was falsely accused of child abuse as part of Operation Midland. She previously told the Home Affairs Select Committee that public figures caught up in the scandal had still not received justice.

The appointment of the Commissioner of the Metropolitan Police Service is a formal process which will be confirmed in the proper way.