The UK claims some wars were moral missions. But it doesn't count how many it kills. - Canary 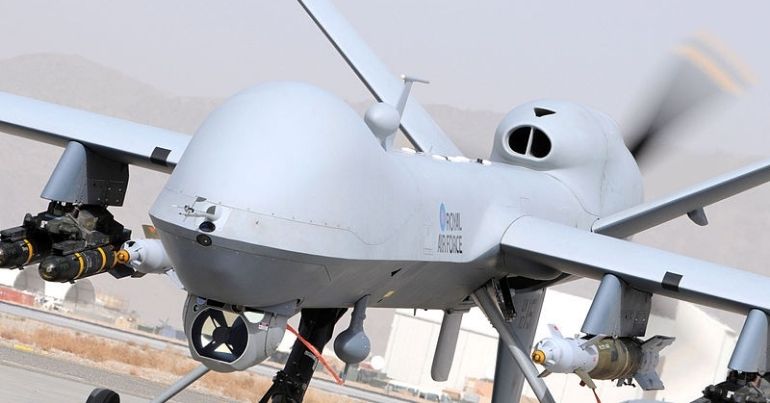 UK governments often claim their wars and occupations have a moral element. And the Iraq, Afghanistan and Libyan wars were no different.

But a recent Freedom of Information request by the research charity Action on Armed Violence (AOAV) calls that claim into question. The charity has discovered that the UK military doesn’t even keep a count of the civilians it kills.

In a new blog, AOAV’s Murray Jones reported that the MOD had said the information was “not held”.

Only data on the deaths of non-UK civilians employed by the military was offered. Reportedly, 38 died between 2015 and 2021.

Actual figures of civilian deaths from UK military action are hard to pin down. As AOAV points out, some official estimates seem very odd.

In the air war against ISIS, according to MOD figures, only a single civilian died.

The MOD has been repeatedly challenged over its claim that its bombing campaign in Iraq and Syria (Op SHADER) has killed and injured an estimated 4,315 enemies, but only resulted in one civilian casualty between September 2014 and January 2021.

AOAV also argues that due to the bombing in cities, a figure of zero civilian casualties seems optimistic.

It’s highly likely that civilian deaths have been under-reported, as 1,000 targets were hit by the RAF during its bombing campaign in the cities of Raqqa and Mosul.

AOAV previously revealed that the Royal Air Force does not always keep count of the amount of bombs it uses in areas filled with civilians.

In August, AOAV revealed that the RAF does not keep a specific record of how many bombs they have dropped on populated areas, raising questions over how they are measuring civilian harm.

The organisation suggested under-reporting may be due to the UK’s very high threshold of evidence for civilian deaths. While the US relies on a “balance of probabilities approach”, the UK requires “hard fact” totally innocent deaths.

In their new article, AOAV cited Chris Cole, director of Drone Wars UK, who described the MOD approach as:

A kind of internal structural self-denial, where it has become seemingly impossible for the MoD even to accept that civilian casualties have occurred.

We may never know the true cost in innocent civilian lives. But it seems that the UK’s claims to be a humanitarian force in the world are, at best, massively optimistic.