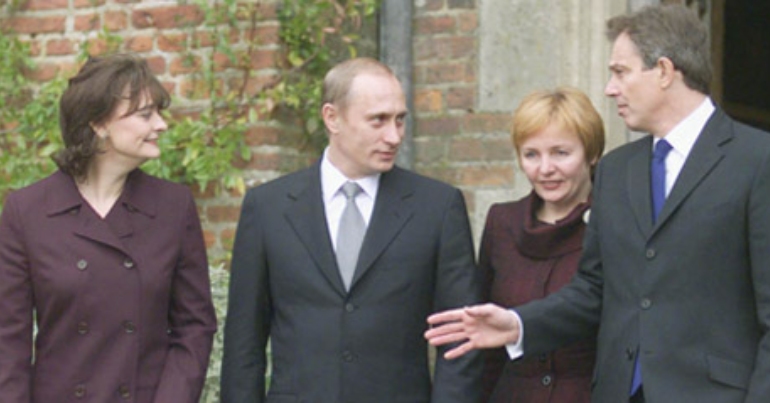 The publication of the Panama Papers in 2016, and then the Paradise Papers in 2017, revealed a huge amount of information about how the world’s ultrarich avoid tax and hide their wealth from regulators and public scrutiny. Now, an even bigger treasure trove of documents has been leaked to journalists. And as with the previous two leaks, amongst those implicated include some of the world’s most powerful political elites.

On 4 October, the Washington Post published a series of articles about the latest leak of financial and legal documents exposing shady financial shenanigans. Made up of over 11.9 million documents, the ‘Pandora Papers’, as they’ve been dubbed, reveal stunning details about tax havens and other forms of global financial secrecy.

The documents were obtained by the International Consortium of Investigative Journalists (ICIJ), the organization that was also behind the leaks of the Panama and Paradise Papers. According to the Guardian, the Pandora Papers constitute the “biggest trove of leaked offshore data in history.”

It adds that the files reveal over 29,000 offshore accounts and contain documents including:

private emails, secret spreadsheets, clandestine contracts and other records that unlock otherwise impenetrable financial schemes and identify the individuals behind them.

US allies and enemies alike amongst those implicated

Whereas media attention surrounding the Panama and Paradise Papers seemed to focus on celebrities and billionaire businessmen, with this latest leak the media spotlight appears to fall more on political elites. These include King Abdullah of Jordan II, a close US ally. The Washington Post reported:

Documents show that he used a constellation of shell companies to conceal purchases of luxury properties in California, London and the Georgetown neighborhood of Washington, D.C.

Other US allies in the Middle East who are implicated in the leaks include Mohammed bin Rashid al-Maktoum, the ruler of Dubai who also serves as the prime minister and vice president of the United Arab Emirates.

Some of the US’s enemies, however, have also been implicated. The Washington Post reported that a woman believed to be president Vladimir Putin’s mistress “became the owner of [an] apartment in Monaco through an offshore company created just weeks after she gave birth”. The child is believed to have been fathered by Putin. Putin, however, has denied the allegations, describing them as a “provocation”.

Most notable in a UK context, the files also reveal some of the shady financial maneuverings of former British prime minister Tony Blair and his wife Cherie. The Guardian reported that the Pandora Papers reveal that the Blairs “saved hundreds of thousands of pounds in property taxes” through various forms of legal chicanery.

In a separate article the Guardian also reported:

The files include disclosures about major donors to the Conservative party, raising difficult questions for Boris Johnson as his party meets for its annual conference.

Two current European leaders have also been implicated in questionable financial dealings by the leak. The documents reportedly show that prime minister of the Czech Republic, Andrej Babiš, used an offshore company to buy a luxury property in France. A law firm founded by the president of Cyprus Nicos Anastasiades, meanwhile, reportedly hid assets belonging to a Russian oligarch using fabricated company owners.

A revealing pattern in the world’s most unequal region

Right-wing Latin American political leaders are also well represented in the leaked documents. According to press reports, Ecuadorian president Guillermo Lasso had operated 14 offshore companies before running for president. The leak also reportedly reveals that Chilean president Sebastián Piñera sold a copper and iron mine in a lucrative deal that was conditioned on the absence of environmental protections.

The president of the Dominican Republic, Luis Abinader, is also implicated in the leaked documents. He reportedly created two companies to take advantage of an instrument called “payable to the bearer,” which facilitates the hiding of companies’ ‘beneficial owners’. (According to Investopedia, a beneficial owner is someone who “enjoys the benefits of ownership even though the title to some form of property is in another name”.)

Former Latin American heads of state were also well represented with eleven implicated by the leaked documents. This includes:

Needless to say, most of these figures belong to right-wing parties.

The US is arguably itself an offshore jurisdiction

In contrast to the two previous data leaks, which shone a light primarily on offshore jurisdictions, much of what has been revealed by the Pandora Papers highlights the US’s own status as a tax haven. As The Canary has previously reported, the mid-Atlantic US state of Delaware has long served as an internal tax haven for US corporations. Though there have recently been moves to correct this situation, it appears from the Pandora Papers that another state has stepped in to assume this role. The Washington Post reported:

The files provide substantial new evidence… that South Dakota now rivals notoriously opaque jurisdictions in Europe and the Caribbean in financial secrecy. Tens of millions of dollars from outside the United States are now sheltered by trust companies in [the state’s largest city] Sioux Falls, some of it tied to people and companies accused of human rights abuses and other wrongdoing.

When the Panama Papers were first leaked in 2016, some argued that the problems of financial secrecy and tax avoidance were being overblown in the media. Clearly, these problems were demonstrably not overblown, and in fact were just the tip of the iceberg. The Canary will endeavor to continue providing coverage of this latest window into the sleazy world of offshore finance.