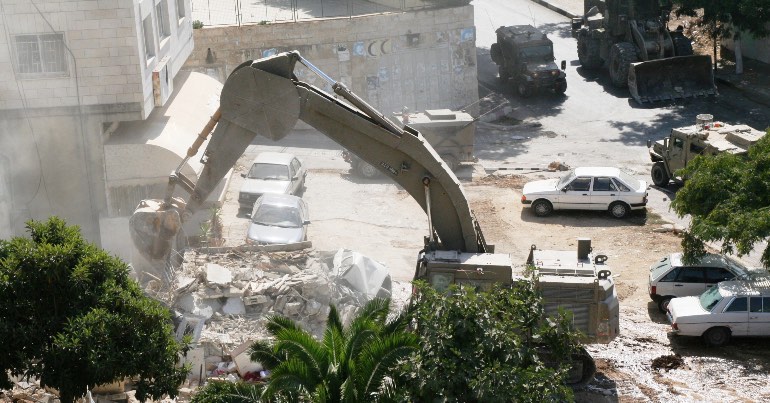 Governments and organisations across the world have condemned Israel’s demolition of Palestinian homes in occupied East Jerusalem. On 22 July, Israeli occupation forces reportedly razed 16 Palestinian buildings which contained 100 apartments. The UN described the move by Israel as “not compatible with its obligations under international humanitarian law”.

The EU and UN have denounced Israel’s actions. A spokesperson for the EU pointed out that most of the buildings are in an area supposedly under Palestinian control:

The majority of the buildings are located in Area A and B of the West Bank where, according to the Oslo Accords, all civil issues are under the jurisdiction of the Palestinian Authority.

They went further, stating that Israel’s policies of settlement, land confiscation, and house demolitions are “illegal under international law”. And given this:

In line with the EU’s long-standing position, we expect the Israeli authorities to immediately halt the ongoing demolitions.

UN representatives also criticised Israel. In a joint statement, they declared that Israel was “forcing families out of their homes, and causing great distress among residents”. And they said:

Israel’s policy of destroying Palestinian property is not compatible with its obligations under international humanitarian law. Among other things, the destruction of private property in occupied territory is only permissible where rendered absolutely necessary for military operations, which is not applicable.

Governments and politicians across the world have also condemned Israel’s actions. Simon Coveney, the Irish minister of foreign affairs, said “I strongly condemn this morning’s demolitions”. He went on to insist that Israel is ignoring its “obligations under International Law”. And he asserted that its policies are “destroying the livelihoods” of the Palestinian people.

US congresswoman Ilhan Omar, meanwhile, maintained that Palestinian people deserve “self-determination and statehood” and “not destruction of their property”.

The Bahraini foreign ministry called the demolitions “illegal acts” that are in “violation of the rights of the brotherly Palestinian people”. And it demanded that the world’s governments pressure Israel to “prevent them from continuing to carry out such unacceptable actions”. Jordan also attacked Israel’s behaviour. Its foreign ministry called on Israel to:

cease immediately these practices, which deepen despair and increase tension, and have a fundamental impact on the two-state solution.

And the French government pointed out that the destruction of Palestinian homes happened:

for the first time in an area controlled by the Palestinian authority under the Oslo Accords.

As a result, it asserted that this “represent[s] a dangerous precedent”.

The Israeli government has sought to justify the demolitions by saying it tore down the buildings because the Palestinian residents built them illegally. It also argued that they were too close to the West Bank ‘separation barrier’.

Residents say they have nowhere to build and that getting permits from the occupier to build homes legally is impossible.