Demonstrators arrested ahead of Moscow election protest - The Canary 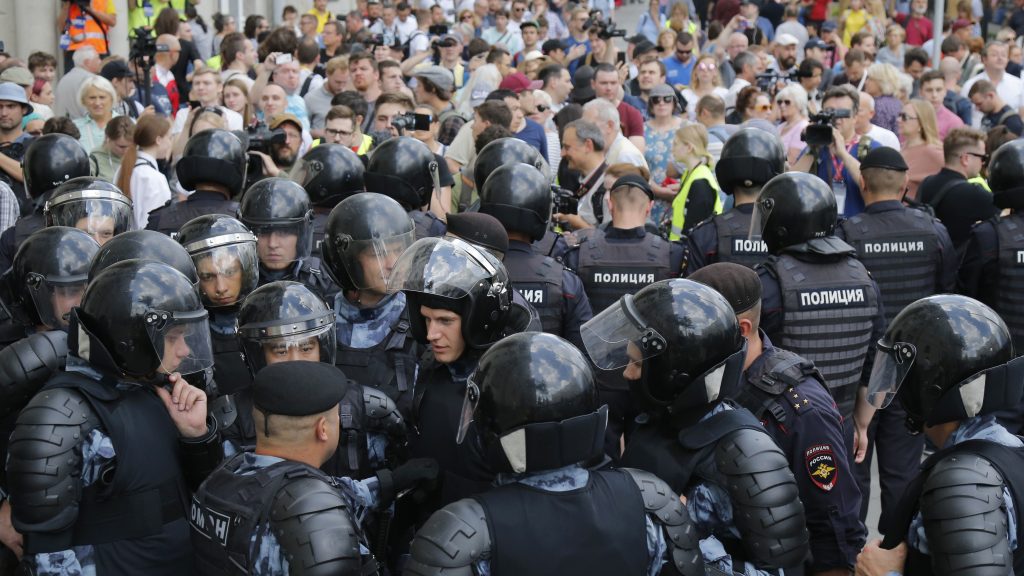 Russian police have been arresting people outside the Moscow mayor’s office ahead of an election protest demanding that opposition candidates be allowed to run for the city council.

The dispute comes as the Kremlin is struggling with how to deal with strongly opposing views in its own sprawling capital of 12.6 million people.

OVD-Info, an organisation that monitors political arrests, said at least 26 people had been detained by police 30 minutes before the protest against the exclusion of opposition candidates from September’s ballot was to start.

There was no immediate information on what charges the detainees might face.

Alexei Navalny, Russia’s most prominent opposition figure, called for the protest and was sentenced on Wednesday to 30 days in jail for doing so.

Police presence was heavy at the mayor’s office on Tverskaya Street, one of Moscow’s main thoroughfares, with police trucks and buses parked in the building’s courtyard and other buses positioned nearby to take detainees away.

The decision by electoral authorities to bar some opposition candidates for allegedly insufficient signatures on nominating petitions has already sparked several days of demonstrations this month.

Moscow city council, which has 45 seats, is responsible for a very large municipal budget and is now controlled by the pro-Kremlin United Russia party.

All of its seats, which have a five-year-term, are up for election on September 8.