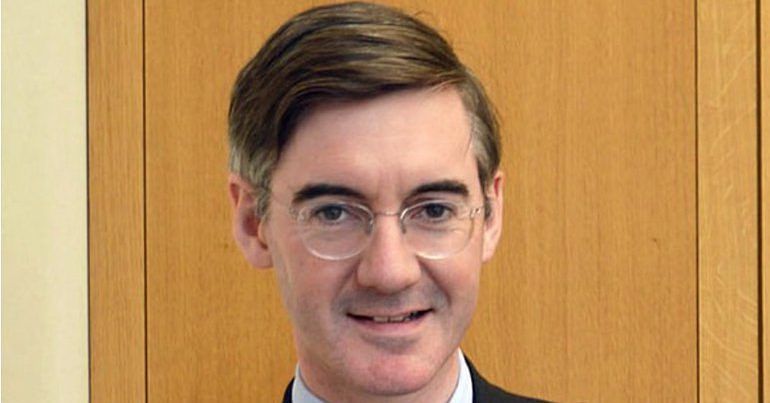 As Jacob Rees-Mogg takes his place in Boris Johnson’s new cabinet, it’s been revealed that he has a style guide and a list of banned words. They’re as backwards and weird as you’d expect. People had fun with it, but some of Rees-Mogg’s writerly demands are troubling.

It turns out the free speech advocate isn’t above banning words.

ITV News revealed the list of style guidelines and a list of prohibited words. The Rees-Mogg house style mandates the following: 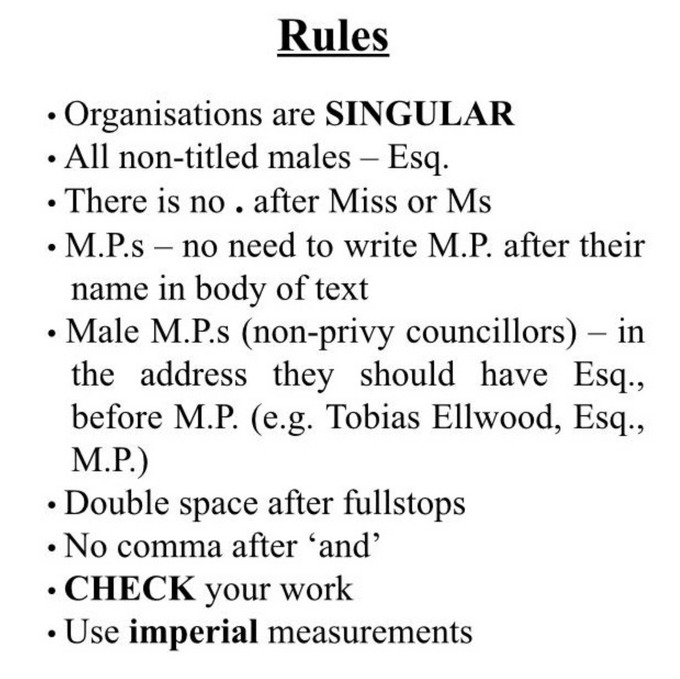 The guide starts off strong (The Canary also treats organisations as SINGULAR), but rapidly goes downhill. The thought of calling “all non-titled males” esquire has led to a lot of ridicule for the honourable fop:

Also Jacob Rees Mogg:
Please refer to non-landed males as Esquire, I want to know whether they're scum without having to meet them first https://t.co/EH8LcQrMEk

He is such a fucking bellend. Sorry, Mr. Fucking-Bellend, Esq. https://t.co/hST7m7l2FR

Although many Britons use imperial measurements for some things and metric for others, few people under retirement age are calling for the complete return of imperial:

What's an "imperial" measurement? Asking for someone from the 20th Century 🤣

Britain adopted the metric system in 1965. Rees-Mogg – despite acting like a Victorian – was born in 1969. By the time he entered the school system, nearly a decade had passed since we began using metric measurements. As such, it’s no wonder people are accusing Rees-Mogg of being a massive try-hard:

When I once asked seriously posh pal how his lot see the Moggster he said “faux aristocratic, gets his ideas from reading PG Wodehouse and Evelyn Waugh.” That’s a bit unfair to PGW who ( unlike Waugh or Mogg) was taking the piss https://t.co/ahFAlnWbyH

Double spaces after full stops is typographic ignorance. It’s a hang-over from monospaced typewriters. All graphic artists will tell you that one space after a full stop is correct with all and every proportionally spaced font. https://t.co/O4FXpUPqAp

Others pointed out that his stance is an odd one from a man who once said, “I just believe government money should be spent well”:

Dear @Jacob_Rees_Mogg, Esq, please quantify the amount of wasted civil service time it will take your staff to convert everything into imperial units.

I thought the government was supposed to be increasing efficiency, not wasting my money? https://t.co/D8Md1WlQUR

Perhaps more troubling are the words that the alleged free speech advocate has banned: 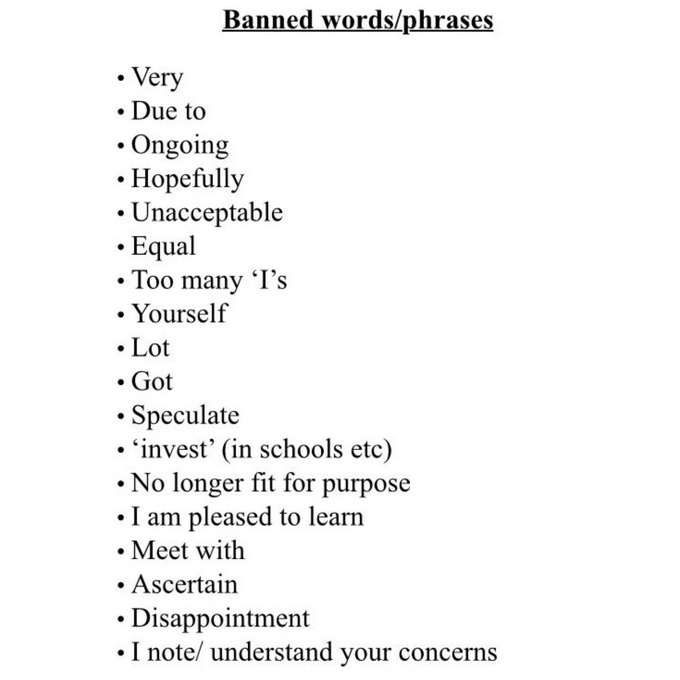 Is Rees-Mogg hearing phrases like ‘disappointment’, ‘unacceptable’, and ‘no longer fit for purpose’ so often that he never wants to hear them again?

People had some things to say:

While the media are laughing at how quaint Jacob Rees-Mogg's new rules are, let's think for a moment. The first thing he does in his new job is tell people what words they can or can't use, including the words 'equal' and 'invest'. pic.twitter.com/LQMVUgoDkr

Not surprised to find @Jacob_Rees_Mogg has proscribed ‘equal’, ‘invest’ and ‘speculate’ but the good news for writers is that ‘unctuous’, ‘greedy’, ‘hypocritical’, ‘oleaginous’ and ‘bastard’ are still available for use. #JacobReesMoggGuide #ToriesOut

Homelessness has more than doubled since the Tories came into power, they’ve overseen a boom in food banks and child poverty, and Rees-Mogg is preoccupied by banning phrases in emails. They just don’t care. pic.twitter.com/bClCKsR0Yq

Not everyone is critical, however. Twitter user Lee Morgan suggested that it’s our “lack of standards” which led us to where we are today:

As for double spaces, you are being critical because of an implementation of standards?

It’s not clear how the double space will solve climate change, reverse austerity, or end inequality. But, then again, it isn’t for us common folk to understand the thinking of our ‘very’ honourable esquires like Rees-Mogg. They make the weird rules; we just follow them.

A cabinet in which some words aren’t free, and others might cost you a shilling in the ‘disappointment’ jar.