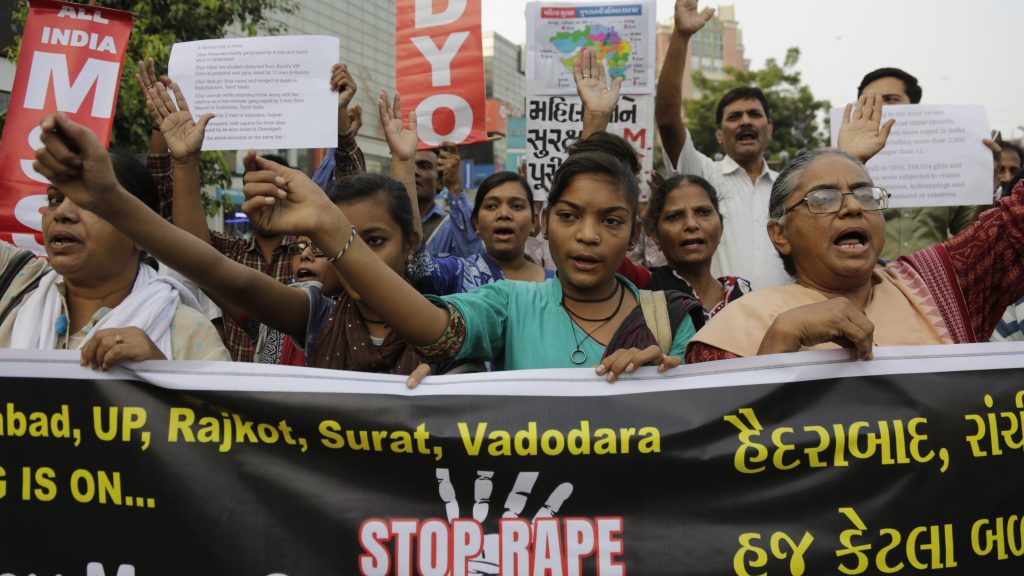 Hundreds of people gathered in New Delhi, Ahmedabad, Mumbai and other Indian cities on 2 December to demand justice in the case of a veterinarian who was gang-raped and killed last week.

The protesters demanded a fast-track investigation of the case and stringent laws for the safety of women in India.

“We are not safe anymore in India. We are scared to move out of our homes,” said Sejal Kumar, a college student from New Delhi.

The burned body of the 27-year-old woman was found on 28 November by a passer-by in an underpass in the southern city of Hyderabad after she went missing the previous night.

Police said four suspects have been taken into custody.

Violent crimes against women have been in the spotlight in India since 2012, when the fatal gang rape of a young woman aboard a moving bus in New Delhi prompted hundreds of thousands to take to the streets to demand stricter laws against rape.

The attack spurred quick action on legislation that doubled prison terms for rapists to 20 years and criminalised voyeurism, stalking and the trafficking of women.

Politicians also voted to lower to 16 from 18 the age at which a person can be tried as an adult for heinous crimes.

According to the most recent available official crime records, police registered 33,658 cases of rape in India in 2017, an average of more than 90 every day.

But the real figure is believed to be far higher as many women in India do not report cases to police due to fear.

The data also show that more than 90% of cases of crimes against women are pending in city courts.

“It has hurt everyone.

“The accused must be given the most stringent punishment for their crime,” Singh said.

Activists in India say the government has failed to control rising crimes against women.

Jyoti Badekar, a women’s rights activist from Mumbai, said an inadequate number of female police staff is one of the factors contributing to the problem.