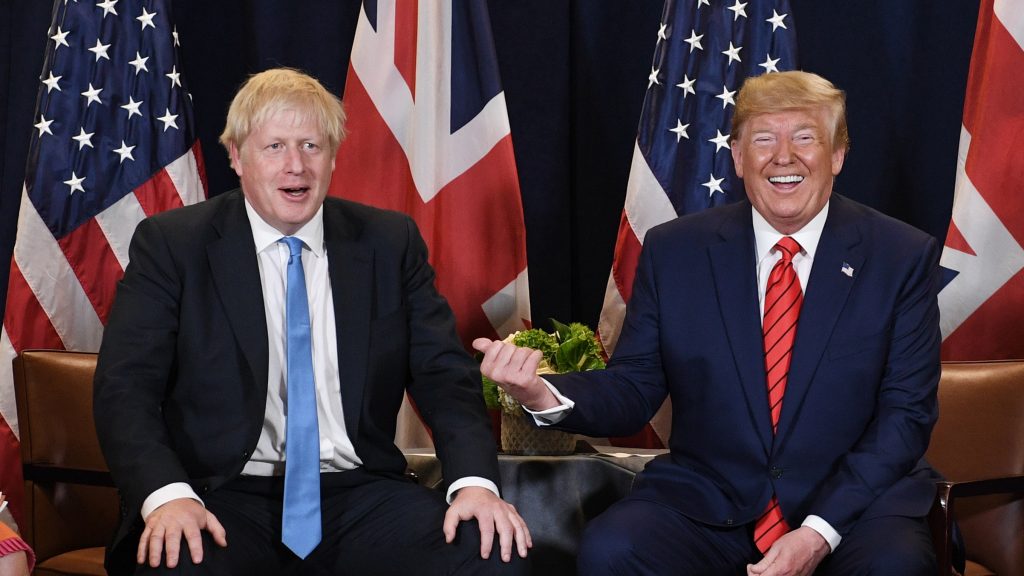 Donald Trump should produce a replacement for the Iran nuclear deal, Boris Johnson said as he called for tensions in the Gulf to be “dialled down”.

The UK, along with European allies, has remained part of the troubled nuclear deal despite the US president’s opposition.

The prime minister said one of the problems the American leader had with the agreement was that it was negotiated by his predecessor, Barack Obama, so putting in a replacement “Trump deal” would be a way out of the current crisis.

The US has pulled out of the Joint Comprehensive Plan of Action (JCPOA), which eased sanctions in return for Iran agreeing to restrictions on its activity in an effort to ensure Tehran did not acquire a nuclear weapon.

The UK and European allies have publicly remained committed to the approach, despite breaches by Iran and the difficulties caused by Trump’s decision to walk away.

Johnson told the BBC: “If we are going to get rid of it then we need a replacement.

“From their point of view it has many, many faults.

“I think that would be a great way forward.

“President Trump is a great deal-maker – by his own account and many others. Let’s work together to replace the JCPOA and get the Trump deal instead.”

The prime minister said he “did not envisage” any escalation in the tensions between the US and Iran, adding: “Let’s dial this thing down.”

He said he was “glad” Iran had acknowledged that it made a “terrible mistake” in shooting down the Ukrainian passenger plane last week.

Iran’s judiciary said arrests have been made over the incident, in which 176 people, including four Britons, died.

President Hassan Rouhani called for a special court to be set up to handle the process, saying: “This is not an ordinary case.

“The entire the world will be watching this court.”

Johnson said: “I’m glad the Iranians have accepted responsibility and identified it as an appalling mistake, and it does appear that it was a mistake.

“It is very important that the bodies are repatriated in a dignified way and that the families are allowed to grieve and to have closure.

“Clearly, as President Rouhani has said, Iran made a terrible mistake. It is good they have apologised.

“The most important thing now is that tensions in the region calm down.”

The PM defended his role during the tensions, after facing criticism for not returning from his holiday immediately after the US strike which killed Iranian general Qassem Soleimani.

“I was not in this country but I worked very hard, as you can imagine, in making sure there was a European response,” he said.

Johnson said Britain had played its “traditional role” in serving as the bridge between the “European powers and the United States”.

He said there was no need for Britain to have been informed by the US before the attack: “This was not our operation. There was no reason for us to be told.”