As Australia burns, our government shows how little it cares about the climate crisis - The Canary 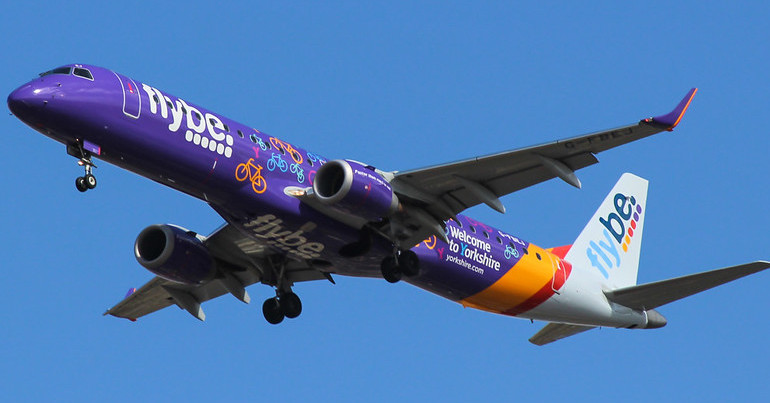 Regional airline Flybe faces collapse. But the government’s response to this shows how little it seems to understand, or care about, the current climate crisis.

Chancellor Sajid Javid is considering cutting domestic air passenger duty (APD) to save Flybe. This would effectively work as a tax break for the airline, and other operators, enabling it to defer its £106m APD bill until 2023. In the 2019/20 tax year, total APD is expected to earn the treasury £3.7bn. As the BBC reported:

The change would allow Flybe to defer a tax bill, implement a rescue plan, and secure more than 2,000 jobs.

Although the loss of jobs is important to consider, this move comes in the face of devastating bush fires in Australia. Meanwhile, in the UK, rail fares have risen yet again. Given the climate crisis, our government’s priorities are seriously skewed.

Labour MP Ben Bradshaw argued that Flybe offers “valuable connectivity”, enabling people to travel faster to some destinations. But as Green MEP Molly Cato pointed out, this is simply a short term fix that ignores the bigger issues:

Instead, we should subsidise faster and cheaper trains#StayGroundedhttps://t.co/ZMALiG0FqX

Bailing out Flybe by means of a tax cut across the industry is not the way forward. Working with the company and unions the government should look at targeted assistance to support routes and jobs, judged on economic, environmental and social grounds.

So too did environmental campaigner George Monbiot:

The government is considering cutting the tax on flying to save an airline.
It should be increasing it to save the living planet. #FrequentFlyerTaxhttps://t.co/E5I1zH0SEe

This bailout poses another serious question. A consortium led by Virgin Atlantic bought Flybe in 2019, promising a large cash injection to save the airline. Virgin is in partnership with Delta Airlines, the largest “airline in the world in terms of assets and the second largest in terms of passengers carried”. With soaring profits, Delta is currently worth $38.3bn. But money doesn’t seem to be forthcoming to help Flybe:

2/2… @sajidjavid as the last 2 decades of its precarious existence prove. Virgin, one of flybe's "saviours", are effectively controlled by Delta, a US company and the world's 2nd largest air carrier. They promised £20 to 100 million cash investment in July 2019, where's that?

Meanwhile, £100m of investment in the UK’s public transport system would at least be a start. Years of underinvestment and privatised services mean train travel in the UK is expensive and often unreliable. In January, prices rose an average of 2.8%. According to the TUC, since 2009, commuter fares have gone up 46% while average weekly wages only rose 23%. Yet in the past five years, private rail companies “paid out more than £1.2bn in dividends to shareholders”.

But more importantly, as many people pointed out, thinking about the true cost of flying – in environmental terms – is crucial for our survival:

Any attempt to cut air passenger duty would be an act of climate sabotage.

Let's be real about this: we need more tax on frequent flying, and to build a transport infrastructure which makes domestic flights redundent within the next few few years.
https://t.co/PAQ01orR2l

Domestic flights need to be reduced, not made cheaper https://t.co/Ak5e2BfetW

I'm sorry but this is plane wrong

We should be speeding up delivery of superfast broadband & offering #JustTransition (retraining, support) for airline employeeshttps://t.co/VOYYOnPHYB

As Australia burns, scientists have warned that these fires are “a sign” of what’s to come without drastic and immediate change to halt global temperature rises. These fires have already killed over a billion animals, and NASA predicts the smoke “will circle the Earth”. Professor Richard Betts said:

It tells us what the future world might look like. This really brings home what climate change means.

But this Conservative government is putting short-term corporate welfare first.