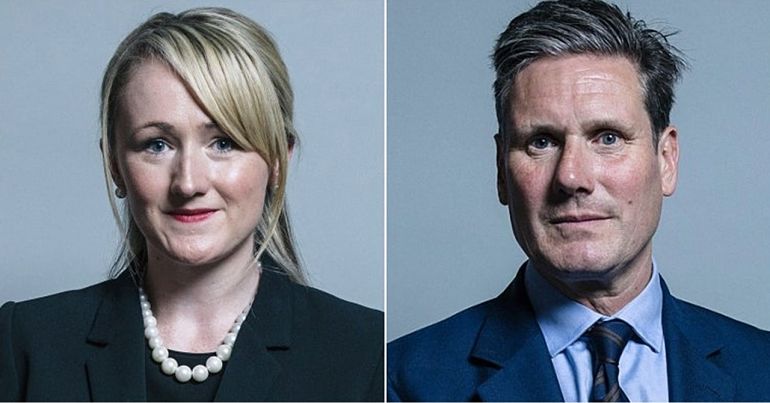 All five candidates for Labour leader have backed a highly controversial list of demands from the right-wing Board of Deputies of British Jews (BoD). And Jewish left-wingers have led the outrage among Labour supporters over this decision.

As Jewish Canary editor Emily Apple writes, “there are elements of these pledges that can only be described as chilling”. In particular, she says the BoD’s demands essentially mean Labour “must ignore socialist Jews” and “Jews who don’t support the actions of the Israeli state”.

The co-chairs of Jewish Voice for Labour have responded by stressing that:

They also highlighted the negative impact the endorsement could have on party independence, “natural justice and due process”, and “data protection obligations”. And they said the BoD:

is asking that you disregard the views of Jews with whom they disagree, singling out Jewish Voice for Labour even though it represents significant numbers of Jewish members of the Labour Party. We remind you that the Board does not represent all Jews. Most significantly it does not represent many thousands in the fast-growing Charedi community, most of whom do not believe that the Labour Party is riddled with antisemitism and have put on record their alarm at the suggestion that it is.

The Jewish Dissident Blogspot spoke out too. It insisted that the “BoD certainly doesn’t have anything to do with socialism” and that:

the BoD, if it represents anything at all aside from a self-selecting ‘Jewish establishment’, actually represents far less than half of all Jews in the UK. But it does represent – effectively, aggressively and remorselessly – that section of the Jewish community which identifies more or less uncritically with the Israeli state.

Indeed, earlier this month the BoD condemned a Welsh council for describing Israeli actions in the occupied West Bank as “a war crime”. This is despite human rights groups consistently saying Israel’s actions amount to war crimes.

Jewish activist Tony Greenstein, meanwhile, called the BoD a “pro-Israel advocacy group” which had “never fought anti-Semitism”. And he added that:

If the Board of Deputies were seriously concerned about anti-Semitism then instead of profusely welcoming Boris Johnson as Prime Minister (‘We have had a long and positive relationship with Mr Johnson’) they would have queried his comments in 72 Virgins about Jews controlling the media, as well as other racist comments.

Irony: while Labour is being warned off the danger of the Jewish 'fringe' (usually decried as laughable, incompetent, tiny etc), at the heart of government Johnson, Cummings, Montgomerie and Rees-Mogg have dabbled in Jewish conspiracy theory and snuggled up to Orban. No danger.

I'm getting a badge made with 'Fringe individual' on it, so that Labour Party members coming anywhere near me, can swerve away and avoid contact.

I am not giving up the political struggle. I will find other avenues

I'm looking for a new home. I don't want to join a single issue party or a 'hard left' revolutionary fringe. I want to join a party that appeals to, and exists 'for the many' and adopts common sense policies like

The right’s weaponisation of antisemitism allegations

Antisemitism is unacceptable and disgusting. That’s why anti-racist peace–prize winner and outgoing Labour leader Jeremy Corbyn has fought against antisemitic hatred all his life. But despite taking strong action to stamp out the small amount of racism in the party, Corbyn (along with his supporters) has faced constant right-wing smears which weaponised and amplified allegations of antisemitism to undermine his public popularity.

Today, a key tactic of the pro-Israel right is to weaponise antisemitism to attack left-wing allies of the occupied Palestinian people. But prominent Jewish left-wingers have consistently opposed this propaganda campaign. Even before Corbyn became Labour leader, Noam Chomsky highlighted how some politicians in Israel had been using antisemitism allegations to smear Jewish and non-Jewish critics of the Israeli state for decades.

The hatred of Corbyn in pro-Israel circles is clear. A former BoD president, for instance, said in 2019 “we should sacrifice him”. A former spokesperson for the highly controversial Campaign Against Antisemitism (CAA), meanwhile, bragged in 2018 about “weaponising” antisemitism to get rid of Corbyn. And after the 2019 election loss for Corbyn, a prominent CAA campaigner released a video celebrating that “the beast is slain”, saying:

We did it. By word and deed, by protest and tweet, by our spies and intel, by our fab celebrities… We won.

breath-taking naivety and ignorance. as if antisemitism hasn't been exploited as a political football for centuries.

Actual fascists, emboldened by this sort of nonsense, are joining in the chorus of antisemitism allegations against progressive anti-racists.

I’m old enough to remember when people across British political spectrum and media attacked Corbyn/Labour over this and tried to pretend that the IHRA definition of antisemitism wasn’t about protecting Israel and shutting down criticisms of Israel: https://t.co/2X308juy2C

Unfortunately, it now seems that many people – including Jewish left-wingers – are preparing to dump Labour over the leadership candidates’ alliance with the BoD. But they could leave a powerful parting statement. Because when the ballots arrive, they could simply write ‘none of the above’ over the candidates’ names. That would send a clear message that, even if the aspiring leaders won’t stand up for socialist, internationalist ethics, grassroots activists will.