WitchHunt: The smearing of the anti-racist Left - The Canary 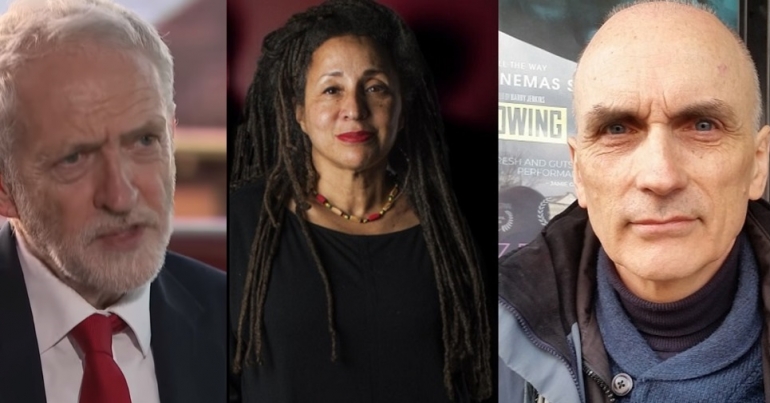 Right-wing and even liberal forces are levelling false charges of racism and antisemitism to destroy ‘the Left’ in the UK. This alliance of forces, which includes pro-Zionist Labour Party members, is also specifically targeting anti-racist campaigners who are critical of the State of Israel. This is one of the key messages to come out of a powerful new documentary called WitchHunt. The tagline of the film says it all. WitchHunt is about:

The attempt to smash the most hopeful movement of our lifetime.

And that movement is the one surrounding Labour Party leader Jeremy Corbyn.

The Canary attended the film’s premiere on 10 February. The organisers simultaneously showed the film in London, Liverpool, Manchester, Sheffield, and Cambridge, as well as on Facebook and YouTube. Attendance was invite-only, with a fair amount of security, largely due to safety concerns. A bomb threat terminated a previous screening of WitchHunt organised in Liverpool, by Jewish Voice for Labour (JVL). The bomb threat happened during the 2018 Labour Party conference, to shockingly minimal coverage from the ‘mainstream’ press.

The film’s director, activist and filmaker Jon Pullman, follows the story of Jackie Walker, an activist, playwright, actress, and long-time anti-racist campaigner. Walker’s father was a Russian Ashkenazi ‘White’ Jew and her mother was a Jamaican of Portuguese Jewish ancestry. 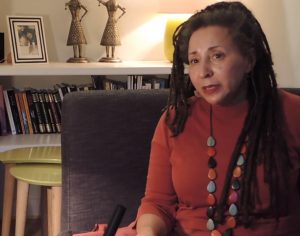 Yet Walker’s ethno-religious background, and her years as an anti-racist campaigner, didn’t protect her from the press and the political class who have repeatedly smeared her as an antisemite. Even progressive outlets such as Harper’s Magazine labelled Walker as anti-Jewish. Walker, who is also a campaigner for Palestinian rights, has been viciously trolled online, removed from her position as vice chair of pro-Corbyn group Momentum, and suspended from the Labour Party. The Labour Party re-instated Walker, after a lengthy review, only to suspend her for a second time after further allegations of antisemitism. Pullman uses Walker’s story to expose the political environment that the anti-racist left must deal with.

Walker discusses the absurd nature of how easy it is for some people to be suspended from the Labour Party:

Walker told The Canary she still doesn’t know precisely why the Labour Party suspended her a second time. She explains in the film that:

When you have your hearing in the Labour Party, you’re not allowed to see who your accusers are or what it is they’re saying about you.

This is class war

Pullman places the media and political class’s treatment of Walker in the context of a wider ‘war’. A war in which right-wing and opportunist forces in the UK will do anything to prevent real progressives from shaping British domestic and foreign policy. The film starts off with a quote that American philosopher Noam Chomsky sent to the filmmakers in 2019.

Class War… can be bitter, no holds barred, no referee to impose at least some rules. In the UK, one of the ugly symptoms of this is the series of attacks in the media and among the political class on Jeremy Corbyn and his associates.

This witch hunt has sunk to scandalous accusations of antisemitism against long-term anti-racist activists and supporters of Palestinian rights.

The wealth behind healthcare, utilities and transport is literally in the tens, if not hundreds, of billions of pounds. This level of wealth will be incredibly motivating for powerful forces in the UK to do what they must to undermine any left-wing movement.

Chris Williamson, the pro-Corbyn Labour MP for Derby North, has been repeatedly smeared as an antisemite. Williamson is a life-long socialist and anti-racist who challenges British militarism in Parliament. Williamson’s targets include Britain’s backing for the devastating war in Yemen and Israel’s mistreatment of the indigenous Palestinian population. He also attended the premiere of WitchHunt. 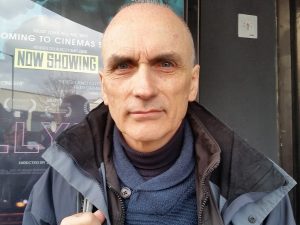 Yet the Board of Deputies of British Jews recently smeared Williamson, simply for booking a room in Parliament for JVL to screen WitchHunt:

Here's a complaint to put on @tom_watson's list. @DerbyChrisW is hosting a film by Jackie Walker (currently suspended over antisemitism) at Parliament. How much longer will Williamson get away with trolling the Jewish community? https://t.co/IrYimIkFm6 @JewishNewsUK

— Board of Deputies of British Jews (@BoardofDeputies) February 26, 2019

An MP has to sign out a room in their name for outside groups to be able to use rooms in Parliament.

Tom Watson, deputy leader of the Labour Party and member of Labour Friends of Israel, even reported Williamson for booking a room for the film:

Just for information – as soon as I found out about this I reported it the Chief Whip and General Secretary. https://t.co/mQVDL1tHjU

According to JVL’s Naomi Wimborne-Idrissi, the executive producer of WitchHunt, Williamson had little choice but to cancel the screening, after a ‘torrent of abuse’.

Wimborne-Idrissi also told The Canary that “an attempt to show [WitchHunt] in Brighton next week has been cancelled” as a result of intimidation. Ironically, the smear-merchants and bullies targeting the filmmakers are only serving to further validate its premise.

The weaponisation of antisemitism

Many people feel that the Labour Party has been weak in pushing back against what the Jewish Socialist Group called the ‘weaponisation’ of antisemitism in 2016. Williamson himself recently expressed frustration that the “party that has done more to stand up to racism, is now being demonised as a racist bigoted party”. He continued, saying that:

our Party’s response has been partly responsible for that. Because in my opinion…we’ve backed off far too much. We’ve given too much ground. We’ve been too apologetic”

The crowd of local members clapped strongly in agreement.

Williamson said this was despite the fact that:

Journalist Liz Bates, of the Yorkshire Post, posted a video clip of his remarks on Twitter on the same day the Board of Deputies of British Jews smeared Williamson for booking the room in Parliament:

WATCH: Chris Williamson tells a Sheffield Momentum meeting that Labour has been "too apologetic" about anti-Semitism… pic.twitter.com/zxtKdHQPvw

A personal message and sincere apology from me regarding my recent remarks on anti-Semitism in the Labour Party. pic.twitter.com/2qaNCOVqGk

But he found himself suspended nonetheless.

.@DerbyChrisW suspended in anti-Semitism row https://t.co/FnHTVhOt7f This is madness, he's suspended for saying the Party is doing much to combat antisemitism and should stop apologising and its the parties that have done nothing that have something to answer for.

A perfect example of the witch hunt in action, combined with the Kafkaesque disciplinary proceedings and the Stasi-like reporting system described by Walker. And, perhaps, also an example of a lack of sufficient support and solidarity from the party leadership and left-ish journalists like Owen Jones.

Though Williamson has said that the outpouring of grass-roots support has been immense.

JVL statement: JVL deplores the suspension of Chris Williamson https://t.co/DnY1i11yT9 Like @DerbyChrisW we stand in a long tradition of opposition to all forms of racism, including antisemitism. #StandWithChrisWilliamson

Les Levidow, scientist and member of Free Speech on Israel, summed up the theme perfectly during the Q&A with the director and Walker after the premiere was over. Levidow said that the film showed the absurdity of:

Watch it, discuss it

WitchHunt is not simply offering ‘food for thought’. It is a political intervention into a moment; an environment of increasing reaction against progressive values, both inside and outside the UK. The fact that it was made on “less than a shoestring” budget, according to Walker, is all the more impressive.

Anyone who speaks or writes in the public domain about antisemitism and the current state of the Labour Party has a duty to see this film and address the issues it raises. 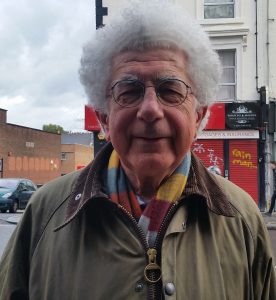 For that reason alone, teachers and students should be screening this film in schools and universities across the country.

WitchHunt is 62 minutes long and will be launched online on 17 March 2019, after it has been premiered in cities including Nottingham, Brighton, Edinburgh and Derry.

Mohamed Elmaazi and Les Levidow volunteer together at the Campaign Against Criminalising Communities.

All other images via WitchHunt and Mohamed Elmaazi.