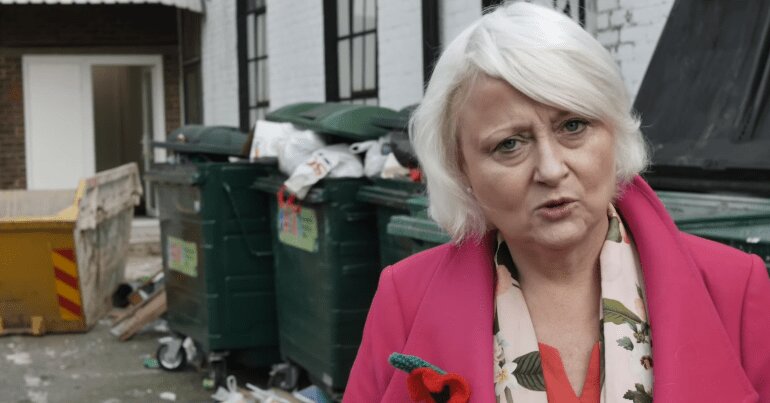 During an interview on BBC Radio 4, Labour MP Siobhain McDonagh appeared to equate anti-capitalism with antisemitism. And speaking to The Canary, another Labour source condemned her comments as “absurd”.

“To be anti-capitalist you have to be antisemitic”

McDonagh accused people who take issue with capitalism of being unable to take antisemitism seriously, saying:

I’m not sure that some people in the Labour Party can. Because it’s very much part of their politics, of hard left politics, to be against capitalists and to see Jewish people as the financiers of capital. Ergo you are anti-Jewish people.

In other words, to be anti-capitalist you have to be antisemitic?

Not everybody, but there is a certain… there’s a certain strand of it. These people are not Labour, have never been Labour, but we now find them in our party.

In response, a Labour source told The Canary:

It is absurd and damaging to equate challenging the inequalities and injustices of an economic system with antisemitism.

This is an ongoing problem. McDonagh is far from the only anti-Jeremy Corbyn figure to misuse the term “antisemitism”. Labour MP Jess Phillips recently accused Young Labour of antisemitism for tweeting the phrase “Joan Ryan Gone – Palestine Lives”. But correcting the record, grassroots group Jewish Voice for Labour told The Canary:

Joan Ryan is a non-Jewish MP whose activities as chair of Labour Friends of Israel have pitted her repeatedly against supporters of justice for Palestine… Yoking her resignation with the slogan “Palestine Lives” seems entirely justifiable and carries no hint of hostility towards Jews. The fact that the tweet seems to have been removed is a reflection of the gagging of pro-Palestinian voices that Ryan and her allies promote.

In a similar vein to McDonagh, Jewish Chronicle editor Stephen Pollard backtracked in September 2018 after suggesting Corbyn was being antisemitic for calling out the bankers who caused the financial crash. The Jewish Chronicle has relentlessly published articles accusing Labour of antisemitism. But many of the allegations against Corbyn rely heavily on misrepresentation.

It’s not just that allegations like these smear citizens who take issue with the banking industry and inequality. They also risk undermining genuine instances and genuine concerns about antisemitism in Labour and wider society.

In short, McDonagh needs to check herself before going on BBC Radio 4 again. Because she is insulting millions of Britons who take issue with the status quo.