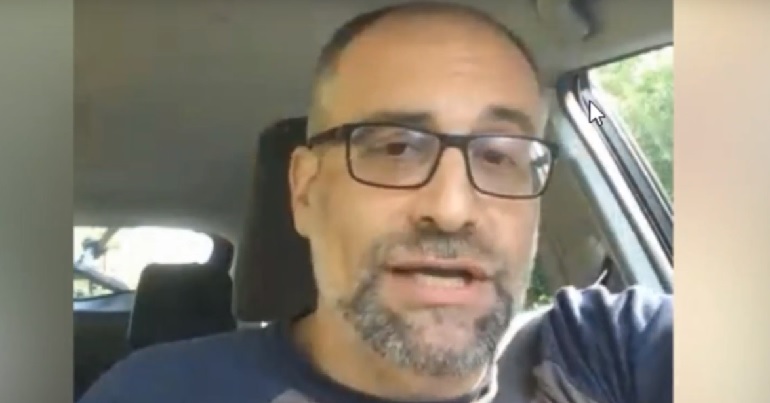 A Jewish activist in the US has said Israel apologists must stop “crying wolf” over antisemitism. He also implored us all to get involved in the project he contributes to – #MeTooGaza, which aims to spread support for Palestinians’ basic human rights far and wide while raising greater awareness about Israel’s crimes.

Doug Tarnopol is a concerned citizen who recently took up activism against Israeli human rights abuses in Gaza. And in an interview with The Canary, he slammed the ‘weaponisation’ of antisemitism allegations to attack critics of Israel.

If you’re gonna cry wolf any time anybody says anything not entirely milky and honey about Israel, people are gonna… stop believing you. That’s exceedingly dangerous… Because if you keep crying wolf, no one’s gonna listen when it really hits.

It’s a real perversion of antisemitism and the holocaust to weaponise it for PR purposes to cover up… anything from nasty nationalist stuff [in Israel] to real crimes.

the goal now is to make… a kind of missile defence system where anything Israel does is wonderful, and any criticism is antisemitic… And it’s starting to turn people off and really offend them and piss them off.

It’s time to speak out. And we can all raise our voices.

Tarnopol currently helps out at the website of #MeTooGaza – a project which is collecting short statements from people around the planet who want to show support for Palestinians in the face of Israeli crimes.

Speaking about the project and the ongoing Israeli blockade of Gaza, he said:

#MeTooGaza has already received short videos from renowned Jewish intellectuals like Noam Chomsky, Norman Finkelstein, Ilan Pappé, and from many other people from numerous national, religious, and ethnic backgrounds. Anyone can send in their videos of support. And Tarnopol strongly encourages all concerned people to do so, insisting:

if it goes large… it can be like an entry point for people into learning more about this.

it’s necessary – but not sufficient – to get public opinion… on board… Without that, nothing will happen.

The world is shocked by Israel’s crimes. Let’s make that shock viral.

Tarnopol also spoke about people’s shock throughout the world, including in Jewish communities, at the actions of Israel’s current far-right government. He insisted:

People grow up with a view of Israel as a land of milk and honey… It’s very difficult to maintain… the illusion.

Speaking about Jewish support for #MeTooGaza and Palestinians in general, he said:

If you’re also fed up, join the efforts of #MeTooGaza and speak out.

– Add your own video to #MeTooGaza and spread the campaign far and wide.

– Do you have a Labour MP who has been undermining Jeremy Corbyn’s leadership? Let them know (politely) how you feel about that. Also share with them your concerns about the crimes of Israel’s hard-right government.