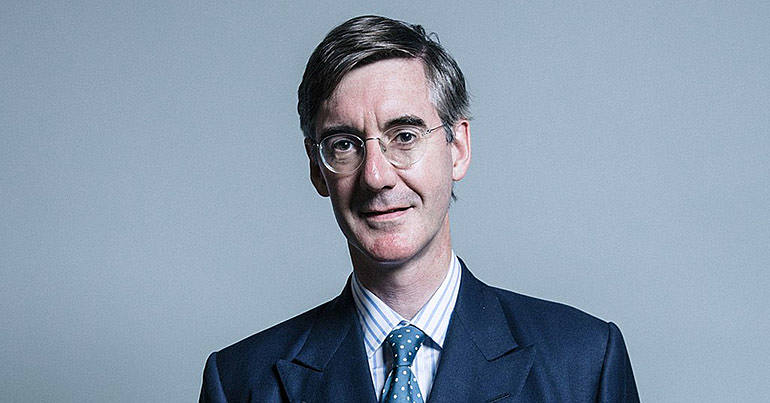 Seriously, are there any limits to the hypocrisy of arch-Brexiteer Jacob Rees-Mogg?

We know that the MP for North East Somerset has a track record of double standards. He’s applied them while talking about student debt. He’s dealt them out during the Russia debate. He also seems to be relying on them in relation to Brexit as well.

But it looks like his latest double-dealings have pushed Twitter over the edge. Apparently, people don’t like it when you sermonise to children on the dangers of cannabis while making money off major players in the weed industry.

The latest accusations against the Tory MP come after the Guardian revealed the investment firm that Rees-Mogg co-founded is currently advising one of the biggest investors in Canada’s cannabis industry. This is in spite of the fact he’s publicly spoken against the legalisation of marijuana in the UK.

Rees-Mogg’s firm, Somerset Capital Management – in which he owns [pdf, p411] more than a 15% stake, is an investment company that also gives advice to corporations on emerging market funds. One of Somerset’s clients is Purpose Investments, a company that is funnelling money into ‘high potential’ industries, including finance and technology in countries such as Russia, Turkey, South Korea, and China.

Purpose Investments also happens to have put a lot of cash into Canada’s fast-growing marijuana market. With cannabis set to be legalised in Canada come October 2018, it expects business to boom. In fact, a subsidiary of Purpose, Redwood Asset Management, has even set up a marijuana-themed exchange-traded fund (ETF) to speculate on the Canadian weed market.

While Rees-Mogg’s firm advises the group on its Purpose Emerging Markets Dividend Fund, which does not directly invest in the marijuana industry, it’s not unfeasible that some of Purpose’s profits will be finding their way into the Tory MP’s pocket.

The hypocrisy of it all

For many people, there is little wrong with recreational marijuana use or with cashing in on the weed industry, especially as Canada and several US states have moved to relax regulations on cannabis. But Rees-Mogg is not one of these people. In fact, he’s unwilling to support either decriminalisation or legalisation in the UK.

Just last year, he told two teenagers during an interview that, for him to back deregulation, there would have to be “overwhelming evidence” that the drug doesn’t cause “psychological problems”.

He added that lawmakers pushing for legalisation hadn’t “managed to establish that the extra risks would be worth taking.”

Unsurprisingly, Rees-Mogg’s caution regarding the dangers of drugs seems to fly out of the window when big deals are at stake.

As ever, Twitter was quick to pick up Rees-Mogg’s posturing and call the MP out for his hypocrisy:

Prominent Brexiter Jacob Rees-Mogg refuses to back decriminalisation or legalisation of cannabis in the UK but that hasn’t stopped his firm advising top Canada marijuana market investor" #fraud #hypocritehttps://t.co/4RC4lzAsYl

Even people who claim to admire Rees-Mogg’s ‘integrity’ were calling out the double standards:

@Jacob_Rees_Mogg Regrettably, I once shook your hand telling you that I approved of your integrity. Now, I see your company will benefit from Canada’s decriminalisation of cannabis – something you oppose here. Hypocrite! A hard Brexit makes you richer and most of us much poorer.

Someone even used the wise words of ‘Afroman’ to highlight the bizarre contrast between Rees-Mogg’s so-called ‘traditional values’ and his company advising a major cannabis investor:

Because of the Tory MP’s reputation for posturing, the verdict is out on his true feelings regarding recreational cannabis use. Although he refuses to throw his weight publicly behind deregulation, he reportedly sent a letter of support to Lord Nicholas Monson after the peer launched a campaign to legalise marijuana.

One thing’s for sure. What Jacob Rees-Mogg says in public is very different from how he acts in private, and he must be held accountable for such discrepancies. He can try to blur the line between words and actions all he likes, but it would take all the cannabis in Canada to see this particular Tory MP as anything other than a hypocrite.