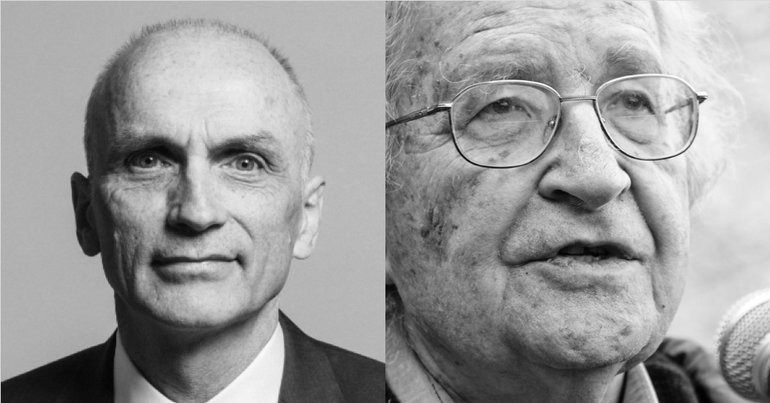 Over 100 “prominent members of the Jewish community”, including Noam Chomsky and Norman Finkelstein, have signed a letter in support of MP Chris Williamson.

Williamson was originally suspended from the Labour Party in February after video footage emerged of him saying:

The party that’s done more to stand up to racism is now being demonised as a racist, bigoted party. I’ve got to say I think our party’s response has been partly responsible for that because in my opinion… we’ve backed off far too much, we’ve given too much ground, we’ve been too apologetic.

He was then readmitted on 26 June with a formal warning following a disciplinary panel’s decision; but the party decided on 28 June to remove his whip again. In the two-day period that Williamson was readmitted, a group of MPs led by deputy leader Tom Watson professed outrage at the decision.

A poll conducted by LabourList shortly after found that the party’s grassroots overwhelmingly supported his reinstatement.

We the undersigned, all Jews, are writing in support of Chris Williamson and to register our dismay at the recent letter organised by Tom Watson, and signed by parliamentary Labour party and House of Lords members, calling for his suspension…

It was originally published in the Guardian, which has repeatedly misreported Williamson’s (and others‘) words in the same fashion.

“We regard Chris as an ally”

The mass media have ignored the huge support for Chris both within and beyond the Labour party. Support that includes many Jews. The party needs people like him, with the energy and determination to fight for social justice. As anti-racist Jews, we regard Chris as our ally: he stands as we do with the oppressed rather than the oppressor. It should also be noted that he has a longer record of campaigning against racism and fascism than most of his detractors.

The Chakrabarti report recommended that the party’s disciplinary procedures respect due process, favour education over expulsion and promote a culture of free speech, yet this has been abandoned in practice. We ask the Labour party to reinstate Chris Williamson and cease persecuting such members on false allegations of antisemitism.

But the announcement may fail to placate some, who consistently confuse Chomsky’s absolutist position on free speech with support for people with abhorrent views.

As The Canary recently reported, this is not the first time that Chomsky has come out in support of Williamson. This week, for example, he argued that the smear campaign was “an insult to the memory of victims of the Holocaust”.

For large sections of the Labour membership, such high-profile opposition to the smear campaign will likely come as a breath of fresh air.