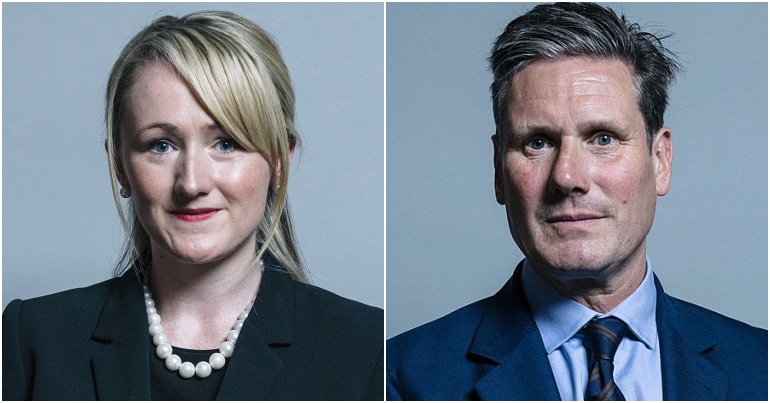 The Board of Deputies for British Jews (BoD) has released a set of ten pledges it believes every leadership candidate for the Labour Party should adopt to “begin healing its relationship with the Jewish community”.

Unfortunately, the BoD believes this healing will happen through erasing Jewish voices like mine from discussions about the party’s policies. I’m not a Labour Party member. But I am a Labour voter who’ll never be welcomed into the party if this document is adopted. And tragically for the party, most contenders, including two of the frontrunners in the contest, Keir Starmer and Rebecca Long-Bailey, have capitulated to its demands.

These are the pledges the BoD is asking candidates to adopt:

Today we release our #TenPledges, identifying 10 key points we believe Labour needs to sign up to in order to begin healing its relationship with the Jewish community.

We would expect candidates for Labour Leader or Deputy Leader to publicly & unequivocally endorse these in full pic.twitter.com/fN66jv00c7

— Board of Deputies of British Jews (@BoardofDeputies) January 12, 2020

Any action that tackles racism should be welcomed. However, there are elements of these pledges that can only be described as chilling. If adopted, they essentially position the BoD and the Jewish Labour Movement as the only legitimate voices on antisemitism. In particular, clause 8 dictates:

Labour must engage with the Jewish community via its main representative groups, and not through fringe organisations and individuals.

In other words, the party must only listen to certain voices. It must ignore socialist Jews. And it must ignore Jews who don’t support the actions of the Israeli state. Furthermore, as one Twitter user asked:

What constitutes as fringe groups/representative of the community? And who decides? Does this include Jews of colour, LGBT+ Jews?

Meanwhile, clause 5 argues that those who:

support, campaign or provide a platform for people who have been suspended or expelled in the wake of antisemitic incidents should themselves be suspended from membership.

Interested in point 5. The idea that anyone supporting someone suspended for something should also themselves be suspended is patently unworkable and is contrary to ideas of natural justice.

There are other problems with this document. Jewish writer David Rosenberg tweeted:

Woke up to radio news saying Board of Deputies wants Labour leadership candidates to sign up to their “10 point plan” to rebuild relations with J community. I’m old fashioned. I think Labour members, not anti-Labour right wingers, should decide our policy!

And journalist Matt Kennard stated some of the problems with supporting the BoD:

Too far for me. Disgraceful. And suicidal. It’s over. pic.twitter.com/0e220FLhD1

Other people highlighted the BoD’s support for Boris Johnson:

And then there’s the issue of how one-sided these pledges are. As Jewish author Michael Rosen tweeted:

I hope that the Conservative Party also sign up to this in relation to Johnson's editing of 'Taki'+his own writings, Rees-Mogg's jibes about Soros+'illuminati'+RT of AfD, Cummings's targeting of Goldman Sachs+the outstanding cases (incl.MPs) that Gove identified in @JewishChron

Criticising the state of Israel is not antisemitic

The BoD is clear on its support for Israel. Its website states that one of its purposes is to:

express our community’s bond with the State of Israel

And in a recent post about the proposed Boycott, Divestment and Sanctions (BDS) restrictions Boris Johnson announced in the Queen’s Speech, it proclaimed:

This divisive activity [BDS] intimidates Jewish communities in the Diaspora and does nothing to build peace in the Middle East. We welcome the Government’s pledge today to take action.

Let’s get one thing straight. Criticising the state of Israel is not antisemitic. Yes, there are critiques of Israel that are antisemitic, and these should be called out and condemned. But supporting the Palestinian people who face violence and repression on a daily basis is not. Likewise, supporting calls to boycott Israel over its treatment of Palestinian people is not antisemitic and is certainly not ‘intimidating’. And it ignores the fact that many Jewish people, myself included, feel a duty to speak out against the actions of the Israeli government.

But one thing appears clear from the BoD’s pledges – it will not tolerate, and will work against, any Labour leader with the audacity to call for an arms embargo on Israel.

Antisemitism is on the rise, and it’s terrifying

If any of the prospective leaders of the party are serious about tackling racism, they need to stand up to these wannabe gatekeepers, and critically analyse what they’re being asked to do. Then they can adopt the pledges that make sense and don’t undermine human rights.

There’s no place for antisemitism in the Labour Party or anywhere else in society. But this is achieved by listening to and working with all Jewish people – not dismissing those of us who disagree with the right-wing BoD as “fringe organisations and individuals”.