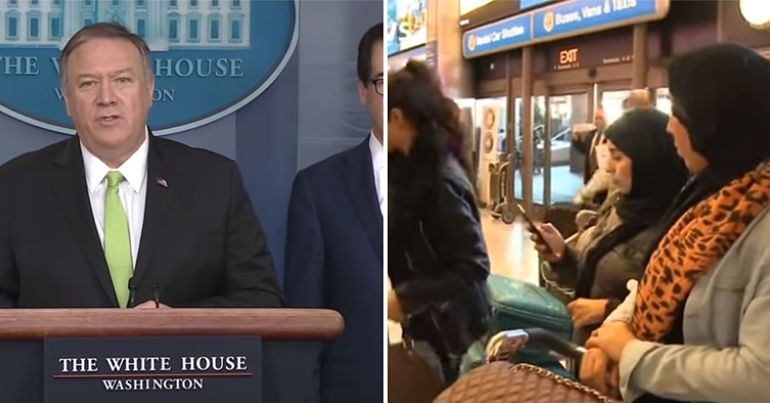 Since the beginning of this new decade, Donald Trump has pushed the US even closer to a war with Iran. So it’s somewhat ironic, and indeed sickening, that on 12 January, US secretary of state Mike Pompeo tried to paint the US as a friend of the Iranian people:

"America hears you. America supports you. America stands with you. May God bless the people of Iran." — @SecPompeo #IranProtests pic.twitter.com/BLlDtNcOJP

Pompeo’s tweet could be tactical and not dissimilar to what US forces did in Iraq in 2003 to try and win over Iraqi citizens. But of course, such an obvious and despicable double standard couldn’t go unchecked. So people were quick to call Pompeo out.

Firstly, the Trump administration’s travel ban suspends the issuance of visas to applicants from Iran and four other Muslim-majority countries. It also precludes Venezuela and North Korea. It has even kept Iranian families apart from each other.

Yet disturbingly, Trump hopes to expand the ban to additional countries. So Palestinian-American author Linda Sarsour responded to Pompeo by reminding him of the government’s cruel travel ban which prevents Iranians entering the US:

If you love the Iranian people so much, why don’t you take them off the Muslim travel ban list. 🤷🏻‍♀️ https://t.co/qu9MvItlmL

And she wasn’t the only one to pick up on this glaring piece of hypocrisy:

Another person made a direct connection to the recent assassination of Qassem Soleimani, the head of Iran’s Quds Force:

US sanctions on Iran

Another person, meanwhile, reminded us of devastating US sanctions against Iran:

Sanctions re-imposed against Iran in May 2018 by the US have already inflicted significant damage. They hit oil exports and caused foreign investment to stop. Additionally, the sanctions hit poorest people the hardest, and unemployment rose to 16.8% in 2019. And following Iranian retaliation for the assassination of Soleimani, a new round of sanctions were announced.

Finally, there was a timely reminder that the ongoing tension is nothing new for the US. One tweet highlighted previous US interference in Iranian democracy: 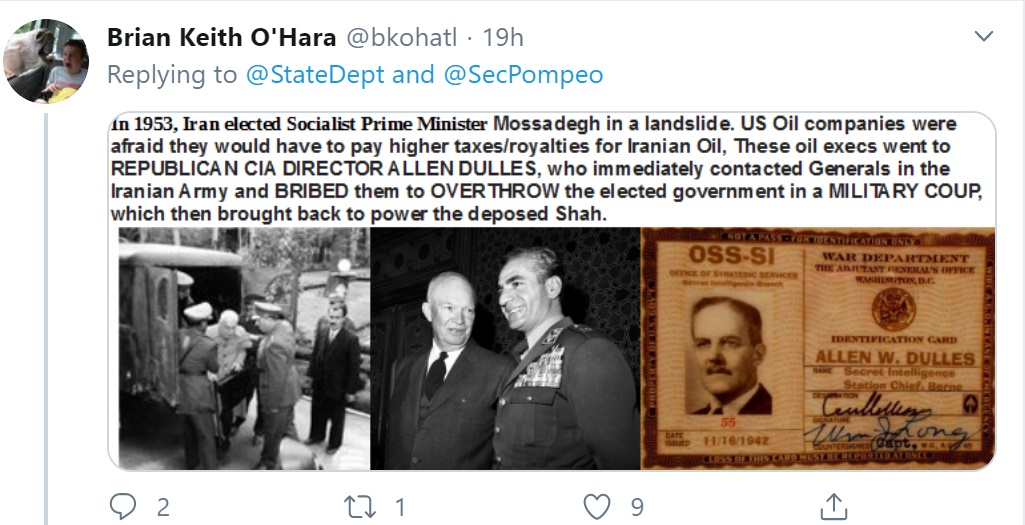 We know it’s about the money

The US and other foreign powers would have little interest in Iran were it not for the benefits to the oil and arms industries. So Pompeo’s tweet is pure hypocrisy.

It’s time for the US and its allies to butt out and let the Iranian people determine their own destinies.