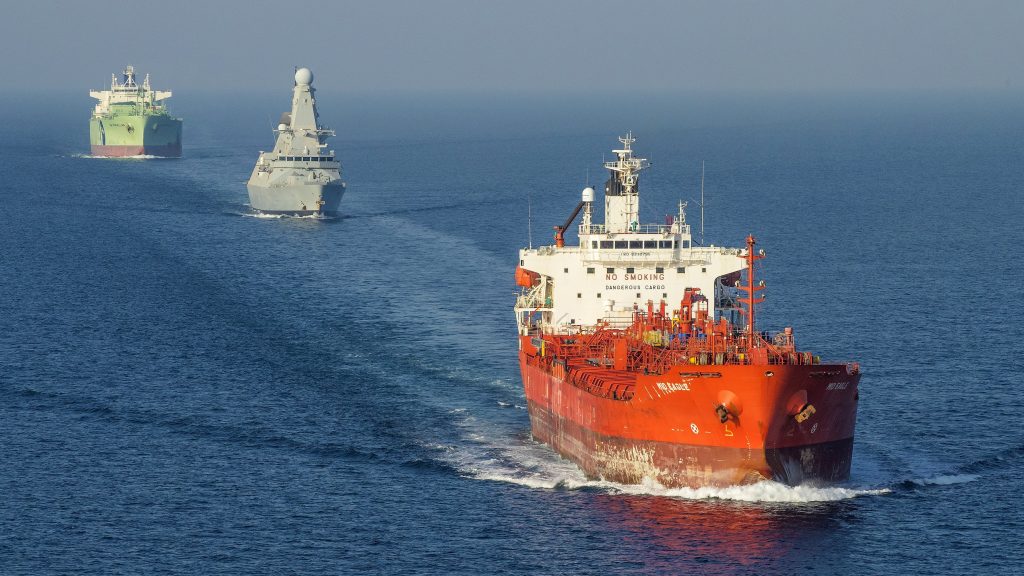 Iran has long been a key regime-change target for the US. And it has faced increasing hostility from the superpower in the last couple of years. Following Donald Trump’s 2018 exit from the Iran nuclear deal, for example, there have been heightened tensions between the West and Iran. This withdrawal essentially killed the agreement. Ever since, the US has sought to put pressure on Iran via heavy sanctions and military threats.

Strong gains for the oil and arms industries

Brent crude smashed through the 70 dollars per barrel mark early in the day. Meanwhile, the US standard – West Texas intermediate – was up around 1.2% to 63.78 dollars. This capped off strong gains for oil since Donald Trump ordered the murder of Qassem Soleimani, the head of Iran’s Quds Force. Iran has promised to retaliate, and Iraq’s parliament voted in a non-binding resolution on Sunday to oust US troops based in the country. More than 5,000 US troops are still on the ground in Iraq 17 years on from the 2003 US-led invasion.

The assassination has raised fears of a potential escalation of violence in the region, and even an all-out war between the US and Iran. And traders have pushed up the price of oil in response to these fears, as a war in the region could cut off supplies and restrict shipping through the vital Strait of Hormuz, where a fifth of the world’s oil supply is transported. The strait, around 20 miles across at one point, sits between Iran and the Arabian Peninsula, home to its regional rival Saudi Arabia.

The news has also been a boon for London-listed oil majors and weapons manufacturers. BP was up around 1.85% on Monday, for example, while BAE Systems rose 1.65%, leading the FTSE 100.

Trump has also insisted that Iranian cultural sites are fair game for the US military, dismissing concerns that doing so could constitute a war crime under international law. And he warned Iraq that he would levy punishing sanctions if it expelled US troops.

Military action against cultural sites would likely be illegal under the laws of armed conflict and the UN charter. Oona Hathaway, an international law professor at Yale and a former national security law official in the Defence Department’s legal office, said Trump’s threat amounted to “a pretty clear promise of commission of a war crime”.

Progressive politicians in the US have slammed Trump’s actions. Army veteran Tulsi Gabbard, for example, said:

We need to get out of Iraq and Syria now. That is the only way that we're going to prevent ourselves from being dragged into this quagmire, deeper and deeper into a war with Iran. #WWIII #TrumpsWar #StandWithTulsi pic.twitter.com/nb8mLfiywq

The US-led joint task force against ISIS has suspended operations against that terror group. Their resources and forces are having to get into a defensive posture because of this situation w/ Iran. This is exactly what Saudi Arabia wanted, and this is what al-Qaeda & ISIS want… pic.twitter.com/fOJ4OkznT9

It's nearly 17 years since the war in Iraq started.

This country needs a whole lot of things, but one thing that we do not need is another war. We’ve got enough of those.

Indeed, anyone who considers themselves to be progressive should completely oppose a US war against Iran. Because it would be disastrous for everyone involved. And the only people who’d benefit would be oil and arms trade executives, and the politicians in their pockets.