As Johnson prepares to spaff £120m on a Brexit festival, he's soon reminded of where the money should go - Canary 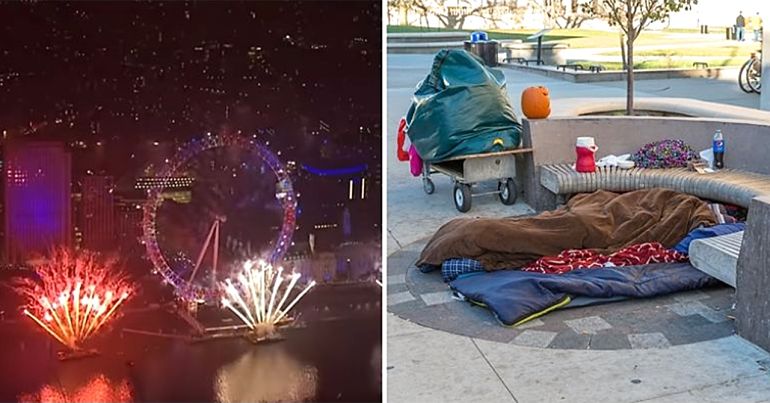 While the UK leaves the EU on 31 January, it will remain in the EU’s customs bloc and single market until the end of 2020. During that transition period, it will negotiate its future relationship with the EU.

And not only does Boris Johnson believe there’s sufficient time to do that, but his government wants to celebrate it afterwards. So, it’s allowing two years of planning and £120m of spending to hold what some have called a “festival of Brexit“.

It’s simply disgusting that he’s allocating so little time to important negotiations and so much money to a festival while neglecting worthy causes by contrast. This sickening irony wasn’t lost on people who took to social media to express their anger:

£3 million to share out between outreach teams and current projects from charities Crisis, Salvation Army and Teardops, to solve an all time high in homelessnes resulting in hundreds of deaths & there is £120 million for a Brexit Festival. #ToryPriorities https://t.co/Ro5xY1q69e

The 2022 festival aims to bring “joy, hope and happiness”. And according to the festival organiser Martin Green, it could help ‘bring the nation together’. But Johnson will no doubt be hoping it won’t be a ten year anniversary reprise of the “subversive” “joke-filled” and ‘Tory-enraging’ Olympic opening ceremony that Green also oversaw.

More importantly, people in the UK living in poverty and experiencing homelessness who could suffer even more because of Brexit have more pressing needs. So one person made their disgust quite clear:

While others made their opinions known about what should happen with this money:

Labour MP David Lammy couldn’t understand how such a divisive issue was meant to ‘unite’ people:

Sorry what? How can spaffing £120 million of taxpayers' money on celebrating the most divisive and polarising issue of this generation 'bring the nation together'? https://t.co/faQYV4sCOa

It’s also sickeningly ironic that the prime minister who has no problem allocating such a sum to a festival believes spending £60m investigating child abuse is money “spaffed up a wall”. And to add insult to injury, a mere £3m will fund a project to help homeless people find work and a place to live.

Add to this the fact that under the current Brexit withdrawal bill workers’ rights will no longer be aligned with the EU’s. Also, legal protections for refugee children to reunite with their family members will no longer go ahead.

And there’s even less time to negotiate

Despite the UK voting to leave in June 2016, its future relationship with the EU is still not certain. And the European commission president Ursula von der Leyen has questioned “if all these negotiations are feasible” during the transition period.

In fact, negotiating teams will probably have less than 11 months. The EU might not have its negotiation mandate signed off by all 27 members until March. And the EU and UK must make a decision about extending the transition period by 1 July.

They could agree to extend the transition period by up to two years, but the withdrawal bill already rules this out. So the clock is very much ticking.

Spending such money on a festival should only get the go-ahead after the government has looked after its people’s basic needs. And the festival is even harder to understand after Johnson told his senior ministers to “root out waste” in their departments. Over the next two years there are many more worthy causes for that £120m.