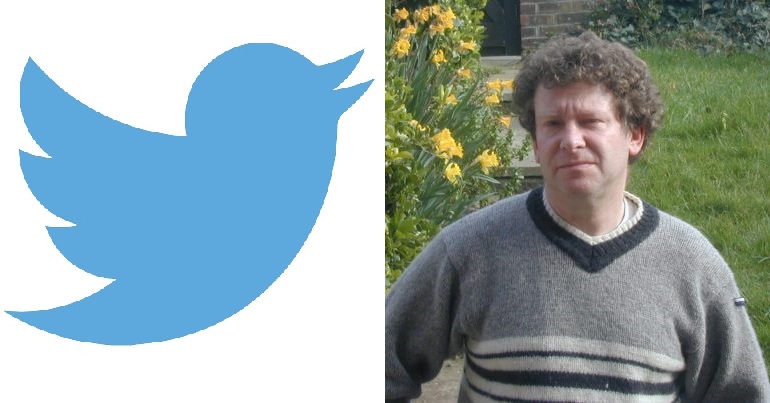 Twitter has permanently suspended the account of Jewish pro-Palestine activist Tony Greenstein over allegations of ‘hateful conduct’. Meanwhile, Twitter has apparently found antisemitic abuse by other users against Greenstein not to fall foul of its hateful conduct policy.

Greenstein has now shared his experience with The Canary.

Greenstein shared images of the tweets for which Twitter allegedly suspended his account with The Canary. The most contentious among them is one where he compared Israel’s blockade of the Gaza Strip to a WWII Jewish ghetto under Nazi occupation: 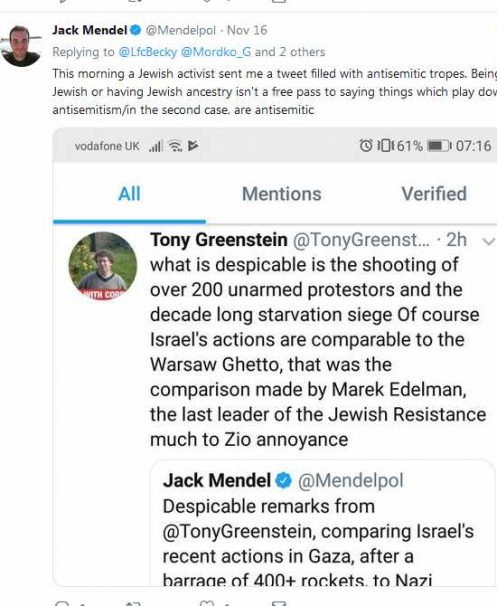 Marek Edelman, the leader Greenstein mentioned, wrote a letter in 2002. As Haaretz explained, “the letter is filled with hints of comparisons between the Palestinians’ fight and that of the ghetto residents”.

And this isn’t the first time Twitter has penalised Greenstein for posting content that is critical of Israel.

In February, his account was locked because his profile featured an image of Ahed Tamimi, the 17-year-old Palestinian girl imprisoned for slapping an Israeli soldier (who was outside her home in the occupied West Bank) after another Israeli soldier had shot her 15-year-old cousin in the face. 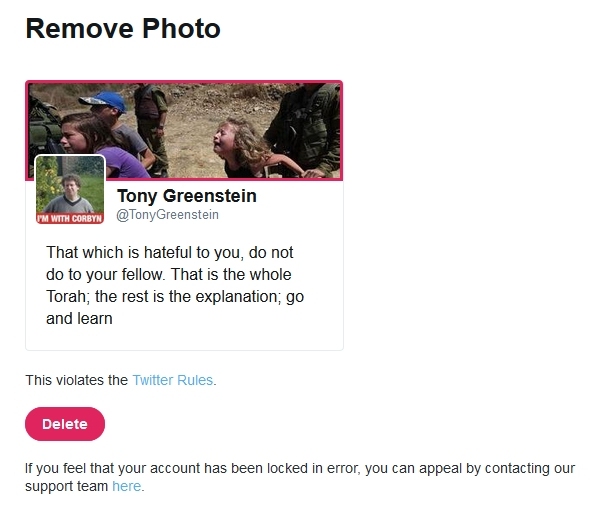 And again in August, Twitter locked Greenstein’s account, he alleges, for offending a Zionist user. He went on to say:

For the past two years a link to my blog has been blocked as ‘spam’ by Twitter.

Yet when it came to antisemitic abuse that Greenstein faced, including another user wishing his family had died in concentration camps, Twitter took no action:

Speaking to The Canary about the suspension of his account, Greenstein said:

Despite the publicity about alleged abuse of Zionists, it’s Jewish anti-Zionists who get the most abuse. We are called traitors, self-haters etc. Twitter has taken this to a new level. Someone wishing my family and I had perished in the Holocaust is not against their rules, but comparing the siege of Gaza to the Warsaw Ghetto is ‘hateful conduct’. Not surprisingly, Twitter has refused to defend their conduct.

Greenstein maintains that Twitter’s double standards on hateful conduct amount to censorship of pro-Palestinian voices. He has also documented his experience with Twitter, and his concerns about the controversial examples in the IHRA definition of antisemitism, on his blog.