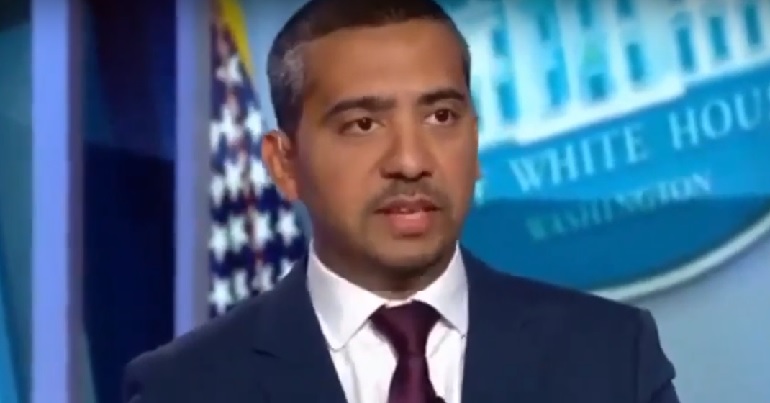 This week, Donald Trump echoed a far-right trope which the Nazis used in the 1930s and 40s. It wasn’t the first time he’d done it, either.

British journalist Mehdi Hasan, however, made a clear and important assessment in response. And it’s one that you’ll rarely hear in the mainstream UK media.

Speaking on CNN, Hasan made an important distinction. Although Donald Trump is a firm supporter of Israel’s far-right government, he stressed this doesn’t mean he can’t be antisemitic:

he’s basically referred to American Jews as secret Israelis with dual loyalties to their prime minister abroad. This is the third time he’s done it as president…

I just think we need to deal with this very dangerous idea that says, ‘being pro-Jewish means you have to be pro-Israeli, or being pro-Israeli means you’re automatically pro-Jewish and you’re immunized from the charge of antisemitsm’. Lots of antisemites support Israel and [its current prime minister] Benjamin Netanyahu. It doesn’t mean anything.

As +972 Magazine highlighted, Israel has both a historical and recent record of supporting far-right governments around the world while receiving their support in return. It supported apartheid South Africa, Cold War dictatorships in Chile and Argentina, and the genocidal regime in Rwanda. And today, it’s moving more and more to the right, becoming bolder in its discrimination as it does. It’s not just the Donald Trump administration which is supporting Benjamin Netanyahu’s regime, either. It’s the far right in Italy, Ukraine, Poland, Hungary, Germany, and beyond – many of which have fascist and antisemitic pasts (and presents).

No amount of support for Israel’s government, meanwhile, can hide Trump’s long relationship with antisemitism. As Hasan said on CNN:

Call out the nonsense

The establishment media in the UK, however, has long played along with the offensive and dangerous idea that support for Israel means support for Jewish people, and that opposition to Israel means opposition to Jewish people. A number of prominent Jewish and Israeli figures have been vocal in calling this out. Indeed, failing to call this out allows Trump and other hard-right figures to use support for the Israeli occupation of Palestine as a shield to deflect allegations of racism against them.

We desperately need more journalists like Mehdi Hasan. Because that would make the fight against fascism and the dangerously complicit establishment media so much easier.