When the Economist tried to sell poor people living longer as a bad thing, the internet responded - Canary 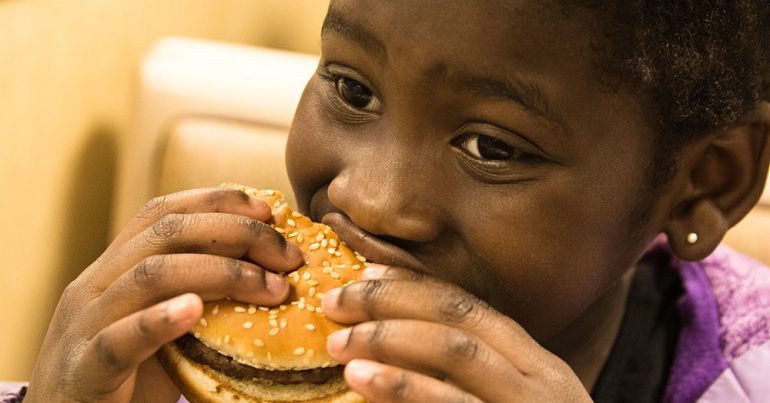 Now and again, the British mainstream media will come out with an exceedingly bad take – one that’s either shockingly racist, classist, or both. The Economist’s article on increased meat consumption around the world is the most recent example.

The British media outlet shared the article on its Twitter feed with a short video, along with the following caption:

More poor people are eating meat around the world. That means they will live longer, healthier lives, but it is bad news for the environment

While the video begins by discussing a trend towards veganism and vegetarianism in “rich countries”, it says “in the rest of the world the trend is going the other way”. After discussing population growth in African countries, the video claims:

as Africans get richer, they will eat more meat. Animal meat could benefit the health of Africans. Many African children suffer from iron and Vitamin A deficiency. Animal products are a convenient source of these nutrients.

The video goes on to say that eating more meat “poses a problem for the environment” and “risks speeding up global warming”.

More poor people are eating meat around the world. That means they will live longer, healthier lives, but it is bad news for the environmenthttps://t.co/CFpeTTFjC5 pic.twitter.com/W3NGBDxjPd

Many people have criticised the article and the accompanying video. They pointed out the callousness of discussing the well-being of poor people as something that could be traded for the environment:

Somebody please make sense of this stupid article for me.🤨

We gotta stop poor people from eating to save the environment!

The Economist coming out strong with the “too bad poor people are living longer” take.

I’m pro-environment, but this headline is so ridiculously out of touch it hurts to read.

“Poor people are finally able to live healthier, longer lives, but actually this is a bad thing.”

The Economist is about three issues away from suggesting in a “thought experiment” that the poor should be ground into meat for the rest of us—to protect the environment. https://t.co/r2xL2oENZQ

While people have criticised the video for its classism, it has also been described as inherently racist. It’s not a coincidence that the poor people in question are also People of Colour in developing countries around the world:

"should poor people who aren't white be allowed to live longer and healthier lives? let's discuss."

congrats on coming out as nazis @TheEconomist
when can we expect the E to be replaced by a swastika? https://t.co/8IjgpUCwjJ

Some people also rightly pointed out that it’s not just “meat-eating” but industrial mass-production of meat that’s the problem. And as report commissioned by the UN pointed out, it’s rich countries that need to consume less meat. As with most environmental catastrophes, capitalism is the biggest culprit:

The problem is not meat eating in itself: the problem is the industrialized attempt to supply global demand, you demonic malthusianists. https://t.co/mEVtoRIJSg

The Economist says the poor are destroying the world. It's not the system they champion, it's not forcing that system on the poor globally, it's the poor who are to blame because they gave in to the demands of Western capitalists, economists and investors.
Fuck you.#cdnpoli https://t.co/4Nxb54Bkx9

Clearly, the Economist missed out the most obvious solution to climate change. We just need to eat the rich.