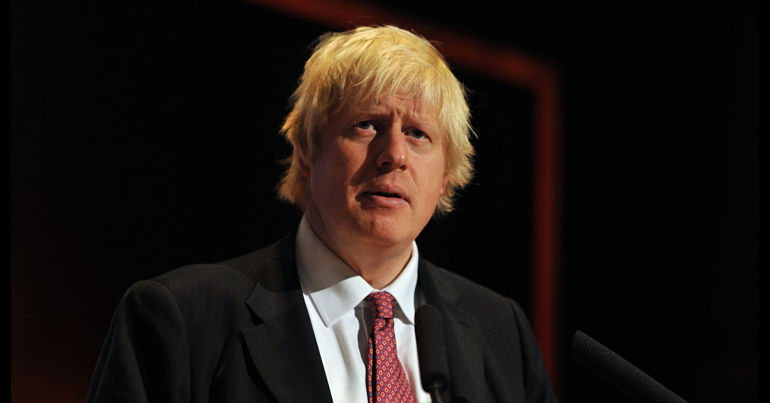 Boris Johnson called for “no bullying and no harassment” when he published his new ministerial code of conduct on 23 August. He also called for “the very highest standards of propriety”.

Johnson said this despite discussing the beating up of a fellow journalist and lying when he worked as a journalist. He was also part of the Vote Leave campaign that is under investigation. And he’s also created a cabinet with a track record of indiscipline.

In 1990, Johnson discussed giving “a couple of black eyes” and a “cracked rib” to journalist Stuart Collier. He discussed this with his friend Darius Guppy. Johnson agreed to help supply Collier’s address.

The Times sacked Johnson as a journalist for making up a quote. Johnson’s track record even prompted one BBC presenter to call him a “nasty piece of work”. People on social media didn’t take long to point out this glaring contradiction. And they made their feelings very clear:

But lying is okay, yah

This is the language we knew from Germany 1944/45https://t.co/FyNuAq2NSS

If Johnson’s own record wasn’t bad enough, he’s built a cabinet of undisciplined politicians around him. Home secretary Priti Patel was forced to resign as international development secretary in 2017. She failed to declare secret meetings with Israeli ministers, business people, and lobbyists. One person was quick to point this out:

PM warns ministers over perceived conflicts of interest. Doesn't one of his own hand-picked cabinet members advise a company about arms purchases? The unique Priti Patel https://t.co/EqAvRTqQdH

Yet Williamson & Patel are in his Cabinet, having been sacked from May’s for breaches https://t.co/xk5cAsAzXC

The solution is simple

The hypocrisy of Johnson’s call is almost too outrageous to challenge. But that’s exactly what we must do. Hypocrisy, even something this obvious, builds cynicism about politics if we ignore it. So we must challenge it and ensure we get someone in No 10 with principles.