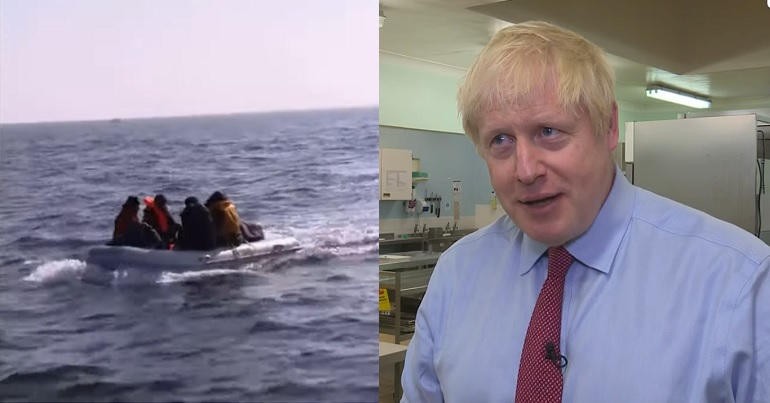 British PM Boris Johnson has told refugees and asylum seekers looking to come to the UK via the English Channel: “We will send you back.” In a statement to ITV News, Johnson said:

If you come illegally you are an illegal migrant, and I’m afraid the law will treat you as such.

His statement comes in response to the recent arrival of 64 refugees and asylum seekers, including four children, via the English Channel.

Organisations working for migrants’ rights have criticised  the PM’s statement. The Joint Council for the Welfare of Immigrants described Johnson’s comments as “misleading” adding that, his comments would “inflame tension”. Moreover, they said his words could lead to the violation of international law if put into practice.
The organisation has defended the right of people who reach English shores to have a voice. It said we should create “safe and legal routes for vulnerable people to come”. A spokesperson has said:

The UK is perfectly capable of providing safety and a well-functioning, dignified welcome for desperate people trapped in limbo across Europe.

Human rights lawyer Annette Elder said the UK can’t just turn everyone away, because it’s “bound by legal obligations”. Elder said that this is an example of the criminalisation of asylum seekers. She also described the PM’s language as “inflammatory” and said, “Everyone has a right to seek asylum”.

Opposition leader Jeremy Corbyn has said it’s important to consider if people are seeking refuge from countries affected by war, such as Syria or Afghanistan.

Asylum seekers in France have previously said they left their home countries due to political persecution. The UN has described conditions in France’s migrant camps as dire, making some willing to even risk death to come to the UK.