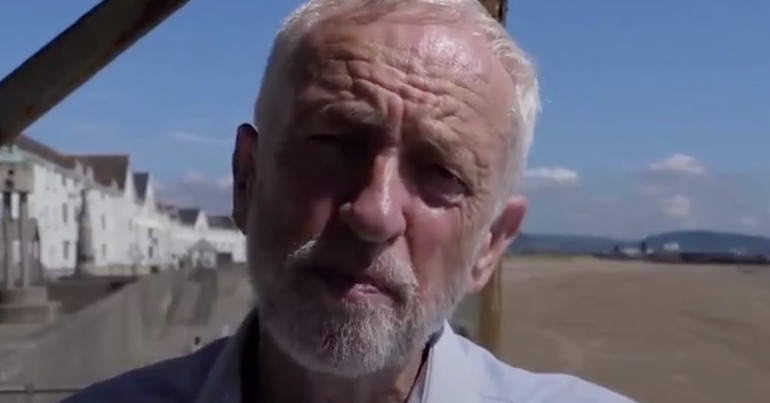 The Amazonian rain forest is on fire. It’s an unprecedented environmental catastrophe. And in the face of this crisis, Jeremy Corbyn’s shown true leadership yet again.

“The climate emergency is real”

In one tweet, Corbyn summed it all up. He quite rightly laid blame on Brazil’s far-right president Jair Bolsonaro, saying:

Jair Bolsonaro seems not to give a damn about the Amazon rain forest. 70,000 fires this year, as he encourages the forest to be burned.

And Corbyn is spot on, because as The Canary reported, Bolsonaro’s actions play a key role in this crisis. And unlike Boris Johnson and the Conservatives, Corbyn’s not afraid to call out the far-right leader. In a joint letter to Johnson, Corbyn also said the Brazilian president had:

allowed and indeed encouraged these fires to take place, to clear the forest in order that the land can then be used for … short-term agriculture production, and after that it becomes desert.

Corbyn also emphasised how important it is to stand up to Bolsonaro because:

The climate emergency is real.

Bolsonaro, Trump, Boris Johnson have got to recognise you cannot allow the speculators to run this planet.

But Corbyn didn’t just criticise, he offered a solution and a viable alternative:

Labour’s approach is quite simply this, put people and the planet first… Labour wants to work with the rest of the world to protect our natural world, not destroy it.

This is true leadership, and as the fire’s continue to burn, we need this more than ever before.